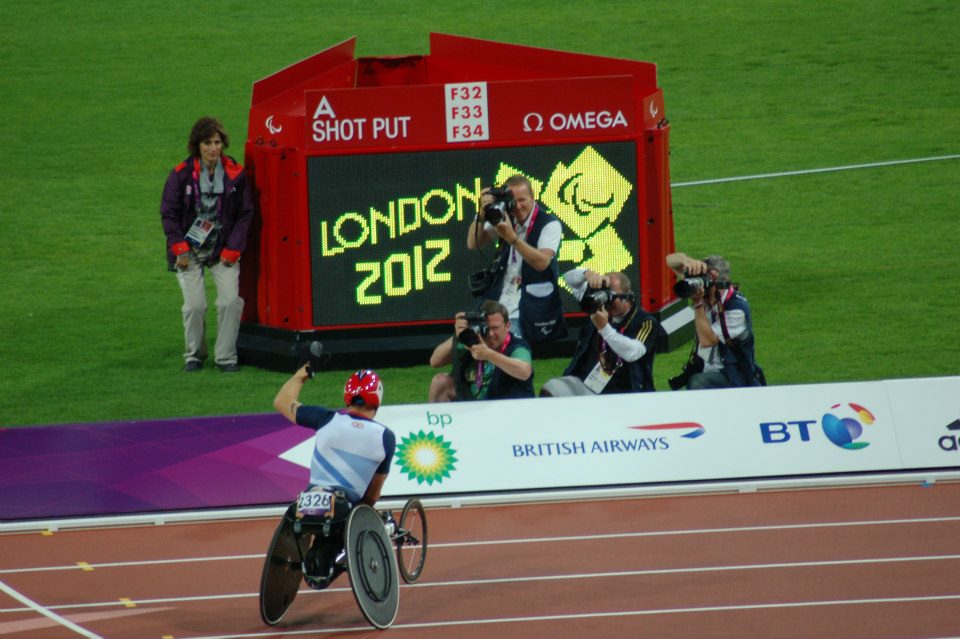 Ten years ago, London hosted the Summer Olympic and Paralympic Games. For London 2012 planners, a central aim was that this mega-event would change the way non-disabled people – and society at large – see disabled people in the long-term.

Prominent political figures including Tony Blair, Ken Livingstone and the chairman of the London Organising Committee, Sebastian Coe, placed diversity and inclusion at the heart of the London legacy plans. They contended that the magic of hosting is in the ability of such events to tackle endemic social problems.

Quite whether London 2012 has delivered on its promises for disabled people depends largely on who you talk to. The UK government and many of those involved in organising the London 2012 Paralympic Games have hailed them a great success.

Experts and organisations representing disabled people paint a very different picture, however. As medical historian and author Anne Borsay pointed out in her book Disability and Social Policy in Britain Since 1750: A History of Exclusion, disabled people in Britain (as in many countries around the world) were deemed second-class citizens before 2012 – and, on the whole, they still are.

Research shows they are often marginalised from the rest of society through a mixture of physical barriers, negative attitudes, and a lack of access to education, employment, housing and other key resources. This was a problem identified, in particular, in the lead-up to the Tokyo 2020 Olympics and Paralympics in Japan.

Inclusivity was a central aim

Underpinning London 2012 legacy plans for disabled people was what experts and campaigners term the “social model” of disability. Contrary to the medical model, which posits that disability is caused by a person’s impairments or difference, the social model holds that people are disabled by barriers in society. The idea, therefore, is to change societal attitudes in order to enable people with disabilities to live good lives.

These legacy plans comprised three broad aims. First, to improve access for disabled people to goods, services and employment opportunities and to work with the media to positively raise the profile of disabled people’s place and talents in society.

Second, to support opportunities for disabled people to participate in sport and physical activity, in particular. And third, to promote greater participation in the community through the Games.

It is possible to claim limited successes for the London Games, particularly around elite parasports and education. Advocates at the highest level of sport and politics used the London 2012 Paralympics to influence the infrastructure and education around disability. Ex-Paralympians Tanni Grey-Thompson and Chris Holmes now sit in the House of Lords, where they are able to push for change.

And in its Get Set education programme, for the first time an Olympic organising committee used the Paralympic values – courage, determination, inspiration and equality – as well as Olympic Values in the national schools programme during London 2012. This has become the blueprint for the globally successful I’m Possible Paralympic educational resource. Research shows how Olympic host cities and national paralympic committees have used what they learned from London 2012 to build the visibility of the Paralympic movement and its role in sport and society.

Closer to home, UK Sport and Sport England have prioritised and consistently funded elite – and to a lesser extent, grassroots – sports provision for disabled people across the country. Since London 2012, the Great Britain Paralympic team, in particular, has enjoyed increased funding and continued success at all summer and winter Paralympic Games.

In terms of transforming attitudes towards disabled people and increasing their participation in the community, however, success cannot be claimed. Research has found that London 2012 Paralympics had a minimal impact on the number of disabled people taking part in sports. Further, in 2018, the Activity Alliance released research showing that “almost half of disabled people (47%) fear losing their benefits if they are seen to be physically active.”

Moreover, disabled people’s lives have been shown to have worsened since 2012. The fallout from the 2008 global economic crash meant that people with disabilities across the world were facing greater poverty, exclusion and risk of abuse.

The austerity measures put in place in the UK from 2010 saw disabled people described as benefit scroungers in the national press. In 2019, the United Nations published a scathing report on how the UK government was treating disabled people. By 2022, the report projected, some families with disabilities in the UK would have lost more than 30% of their annual net income. It also highlighted how many people were already shouldering most of the financial burden of their own care.

The pandemic, of course, has made a bad situation worse. Research shows disabled people have been severely impacted. According to the Office of National Statistics, people with disability comprised six in every ten COVID-19 related deaths in the UK in 2021.

As a result of these compounded crises, the author, journalist and disability activist Frances Ryan has claimed that disabled people in the UK are now enduring “nine times the burden of cuts compared to the average citizen, with people with the most severe disabilities being hit a staggering 19 times harder”.

The International Paralympic Committee has launched two campaigns – WeThe15 and The Valuable 500 – which effectively broaden the scope for reshaping the way society views disabled people. It is a tacit acknowledgement that mega-events do not take place in a vacuum. They, and any associated legacy plans, are just as susceptible to external issues beyond their control – meaning that on their own, these events cannot achieve the transformational social change that is often claimed for them.

Because they elicit such extensive media coverage, the Paralympic Games can start a discussion around disability issues. But for things to really change, one summer mega-sporting event every four years is simply not enough.

This article is republished from The Conversation under a Creative Commons license. Read the original article.