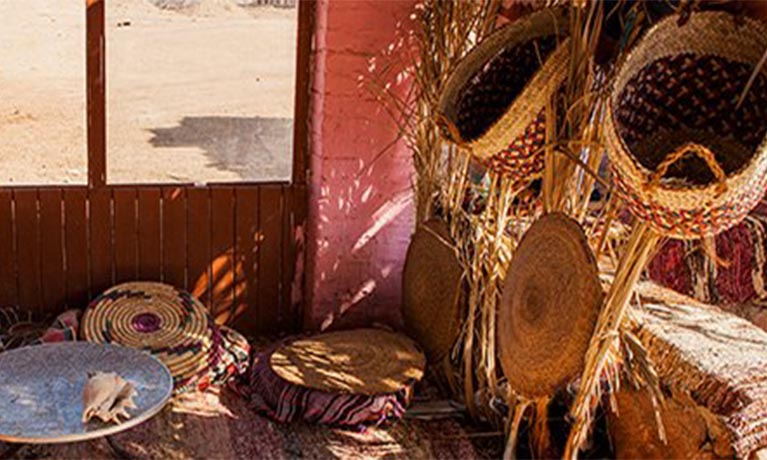 The On Our Land team at CTPSR has been working with communities in the occupied Palestinian territory (oPt) to support community members in the development of inter-generational knowledge and cultural practices related to their land in order to flourish. This Coventry University research project has involved partnerships with organisations and young people in Palestine to support the protection and preservation of tangible and intangible Palestinian Cultural Heritage.

Première Urgence Internationale (PUI) in cooperation with cultural organisations, universities in the Gaza Strip and international experts work to protect and preserve Tell Umm ‘Amr (The Saint Hilarion Monastery) in Gaza. The Monastery of Saint Hilarion, is a rare site for its architectural elements and bears an exceptional historical, religious and cultural testimony. The monastery was an important station on the crossroads between Egypt and Palestine and was an important place of exchange and transmission for cultural and educational activities.

The diverse, on-site training in archaeological skills, photogrammetry, mosaic treatment, identification, drawing of objects, artefacts, and zoo archaeology form a hub of activities for the community in the Gaza Strip. Technicians, students, and professional workers have benefited and improved their capacities during this international knowledge exchange.

During the project, the Saint Hilarion Monastery acted as a central, peaceful space for community gatherings. Cultural events to revive the intangible Palestinian cultural heritage in the Monastery by engaging children, youth, women, as well as elder generations in cultural activities. More than 200 people have attended four events and open days on the site and since December 2017 and 84 youth – including 48 females – have received training in the field of heritage protection and archaeological conservation.

The Palestinians living in the South Hebron Hills (SHH), occupied Palestinian territory (oPt), are village dwellers. They have a rich cultural heritage, including vivid oral tradition, pastoral and agricultural practices, food and drink, and traditional arts and handicrafts. This heritage is at risk as a result of the Israeli occupation which has seriously impacted how Palestinians share their lived cultural heritage between generations and communities.

A group of 30 young people living in the SHH have been trained in oral history and research techniques, film and photography, and advocacy and presentation skills.  They have recorded 100 hours of interviews with members of the oldest generation in thirty villages and hamlets to gather their intangible cultural heritage. Heritage recorded by the youth researchers has been shared with local, national and international audiences and this film illustrates their work.

On February 24th, the On Our Land team organised a Symposium with Première Urgence Internationale (PUI). This international symposium shared experiences about protection of both tangible and intangible cultural heritage by Palestinians from South Hebron Hills (SHH) and Gaza Strip. The event featured presentations of the digital outputs made by the Palestinian youth, including short videos on Traditional Food, Agriculture and herding, and Archaeological places in the Gaza Strip. These inspiring films are available on the CTPSR YouTube channel.

There were also speakers from PUI, Coventry University, Islamic University of Gaza and the University of Palestine, and involvement from the British Council.

This online Symposium involved nearly 100 participants and included live translation allowing participants to choose to listen in either Arabic or English. There was also a sign language interpreter ensuring that everyone involved in the Symposium could participate fully. A conference illustrator provided real time drawings that captured some of the powerful stories and international conversations.

A survey distributed to all participants showed that the vast majority of individuals enjoyed the symposium and learned a great deal about Palestinian cultural heritage. The organisers would like to thank everyone who participated in the symposium and provided feedback on the survey.

This project was funded by the British Council’s Culture Protection Fund, in partnership with the department for Digital, Culture, Media, and Sport.