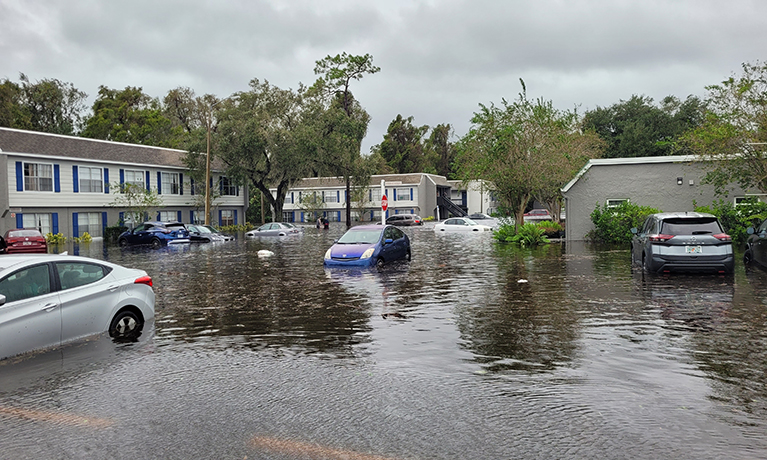 By Dr David Bek, Centre for Business in Society

Speaking at COP27, UN secretary general António Guterres proclaimed that humanity is on a ‘highway to climate hell’, which can only be averted if rhetorical commitments to a low-carbon path are rapidly converted to reality. Data is critical to the fight against climate change. One set of numbers is crystal clear – overall levels of CO2, and other greenhouse gases in the atmosphere are rising rapidly. CO2 levels are currently 419 ppm, their highest for 4 million years. Such gases capture atmospheric heat and trigger changes in climatic patterns, leading to increasingly devastating weather events.

In order to re-set this seemingly inexorable trajectory, we need to know exactly where the emissions are coming from and implement measures to slow or even eradicate them. However, attaining accurate data is proving difficult. Worse, it seems that some stakeholders are gaming data collection systems in order to minimise their contribution to the overall problem. Such behaviours must be stopped in their tracks and replaced by transparency and collaboration if climate breakdown is to be prevented.

If you measure it you can manage it, if the data is correct

Reporting systems have been put in place across the globe in order to identify the relative emissions contributions of different economic activities and countries. Official figures indicate that the operational side of the global oil and gas industry is one of the biggest emitters[i]. However, the situation may be even worse than the official figures indicate. The Climate Trace project[ii] uses satellite technology to detect unreported emissions such as methane leakages and ‘flaring’, the burning of unsellable gas. Their results have found that fossil fuel emissions could be three times higher than oil and gas companies claim, leading Guterres to refer to ‘greenwashing and cheating’[iii] by polluters who are knowingly under reporting their impacts by ignoring key data sources. Ultimately such under-reporting represents a self-serving, short term Pyrrhic victory reducing immediate pressure upon the polluter but only serves to undermine the collective battle to prevent climate breakdown.

Horticulture – not as green as it may seem

The impacts of carbon emissions upon climate change have been known for decades, yet many economic sectors are still only just starting to get to grips with the process of measuring their emissions in a systematic way. The horticultural industry is one such industry which is starting to embark on a journey of exploring its environmental impacts in a systematic data-driven way.

The industry is coming under increasing pressure to tackle its environmental impacts, which can be considerable owing to factors such as greenhouse heating, airfreighting of flowers between continents and usage of peat as a growing medium. Some critics are even questioning the very right for the industry to exist, given that flowers are a non-essential product; i.e. not food. Indeed, a prominent Dutch talk show host launched a scathing critique of the industry[i] on the eve of the recent International Flower Trade Fairs in Holland. Therefore, it is not surprising that four hundred industry representatives recently attended a half-day workshop discussing the potential for sea freight, which has the potential to reduce carbon emissions by over 70%, to be more widely used for shipping flowers from Africa and Latin America. Times are changing and the industry leaders are alert to the need to change their practices.

Collaboration and transparency are key to an environmentally friendly future

The horticultural sector has recognised the need to measure its footprints and research was commissioned to develop the Hortifootprint, a digital tool which uses  Life Cycle Assessment methodology to calculate the environmental footprint of flowers, plants, fresh produce, and fruits based on European Commission guidelines. By measuring the impacts at different points in the supply chain it then becomes possible for businesses to instigate measures to reduce the impacts, especially in so-called ‘hotspots’ where the impacts are greatest. For example, initial assessments undertaken of the lifecycle of a rose grown in a Dutch greenhouse have shown that energy from Combined Heat and Power energy systems contribute nearly two-thirds of the entire climate change impact created during a rose’s lifecycle.

Having the tools to measure footprints is one thing, but using them constructively is altogether another. The next critical step is for the industry to embrace and adopt the Hortifootprint methodology[i]. Then environmental hotspots can be identified, and innovations implemented for reducing these impacts. Collaboration will be essential if the industry is to make meaningful and rapid progress. Systems for sharing data must be implemented so that firms can benchmark themselves against industry standards and share ideas for tackling common problems. Collaboration and sharing of intellectual property is a sensitive subject in a competitive market. However, climate change is a zero-sum game. There is little point in being ‘best in class’, if your competitors’ practices undermine the whole industry’s reputation and worse, contribute to further climate change impacts.

Furthermore, there is nothing to be gained if the horticulture industry replicates the under-reporting practices of the oil and gas sector which have been exposed by Climate TRACE. Therefore, implementing systems that support businesses in collecting accurate data and acting collaboratively will be crucial as the industry moves forward with the Hortifootprint and seeks to play its role in re-routing us away from the highway to climate hell.