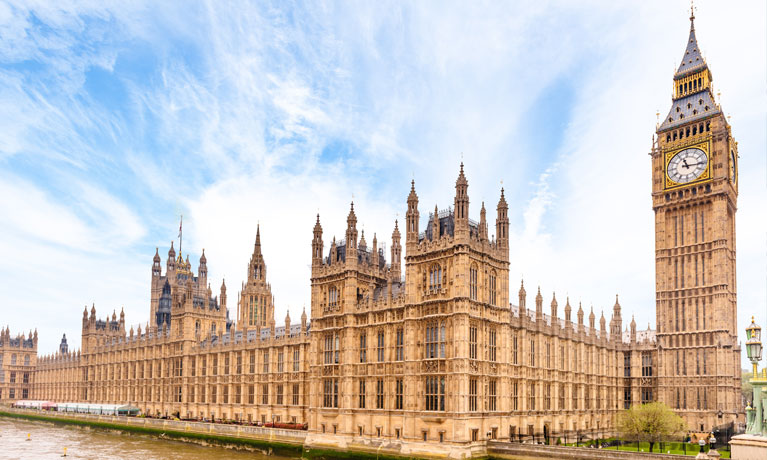 Integrity in government is a cardinal determinant of public trust. The Greensill scandal raises serious questions not only on the integrity, accountability and transparency of the relationships between the UK government and businesses but also on the efficacy and effectiveness of the law to regulate the use of public and private power.

While bribery or embezzlement of public funds are clearly defined as corrupt practices thus face criminal sanctions, lobbying and fostering business relations by civil servants and government officials which also raise issues of integrity, need better understanding and regulation. At the heart of the Greensill scandal are practices such as informal lobbying and ‘revolving door’ appointments that often fall in the grey zone between legality and illegality.

David Cameron defended himself by stating that ‘he broke no rules’ and he is probably right if we were to assess his behaviour by the letter of the law.

The Ministerial Code prohibits former ministers from lobbying the Government for two years after leaving office and requires them to seek advice from the independent Advisory Committee on Business Appointments (ACoBA) about any appointments or employment they wish to take up within two years of leaving office (par. 7.25). However, Cameron was appointed as a ‘part-time senior adviser’ at Greensill Capital in November 2018, more than two years after he left office.

Moreover, since he was not a professional ‘consultant lobbyist’, the obligations set by the Lobbying Act 2014 – such as the obligation to be properly registered – did not apply to him.

But what about sending text messages to Chancellor Rishi Sunak and entertaining private drinks with Health Secretary Matt Hancock to lobby government to allow Greensill to issue government-backed loans? Such communication methods may be considered, to some extent, inappropriate or even unethical, given that their aim was possibly to influence ministerial decision-making, but they do not satisfy the requirements of any corruption offence.

Yet, such practices are in strong tension with the principles of public life and can cause serious harm to public interests.

As the scandal unfolds, commentators and interest groups rightly advocate reforms to tighten the rules, for instance by extending the limitations under the Lobbying Act 2014 on former Ministers taking paid lobbying positions and instituting a five-year ban.

Amending the rules may address some of the contentious issues that have emerged with the Greensill scandal, but even better rules would have very little effect if they cannot be enforced properly.

The Ministerial Code is not legally binding and the processes to investigate breaches, as well as the sanctions, are not clearly defined and still largely reliant on the Prime Minister’s discretion. The main sanction is dismissal, which clearly is not applicable to former ministers if the breach is uncovered after they left the post.

The Advisory Committee on Business Appointments’ (ACoBA) advice is not legally binding either and the regulator has been criticised for failing to prevent other senior civil servants from taking paid roles at Greensill whilst still in public office.

More worryingly, although the appointment of Lex Greensill as an ‘unpaid adviser’ during David Cameron’s government raised serious conflicts of interests the modalities of his appointment are unclear and no contract can be found, suggesting the lack of effective processes and controls to ensure integrity, accountability and transparency in government.

There are eight separate inquiries into the Greensill scandal. The government has asked a senior lawyer to conduct a review into the issue and to report by the end of June, but this has already been criticised for being toothless because of its narrow remit and the lack of legally binding powers following such an inquiry.

We are then faced with two problems. Firstly, the rules that govern the relationship between government and business are often unclear or inadequate to ensure transparency, consistency, accountability which are some of the fundamental principles of good democratic governance and the rule of law.

Secondly, even when they are clear, some rules are either non-binding or poorly enforced. As a result, the regulation of a very delicate area of public life remains ineffective and provides rather a tepid assurance for public trust and safeguarding of integrity and legitimacy in public office. Inevitably, such shortcomings have implications for other areas of regulation. For instance, scholars have been highlighting the shortcomings of business and finance regulation, which are struggling to deliver sufficient levels of accountability for both corporations and individuals even for the most serious economic crimes.

Why is such regulation so soft? And what needs to be done?

Insufficient rules and ineffective regulation are just the tip of the iceberg. The problem is rooted in deeper cultural and social issues. Economic life has come to occupy a central place in the state affairs. Political and legal structures have evolved accordingly. The law gives considerable powers to business structures and involves them in the organisation and regulation of the economy. Politicians, policymakers and lawmakers need the contribution of businesses to understand and regulate markets and support the economy. In fact, if properly managed, the involvement of private stakeholders in public life is vital to democracy. Yet, all of this must serve the public interest rather the interest of a select few.

The risks to public integrity triggered by such developments can be so complex and rapid that they outpace the speed at which social and legal norms develop. It takes time for society to appreciate them, understanding them and recalibrate the rules of the game accordingly. Scandals like Greensill demonstrate that we have not only just started discovering the dangers of the contiguity between government and business but also addressing how to regulate this sphere effectively. We have still much to learn.

Law-making entails an element of trial and error. The experience from our mistakes can enable us to learn how to correct them or fine tune the rules. If the rules of lobbying have proven ineffective, we must amend them. But tightening the rules means merely scraping the surface. How do we convince those who make the rules that these must change? How do we convince them to give adequate powers to regulators and enforcement agencies? And how do we ensure that enforcers can actually enforce the rules?

A cultural change is much needed. And such cultural change cannot start from the top but should start from the bottom. We need to increase public awareness of the risks and harms that inappropriate relationships between business and government and conflicts of interest can cause to society. We need to do so not only through education and information, but also by providing transparent and fair avenues for non-business stakeholders to be involved in public life and contribute to policy- and law-making. We need to support this with sound research, evidence, and data, and we must refrain from any form of simplification or speculation. Not everything amounts to corruption and, like any problem, corruption is better addressed by understanding and tackling its complexity and its root causes. Those entrusted with power in public office shall foster a culture of integrity by serving the public interest and act as role models for the citizens they lead and govern. And if they do not, they shall be held accountable for their actions and legacies.

Let cases such as Greensill be an opportunity to advance this change. Let’s investigate, share and talk about the Greensill case: there is much we can learn from it.