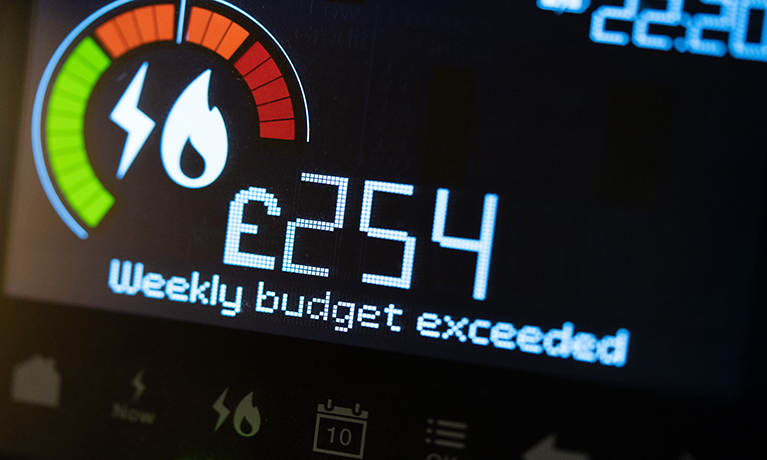 By Dr Lindsey Appleyard, Centre for Business in Society

New research released by the Financial Conduct Authority (FCA) suggests that nearly 8 million households were finding it difficult to pay bills in the first half of 2022. This figure is clearly worrying as the number of households struggling to pay their bills has risen from 5.3 million households in 2020. The FCA also report that ‘one in four adults described themselves as being financially vulnerable, meaning they would quickly find themselves in difficultly if they suffered a financial shock’. It is likely that these figures have grown further as the cost of energy and prices have increased over the last few months.

To cope with rising costs and shortfalls in income, people often turn to credit to make ends meet. However, since the FCA regulated High-Cost, Short-Term Credit (or payday loans) in 2015, people that are at the financial margins (or used this form of credit prior to the regulation) now have fewer choices to access credit due to the new rules around loan affordability. It was thought that payday loan regulation would protect consumers from accessing inappropriate credit and over-indebtedness but has also has potentially led to unintended consequences.

In 2015, when payday loans were regulated by the Financial Conduct Authority (FCA), campaigners thought that their job was done. The regulation served to protect people from paying an uncapped cost of credit and debt spirals. However, the payoff for the introduction of the payday loan regulation was that 160,000 people (or 11 percent of payday borrowers) would no longer be able to access this form of high-cost credit. The consequences for this group of borrowers were likely to be severe because they could not access affordable credit from other sources such as banks.

Our research with former payday loan users between 2017-2018 showed that whilst some were still able to access payday loans (despite the regulation), a significant number of people were turning to family or friends, known as the lender of last resort to meet essential needs, or go without/enter arrears on their bills, potentially leading to detrimental circumstances to their health and wellbeing. The major problem with the payday loan regulation was the failure to deliver an alternative solution for people with no access to credit.

Our recent research has found that borrowing from family and friends is not without its challenges. Many participants noted that their financial situation caused them great anxiety and stress.  Whilst some participants in this situation did not ask for help or discuss any of their financial problems with family members due to the stigma surrounding finances and feelings of shame and guilt. They were also probably aware that asking for help would cause their family or friends financial difficulties as they also had limited resources.

We are only now starting to see the real impact of payday loan regulation on consumers’ ability to access credit and how it is leaving them vulnerable to unregulated, illegal lenders also known as loan sharks.

Informal borrowing from friends can also mean that people are borrowing from illegal money lenders. Whilst it is difficult to say that this was the case in our payday loan research, it is highly likely given that people were also excluded from other sources of credit. With the normalisation of individual responsibility, people may feel that they have little or no alternative but to use loan sharks in order to pay their bills. Some people may see the price of paying for using a loan shark preferable to losing their home, being cut off from their energy supplier or not being able to pay for Christmas presents.

Despite the best efforts, there are potential unintended consequences with all policy and regulation. In the cost-of-living crisis, people on the lowest incomes need targeted support to ensure they have sufficient incomes over the next few weeks and years.

Organisations that can help include: