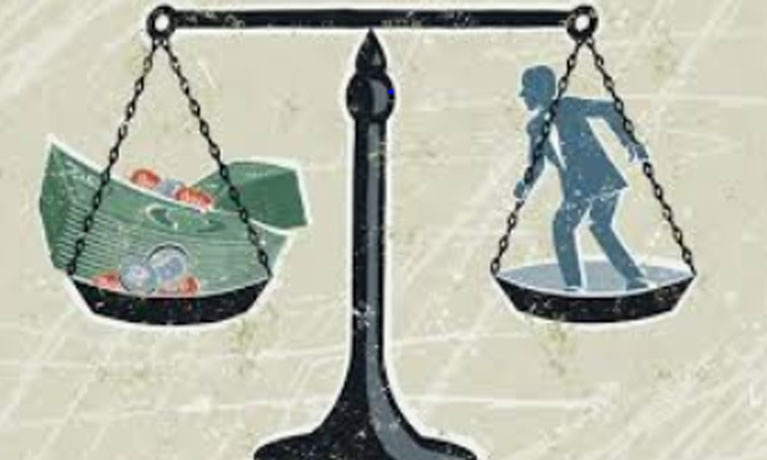 Rising levels of income inequality within countries has been a growing concern during the last three decades across most regions of the world and has received increasing attention in the media and policy circles (see example: ‘Is income inequality rising around the world?’, World Economic Forum, 23 November 2018).

Previous academic studies have investigated various factors likely to contribute to income inequality such as technical change, fiscal and macroprudential policy and the role of institutions to name but a few. However, research on the impact of financialisation as a driver of income inequality, remains scant and inconclusive. The relatively few studies focus on a single or a small number of countries and provide conflicting evidence. In addition, these studies only consider the impact of a uni-dimensional measure of financialisation such as the financialisation of the nonfinancial sector (for example, Alvarez, 2015). The notable exception is Godechot (2016), who explores the impact of various dimensions of financialisation. However, this study is based on only 18 OECD ( Organisation for Economic Co-operation and Development) countries, uses basic OLS (ordinary least squares) regressions and its results, being susceptible to endogeneity bias and cross-sectional dependence, cannot be taken as definitive ones. Moreover, Godechot (2016) treated household financialisation using aggregate proxies, thus failing to investigate the significance of its main components, namely ‘mortgage debt’, ‘consumer debt’, and ‘other purposes debt’.

In a recent article – see De Vita and Luo, ‘Financialisation, household debt and income inequality: Empirical evidence’, in press – we treat the concept of financialisation – defined as “a pattern of accumulation in which profit making occurs increasingly through financial channels rather than through trade and commodity production” (Krippner, 2005, p. 174) – as a multi-dimensional construct. We advance on the state-of-the-art by investigating empirically the disaggregated impact of the financialisation of the financial, nonfinancial and household sectors on income inequality through a large data panel of 33countries over the period 1996-2015 and, following a decomposition analysis of household debt into its three main components (mortgage, consumer, and other purposes debt) by testing the distinct effect of each component.

Our comprehensive model specification accounts for many market conditions and institutional factors as well as time-specific, and time-invariant country-specific effects. We use four measures to capture the three financialisation dimensions discussed above and three alternative income inequality indicators including, in addition to Gini-based indices, the Palma ratio, a measure based on the ratio of the income share of the top (richest) 10% to that of the bottom 40%.

Two main findings are obtained from our results. First, of the three financialisation dimensions examined, it is only household financialisation that is found to exert a positive and statistically significant effect on income inequality. This means that the link between financialisation and income inequality is driven by household indebtedness. Hence, despite the multi-faceted manifestations and pervasiveness of financialisation, it is ordinary people, particularly households on low-income that end up bearing the brunt of the costs of financialisation, through a self-reinforcing spiral of increasing inequality causing further debt, which, in turn, augments the disparity between the ‘Haves’ and ‘Have-nots’. Second, following a decomposition analysis of household debt into its three main components, we uncover that it is increasing levels of household debt with respect to credit granted for ‘other debt’ (i.e., additional debt to fund consumption of goods and services rather than investment), including health, credit card debt and payday loans, that is accountable for the rise of income inequality, whilst mortgage debt reduces income inequality. We explain the latter effect via the lower cost of mortgage debt versus general loans or, possibly, through the channel of greater subsequent access to the loan market with an associated income effect. These findings have important, wider socio-economic implications given that poorly conceived policies on inequality “can exacerbate the combination of less sustainable economic growth, weakened social cohesion, and citizens feeling disenfranchised from democratic processes” (World Economic Forum, 2016, p. 41).

In the article, we argue that the policy response should at least concentrate on better regulating personal credit, borrowing and household savings. Particularly in areas linked to unmanageable debt, key stakeholders such as government, regulators and the financial services industry can certainly play a key role. Recommendations include ensuring that welfare reform does not leave the poorest and most debt vulnerable households behind, incentivising savings by low-income/low-asset households through government-matched accounts, ensuring – in co-ordination with regulators – that financially excluded consumers have better access to affordable credit, and working with debt charities to ensure more debt advice and support is offered to households with problem debt.

Godechot, O. (2016). Financialization is marketization! A study of the respective impacts of various dimensions of financialization on the increase in global inequality. Sociological Science 30(3), 495–519.