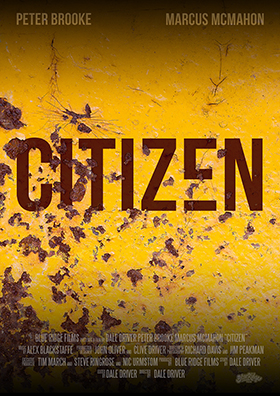 Our students have been at it again! This time Media Production graduate Dale Driver (awesome name, amiright?) has taken to the camera to produce a short sci-fi film that has wowed US audiences and won the runner up slot in the ‘Best Sci-Fi Film’ category at the fifth annual ITSA Film Festival in California.

He has called this short, ‘claustrophobic thriller’ Citizen. Check out the full movie below, and keep reading for more of the story.

After working in engineering for 11 years while making short films on the side, Dale decided to pursue his dream of being a full time filmmaker by enrolling at Coventry to hone his skills. Citizen has been the ‘culmination of a lifelong dream’ for him, and he used it as his final project before showcasing it at the University’s degree show earlier this year, and then packing it up and taking it to film festivals across the US.

Dale has a lot to be proud of, having used his engineering skills to create his own set and then having funded his own marketing, publicity and promotion campaign, and he has most definitely seen the fruits of his labour by having his film featured on Sky’s My Cine Shorts.

After all his hard work, Dale is making his work available to a wider audience and has established his own film company, Blue Ridge Films. He is set to begin shooting his second movie in February 2015.

The full news story can be found on the Coventry University website.