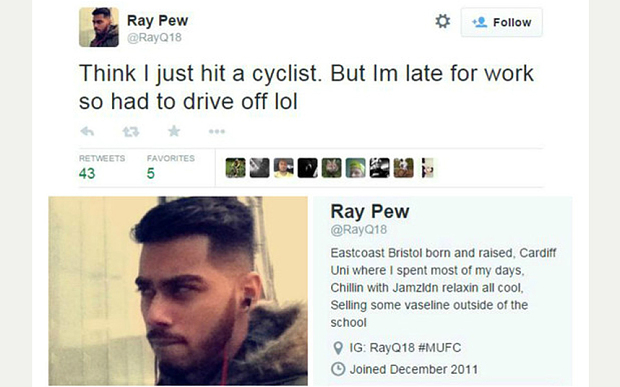 It’s 2015 and the internet is your new BFF. You think something? You tweet it. You cook something? You Instagram it. You laugh at something? You tumble it. (I may have made up that last verb) You buy something? You blog about it. Ignoring Celine Dion’s’ famous advice, when using social media we don’t stop to ‘Think Twice‘ (<–see how I’ve linked to YouTube there? It’s an excellent song that needs sharing) when posting about our day.

Normally this method is fine; a glance at my personal Facebook show’s statuses ranging from the boring children’s-potty-training-progress type updates to the actually-quite-interesting type. How did her great hair dye experiment turn out? Badly. Is he really going out with him now? Unfortunately. Last but not least, which Disney princess am I? Belle, obviously.

Throw in a few cake disasters, overshared memes and lots of random song lyrics we apparently relate to and we’ve got a happy, quirky and only slightly worrying social media habit, right? Well, as long as it’s kept between me and my friends…

This is where Twitter can cause issues. Once you tweet something, it’s then out there for the world to see, unless you change the security settings and lock your Twitter down. Usually tweets are safe to be shared, I mean how much trouble can you get in with just 140 characters?

Quite a bit actually, if your name is Ray Pew (Well, your Twitter name, his actual name is Rayhan Qadar). He graduated from Cardiff University and was offered a flashy graduate stockbroker job with Hargreaves Lansdown. All was going fine until he made a ‘joke’ tweet that got retweeted 145 times and was soon spotted by his less then impressed employers. Yes, he actually tweeted that. The media storm grew and The Telegraph picked up the story, making him headline news:

A stockbroker has been sacked and forced to make a groveling apology after tweeting:

“Think I just hit a cyclist. But I’m late for work so had to drive off lol.”

The apparent boast by Rayhan Qadar – which police are investigating – was made on his Twitter account under the name of “Ray Pew” at 8.30am on Monday. Police were alerted and outraged Twitter users blasted the graduate, who works at financial firm Hargreaves Lansdown. But despite apologising for the “bad joke” bosses sacked him over the “unacceptable” message.

A spokesman for the Bristol-based firm said: “One of our employees has failed to conduct themselves to the standards we expect of our staff.

“We find these online comments totally unacceptable. Upon becoming aware of this issue we have terminated this person’s employment with immediate effect.”