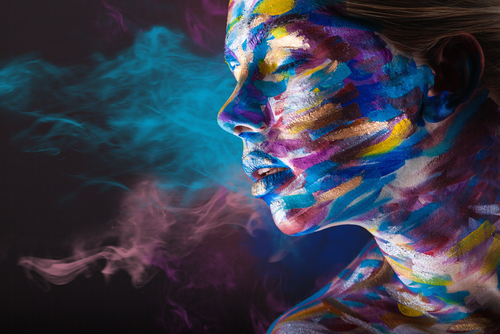 With early morning lectures, questionably late seminars, even more questionable nights out and crippling hangovers, it can be tough to stay calm and collected.

As well as a time of exploration and self-discovery, university can also be the most challenging time of a young adults life. Many turn to the same ‘remedy’, to stay calm and collected – smoking. Whether you resemble a walking chimney, or are one of those social smokers who only experiment on a night out, many of us have tried smoking at some point in our lives.

Before you next light up, there are a few things we think you need to know about Counterfeit tobacco, the dangers of e-cigs and the truth behind the seemingly innocent shisha. The ‘arghila’ is more commonly known in the UK as ‘Shisha’ or a ‘Hookah’ pipe. These fancy contraptions have been going longer than Madonna and come in all shapes and sizes.Pipes are often shared between groups of people, happily helping to share all kinds of mouth diseases. Smoking a shisha pipe is believed to be more dangerous than smoking cigarettes, as users inhale deeply for longer. In one hour, users can consume around 100 to 200 times the volume of smoke compared to a cigarette.

“There’s a misconception that shisha is not as bad for you as cigarettes, because the tobacco is flavoured and first passes through water. But the carcinogens and nicotine are still there. A regular shisha smoker can expect to be at risk to the similar health problems that cigarette smokers face.”

Even tobacco-free ‘herbal’ shisha is dangerous. Herbal smokers may not inhale tobacco but they are still inhaling tar and carbon monoxide produced from the burning charcoal that is used to heat the water. Even at low-levels of consumption, these carcinogenic substances have the strong potential to cause cancer in the human body.

Newsflash: You may well have been smoking a few nasty extras that wouldn’t normally be found in your average cigarette.

According to the Coventry Telegraph more than 50 Coventry shops were found to be selling cheap counterfeit tobacco products. The seized tobacco was usually mixed with rat droppings, tea leaves and lead slivers.

Nowadays it’s not just the old fashioned ‘20 a pack fags’ that we need to be careful of. E-Cigarettes are used by over 2 million adults in the UK. This number looks likely to rise, as the popularity of these ‘healthier’ options appears to be spreading like wildfire. Licensed e-cigarettes are no more dangerous than normal cigs. The lower tobacco content is often seen as the ‘healthy option’ to many heavy smokers,  however they are just as addictive.

The scariest thing about e-cigarettes is that because they are so new, researchers haven’t had enough time to study their long term health effects. Back when cigarettes were first invented, in the early 1800’s, nobody knew they were dangerous – the trend grew and soon everyone smoked. It wasn’t until 1964 that the dangers were first realised, what will we learn about e-cigarettes in the future?

Cost: Not just on your life…

…but on your wallet as well! It’s not just about the health worries, the cost of smoking nowadays is ridiculous : 365 days x £9.10 pack of 20 cigs = £3321.50 (Based on a leading brand). With that amount of cash you could buy a half decent first car, a round trip to New York (with rather a lot of spending money) or cover almost one whole year’s maintenance grant at university! We should all know by now that smoking any form of anything isn’t really good for the human body. The fact that smoke is travelling into and then immedietly out of your mouth/nose should tell you that. The body can’t deal with toxins and wants them out – in the same way it would react with poison.

It’s simple really, stop poisoning your body today and you could live a healthier, more productive life from tomorrow. For judgement-free advice on quitting and campus-based support, visit our resident smoking advisor Sumera.