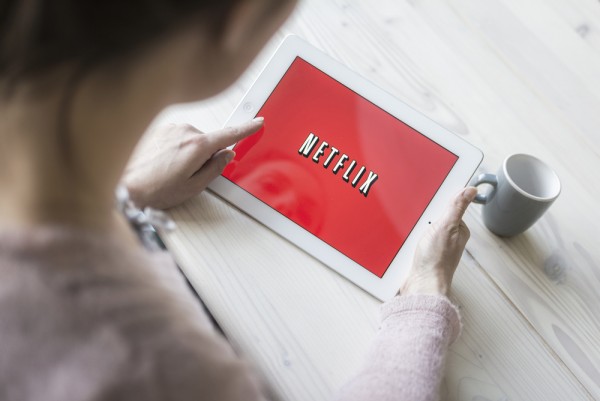 From the insanely addictive but lesser-heard-of gems to the cult classics of our generation, we’ve covered it all for you. Just don’t blame us if you end up watching them all at once!

For all its bleakness and darkness, there’s a glowing exhilaration about this series:
It’s a feel-good show about feeling really bad.

With 5 fiendishly addictive seasons, all available on Netflix, Breaking Bad is definitely one to watch once all your coursework and exam deadlines are out of the way! The story of a high-school chemistry teacher turned crystal meth manufacturer will have you on the edge of your seat from start to finish. The right balance of black comedy mixed with tough emotional truths make Breaking Bad one of the most popular TV series to hit our screens, ever!

The American horror-drama is in adaptation of the on-going comic book series of the same name. As a avid reader of all things comics and graphic novels, I’ll be honest and say in comparison, the comic book wins hands down, but the TV series is still more than worth a watch! The Walking Dead follows the story of Deputy Sheriff Rick Grimes who wakes from a coma in hospital just in time for the apocalypse. Packed with flesh-eating zombies from the start, The Walking Dead is gruesomely awesome in every aspect. With seasons 1-4 currently already available on Netflix, and relationships with television broadcaster AMC strong, The Walking Dead is likely to continue being available for a good few seasons to come, so catch up while you can!

#3. Orange is the New Black

Darkly dramatic and comedically spiked, it deals in the dehumanization and restoration of both guards and inmates.
Racism and long-held racial animosities are also sliced, diced and dissected….

Orange Is The New Black is a prison-drama Netflix exclusive, it tells the story of 16 female inmates and their time in Prison. The story is based upon the true memoir of Piper Kerman (Piper Chapman in the TV series), and her experiences in the US prison system. The series initially focuses on Piper, as she is sentenced to 15 months in a women’s prison for drug offences dating back over 10 years ago. Viewers watch as Piper’s new law-abiding and middle class life in New York City is upheaved and she is forced to re-examine her relationships with friends, family, and her fiancé as secrets from her past come back to haunt her. With a refreshingly diverse cast and stories of raw human emotion sprinkled with hilarious comedy throughout, Orange Is The New Black really is worth of all its critical acclaim. If you haven’t seen it yet, it should definitely be on your ‘to watch’ list.

A work of brilliant imagination, a murky labyrinth of a conspiracy thriller that traps you from the opening scene.
Creepy as hell, violent too; you know you’re being taken to a place you might not necessarily want to go to.

Utopia is dystopian thriller, first aired by Channel 4 in the January of 2013. Concluding after just 2 series, but shrouded in controversy, Utopia is definitely worth your time. Just be sure you have a strong stomach as there are scenes of a violent nature and strong language throughout. Utopia follows a group of avid fans of cult graphic novel The Utopia Experiments, who find themselves in the possession of the only copy of the apparently highly sought after sequel. The Utopia Experiments are understood to contain predictions of the worst disasters of the last century. In a bid to save the world from an uncertain future the group set about uncovering the hidden meaning in the pages. All whilst on the run from a brutally violent and powerful organisation known only as The Network. With only 2 series, at 6 episodes each, you can justify watching Utopia without worrying about your revision.

The most interesting thing here is the show’s willingness to take risks: killing off major characters, running about 18 different plot lines at once, incorporating racy psycho-sexual and religious undertones, and asking more questions than it intends to answer.

American Horror Story is, as the name suggests, an American horror ‘story’ (well, television series). The first 3 seasons are already available on UK Netflix for all you serial-series-bingers out there. Each series has a self-contained plot, following series-specific characters through their own story lines, each with their own ‘beginning, middle and end’. Addressing topics such as homophobia, racism, sexism and mental health through-out American Horror Story remains critically conscious without losing the ‘horror’ element of its title. It’s a must watch, and even better, you can dive right it with whichever series you fancy thanks to the self-contained nature of the show. It’s bold, different and exciting, with a central character and performance that take your breath away.

American television drama Dexter hit Netflix just in time for Halloween in 2013, and now all 8 seasons are available on Netflix UK. The series is set in Miami and follows blood-patter-pattern analyst Dexter Morgan and his secret life as a serial killer. Dexter tracks and kills murderers who have slipped through the cracks of the US justice system. Originally based on the novel Darkly Dreaming Dexter the show has since evolved independently. Throughout the series Dexter’s troubled past is explored and despite his horrific murderous streak, Dexter maintains otherwise normal social interaction and keeps up his appearance as a socially responsible human being. Dexter is not for the faint-hearted or weak-stomached but it definitely has a place in everybody’s Netflix collection.