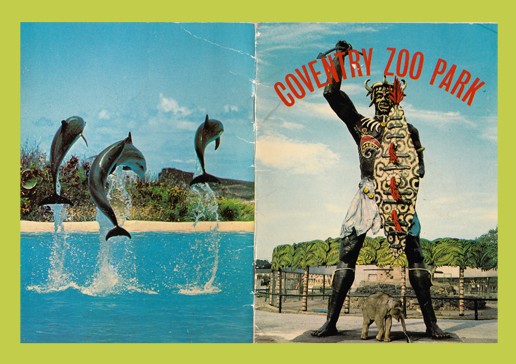 Think you know everything about Coventry? Think again, even the locals don’t know these city secrets…

Whilst it’s undisputed that Coventry began as a Saxon village, no-one knows for sure what it was called. Historians argue between two names, the first is ‘Cofantreo’, which means the tree belonging to Cofa: Cofa’s Tree. He was presumably a settler in Saxon time. Trees were often used to mark boundaries, in this case the tree marked the end of Cofa’s settlement.

The alternative name is Couaentree. Couaen (sometimes spelt Cune) apparently refers to the ‘meeting place of waters’. This may mean the meeting of the river Sherbourne and Radford Brook . Either way, a settlement grew up around the tree and eventually the name ‘Couaen-tree’, or  ‘Cofa’s tree’  evolved into  ‘Coventry’. Information taken from ‘Historic Coventry’

2. The order of the phoenix

About ten years ago, our iconic phoenix logo was flipped around, as we believed the Phoenix should be looking forwards, to the future, rather than back to the past:

But why do we have a phoenix logo anyway?

The phoenix is an immortal bird fabled to be the only one of its kind. It lives for five or six centuries, (although J. K. Rowling shortened this to a few months) after which it burned itself to death before rising from the ashes with renewed youth to live through another cycle.

“Such a symbol is a fitting reminder of the way in which the city of Coventry rebuilt itself after suffering devastation during the Second World War. It is a symbol with which Coventry University is proud to be associated and to have adopted as its own”.

3. The mystery of Coventry’s Zulu

Thirty years ago, if you headed towards Whitley Common, Coventry, you wouldn’t be too surprised to see a warrior’s head peeking over the trees. Well, you would if you weren’t pre-warned…but anyway, the 35 foot Zulu warrior was ‘guarding’ the entrance to the Coventry Zoo! Established in 1966, the short-lived zoo closed in 1980 after a continuous stream of accidents, escapes..and attacks!

“On one occasion a young keeper from Coventry, Richard McCormack, was left badly injured after Harry the hippo charged at him while being shut in his house. Richard made headlines in most of the national papers as the only person to have ever survived a hippo attack”

After the zoo closed, the animals and their cages were removed, as was the Zulu warrior – but for years nobody seemed to know where he had gone. It wasn’t until 2011 that his head, spear and toe were found, or rather his ‘finders’ came clean!

“Some people said it went to Canada, others said it was in a library in Birmingham. We even heard that Birmingham City Council had it and were holding Coventry City Council to ransom. In fact we had it all along. Wayne took it to university though for five years. He said it was in his house hanging on the wall. Apparently it’s seen some wild parties!”
The Anderson Brothers speaking to the Coventry Telegraph

Coventry University contains a patch of grass full of gravestones beside the main admin block on campus.

The land was originally part of Coventry Castle’s orchard, until the castle was destroyed in the 11th century and replaced with St Mary’s Guildhall, which was used by all three cathedrals respectively. The gravestones within the churchyard date back to the early 1800’s, and because this counts as sanctified ground, they cannot be removed. Spooky! Our estates team is working on redesigning the ‘churchyard’ area.

“The designs include information boards about the land and translations of the worn gravestone lettering. Additional seating areas will be provided, surrounded by scented flowers. The scents will be specifically chosen to clear the mind, creating the perfect setting for peace, tranquility and reflection”.

When a polytechnic was opened in Coventry, it bought together several schools and institutions across Coventry and Rugby. When naming the combined polytechnic neither town wanted the other to have supremacy, so instead of Rugby Polytechnic or Coventry Polytechnic it was called…er…. Lanchester Polytechnic, named after industry pioneer Dr Frederick Lanchester. “The name achieved infamy when a question on “Brain of Britain” asked the team: ‘Where is Lanchester Polytechnic?’

Not one of the Brains of Britain knew.”