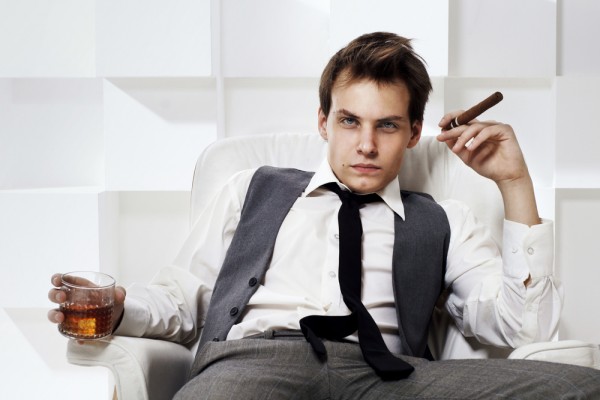 We’ve all had the ‘lottery talk’ with our friends and family at some point, right? You know the one I’m talking about: where you discuss how you’d never change, and you’d probably stay in work, give to charity and just enjoy the money sensibly… but, really now, how many of us would actually continue to work the 9-5 if we became a millionaire at 21? To answer that question, we’ve profiled a few of the lucky young people who hit the big time before they were old enough to buy a celebratory drink…

Now I must pre-warn you, you’ll probably find yourself turning green with envy or slightly beetrooty-coloured from the rage building inside when reading some of these profiles. But, that’ll pass so don’t worry. It’ll then be replaced with a dark feeling of complete worthlessness and insignificance… happy reading!

1. Jonathan Koon – Automotive and Fashion tycoon…and a millionaire by age 16

As the owner of three clothing lines, the CEO of his own company and a teenage ‘mogul’, Jonathan Koon has accomplished pretty much all you could want to by the age of 32. The worst part is, he’d already began making huge strides during his early teens. Jonathan opened New York City’s first auto-part shop: Extreme Performance Motorsports in 1998, which then became a main supplier for ‘Pimp My Ride’ – this led Jonathan to earn his first million by the age of 16! But that wasn’t enough, after securing a deal with MTV for the use of his auto part products, he used his musical connections to begin working with American rapper ‘Young Jeezy‘. They teamed up and bought the clothing brand 8732, formerly owned by none other than Jay-Z. After this first delve into fashion, Jonathan decided to have his own brand name up in lights, and so Private Stock was born. The first-ever Asian Steetwear Couture offering has bought in millions for Koon, who is now well on his way to becoming a billionaire.

2. Nick D’Aloisio – App-developer extraordinaire …and a millionaire by the age of 17

After starting his coding career at the tender age of 12, Nick quickly began producing his own apps. By the age of 17 he had developed one named Summly, which he then sold for $30million…no big deal.

“The Summly mobile app summarizes news stories for smartphones and tablets, making it easier for users to skim the articles while on the go”

Like most young entrepreneurs this just wasn’t enough, and instead of retiring at the ripe old age of seventeen Nick decided to stay working with the company who bought his app (Yahoo). He continued to develop on his original idea and has successfully turned it into something even better for the Internet powerhouse. It doesn’t stop there either, Nick believes that within the next 10-20 years, we’ll be coming to terms with living amongst a ‘Virtual brain‘, that can comprehend and teach, as well as sound like Jarvis from ironman of course…

3. Sean Belnick – Chairman of the board …and a millionaire by the age of 20

(Please excuse the age of this video)

Have you ever wondered who provides all of those chairs you see in offices and schools? Well think no more, Belnick’s company BizChair.com provides office furniture for the likes of massive organisations such as Harvard University, The Pentagon and of course his old stomping ground Emory university, in Georgia. So how did he come about being the ‘chair king’?

“BizChair.com started as an innocent idea in the summer of 2001.  I was 14 at the time and had been dabbling with websites and entrepreneurial ideas. My stroke of luck came when my mother married my step-father and soon-to-be business partner, Gary.  Gary had been an independent furniture sales representative in the office furniture industry for the previous 20 years, we talked about websites and what I had been dabbling with.  Gary has always been very passionate when he has a new idea and building a website for his sales rep group was one idea that came to mind.  I spent the next couple of weeks working with Gary to come up with a design and concept.  We discussed what I had the ability to do and what he wanted to do, and those two things intersected enough for the project to get off the ground.”

The ‘project’ became a multi-million pound business, gathering around $24million in sales during the first five years. His success goes to show that it is possible to make money out of anything online, including selling everyday goods that we all use…who’d have thought it hey?

If you’re feeling inspired now, head to our Enterprise Hub and discuss your business ideas with dedicated experts. The Enterprise Hub is a resource for staff, students and graduates of Coventry University who are interested in setting up a business or developing a social enterprise. They can help with business planning and funding options, whilst providing office space and virtual office facilities.

Good luck in your endeavours, and remember: when you’ve made your first million, send us a box of biscuits? Love, the unCOVered team.