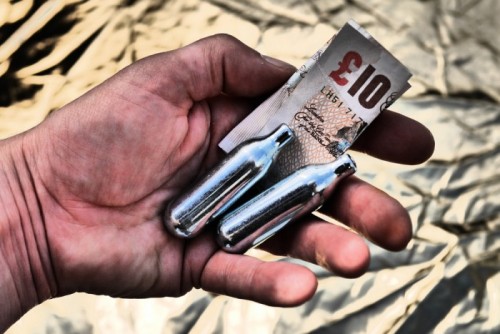 With the Governments New Psychoactive Substances bill likely to be passed in the near future, over 500 ‘legal highs’ will soon be VERY illegal. So here’s the information you need to stay safe, and law abiding!

Let’s be honest here, most of us probably have a fairly good understanding of the way drugs work; how they look, the level of harm they can cause to the human body, and what kind of trouble one can get themselves in with the law. However the understanding surrounding legal highs seems to be a little shadier, so we’ve done some leg work and found out what you need to know!

The first issue that needs to be made clear is whether or not legal highs are actually legal?

‘Legal Highs’ are substances which produce the same, or similar effects, to drugs such as cocaine and ecstasy, but are not controlled under the Misuse of Drugs Act. However, it is likely that drugs sold as a ‘legal high’ may actually contain one or more substances that are actually illegal to posses. These substances are considered illegal to sell, supply or advertise for “human consumption” under current medicines legislation, to get round this sellers will refer to them as research chemicals, plant food, bath crystals or pond cleaner. So what you may think is a legal high that you can’t get in trouble for having, could be something completely different, and in fact a class B drug.

The UK government is in the process of passing a new bill, called the New Psychoactive Substances (or NPS’s) bill.If it is to be passed (which looks quite likely) then over 500 new drugs will be banned.The bill will create a blanket ban on the production, distribution, sale and supply of NPS. The Bill is intended to apply to the whole of the UK and the legislation will impose a maximum prison sentence of up to seven years

Like more traditional illegal drugs, legal highs are divided into three categories: stimulants, downers and psychedelics, each with varying properties and effects. For example, people that’ve have used Spice reported similar effects to those who have consumed traditional cannabis. these include feeling happy and relaxed, getting ‘the giggles’ that are so often seen in films, as well craving food ‘the munchies’, (pretty self explanatory) and the habit of talking a little too much. These may sound harmless, but there are also reports of feeling extremely drowsy, struggling with dramatic mood changes and complete loss of coordination. The even darker effects of legal high usage range from severe paranoia through to panic attacks and even going into cardiac arrest.

For plant based drugs such as Spice & K1, the potential health issues arise during the production process. Although they are advertised as a mixture of ‘natural herbs’, Spice and other similar drugs are actually sprayed with artificial cannabinoids, which cause the adverse effects reported by people who have consumed them. Unfortunately because the chemicals are added to the herbal mixture through a ‘spraying’ process, large portions of each batch can be extremely potent compared to the rest. This is the main reason why users might be hospitalised or sometimes worse, after just one use of the legal drug.

Like traditional illegal drugs, these legal highs aren’t just limited to the smoking variety, they can be snorted, bombed (packaged into rolling paper in small round balls) or mixed into drinks. These drugs have reportedly caused similar effects to Cocaine, such as raising a users heart rate and causing a lack of appetite. These are only a few of the symptoms reported, however due to the fact that new legal highs are produced regularly, monitoring of these drugs can not be tested thoroughly enough to know all the effects they can cause. In worse case scenarios users have been reported as suffering cardiac arrests.

One of the most commonly used legal highs nowadays is nitrous oxide, more commonly known as balloons or hippie crack. These rather friendly sounding drugs are pretty simple to use and highly addictive, especially when consumed with other stimulants. Short term effects include: headaches, dizziness and unconsciousness; whereas the long term effects of nitrous oxide abuse can be as bad as anaemia, incontinence, depleted bone marrow and a potential numbness in fingers and toes. Doesn’t really seem worth it just for a 20 second high does it? Hopefully not…

It is extremely difficult for doctors to diagnose and treat patients that come into hospitals reporting issues associated with legal highs as the chemical ingredients used can differ depending on who you buy them from. The problems related to short term legal high usage usually settle and wear off within a few days after the user has stopped taking their drug of choice. If, however you findthe usual time out, fresh air and fluids approach doesn’t work then it’s definitely time to visit your local Accident & Emergency department as soon as possible! Give them all the information you have about the drug you’ve taken; including where you bought it from, how much of it you took and whether or not you’ve taken any other substance along with it. This information will help the medical staff try to prevent any further effects setting in.

If you’re worried about someone you know using legal or illegal highs, or feel you yourself may be tempted to try them, or just want help getting off them, why not talk to F.R.A.N.K