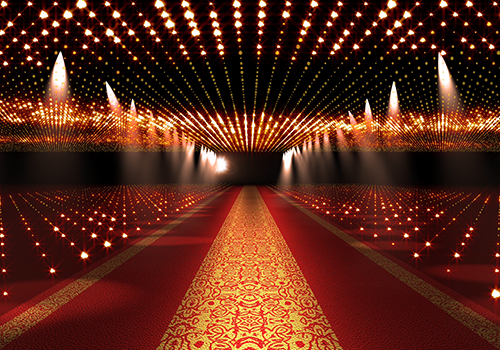 The 89th Academy Awards took place at the Dolby Theatre in Hollywood on Sunday evening and there were more than a few events of note. UnCOVered’s resident film-buff JimE takes us through the big talking points:

The Oscars. The glitz. The glamour. The great. The good. The cock-up. There is one abiding memory that will forever enshrine the 2017 Oscars into the annuls of history, but more on that later. Let’s start, predictably, at the start.

The show started with a great performance of the song nominated for the Best Original Song Oscar ‘Can’t Stop the Feeling’ by a tuxedo-clad Justin Timberlake who sang and danced his way from the lobby to the stage. It really set the tone for an upbeat and celebratory evening.

The host with the most?

Jimmy Kimmel was our host for the evening. Kimmel, for those who don’t know, is the host of a very popular talk show in the US. Kimmel, who was attending his first Oscars ceremony, started with the traditional monologue where he made fun of Mel Gibson, Matt Damon and of course President Donald Trump. Kimmel also invited a bus of unsuspecting tourists into the theatre and on to the stage to mingle with the stars. The tourists thought they were visiting an exhibit of past Oscar dresses so when the doors flung open they were a little surprised to see where they were. There was also a moment when chocolate bars floated into the audience attached to balloons. All in all, I think he did a very good job.

There are so many awards that I’ll just put the highlights in here but I’ll leave a full list at the bottom if you’re interested.

The awards began with Best Supporting Actor which was won by Mahershala Ali for his role in Moonlight, a story that follows the three defining chapters in the life of Chiron, a young black man growing up in Miami. Ali is maybe best known for his role as Remy in House of Cards or Cottonmouth in Netflix’s Marvel TV series Luke Cage. Mahershala is the first Muslim actor to ever win an Oscar.

Best Supporting Actress went to the wonderful Viola Davis for Fences, the film starring and directed by Denzel Washington about a working-class African-American father who tries to raise his family in the 1950s, while coming to terms with the events of his life. There really was no doubt with this one as Davis is superb.

The surprise (well, maybe not the biggest) of the night was that the much maligned Suicide Squad picked up an Oscar for Best Make-up and Hairstyle. So it’s now the Academy Award Winning Suicide Squad. What a world we live in!

Zootopia unsurprisingly won Best Animated Feature and almost as unsurprising was The Jungle Book claiming the Best Visual Effects statue. Justin Timberlake lost out on the Best Original Song Oscar which went to ‘City of Stars’ from  La La Land which went on to pick up another five statues including Best Original Score and Best Cinematography.

Best Documentary went to the excellent The White Helmets which was about the staggering work done by the volunteers of the Syrian Civil Defence who risked their own lives to search and care for survivors or airstrikes and the fierce fighting in the city of Aleppo and other areas of war-torn Syria.

Now on to the Big Four. The Oscar for Best Director was awarded to La La Land’s Damien Chazelle. Casey Affleck, brother of Ben, picked up the Best Actor gong and Best Actress went to Emma Stone for her performance in La La Land.

We’ll come on to Best Picture in a moment.

2016 will go down in history for a year when we lost a lot of greats from the world of film and TV. This year’s In Memoriam montage, which recognises those we lost in the year since the last Oscars ceremony, was introduced by Jennifer Aniston who spoke about the great Bill Paxton who had passed away earlier in the day. The montage included great names like Prince, Zsa Zsa Gabor, Garry Marshal, Gene Wilder, Anton Yelchin, Kenny Baker, John Hurt and of course Carrie Fisher. We also recognised the many others who made a massive, if less public, contribution to film that we lost in 2017. There are always those who people feel are missing from these lists each year and the James Bond fan within me wouldn’t forgive himself if a mention didn’t go to both Production Designer Ken Adam (who was mentioned in the montage) and Guy Hamilton who was the director of Goldfinger, Diamonds Are Forever, Live and Let Die and Man with the Golden Gun, who wasn’t included for whatever reason.

So, on to the moment everyone is talking about, and the moment that will go down in infamy. This is the big one. Best Picture. The one everyone wants to win. Just being nominated is a very big deal. And the winner is… La La Land, the bookies’ favourite, the expectant winner… for about 45 seconds anyway. A mistake had been made. A big mistake. While speeches were being made and cast and crew celebrated on stage, La La Land producer Jordan Horowitz realised an error had been made, took the microphone and proclaimed the real winner of the 2017 Oscar for Best Picture was Moonlight with the now immortal line “This isn’t a joke, the winner is Moonlight“. It turns out award presenters Faye Dunaway and Warren Beatty had been given the wrong envelope. They were given the one with Emma Stone’s Best Supporting Actress win and despite confusion and advances made to off-stage organisers for clarification, the presenters did the only thing they could and announced the winners based on the information they had. The Internet took great delight in highlighting this mistake including the official account for Miss Universe who famously made a similar gaffe last year:

So that is it for another year. Despite the mix-up at the end, La La Land will be pretty happy with their six Oscars and Jimmy Kimmel will be very unlucky if he doesn’t get to host it again next year. Unlike last year when all the post-Oscar talk was about lack of diversity, this year all that will be remembered is that gaffe. But as always, it was good fun and we look forward to next year’s show.

See below for the full list of the winners from the 89th Academy Awards:

Best costume design: Colleen Atwood (Fantastic Beast and Where To Find Them)