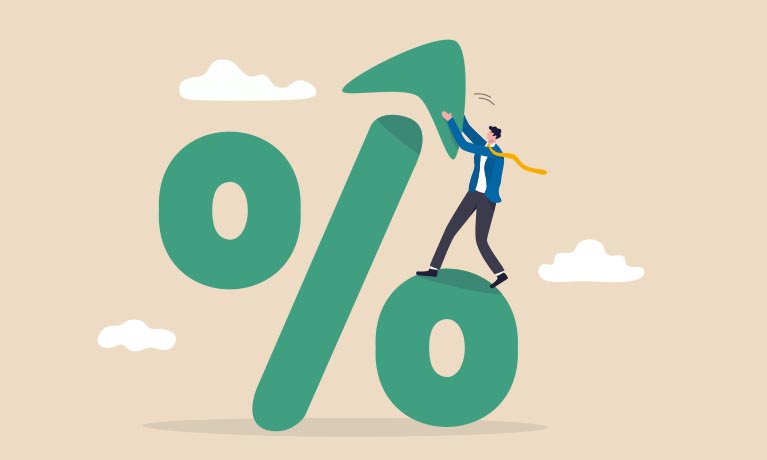 On 15 December 2021, the Bank of England’s (BoE) Monetary Policy Committee (MPC) voted to increase the Bank Rate by 0.15 percentage points, to 0.25%. While the rise itself is modest in magnitude, the signal it sends is considerable as it is the first interest rate rise in three years, and there may be more to come.

The rise – which came despite concerns the Coronavirus pandemic might derail the economy by triggering consumers to spend less -was, of course, driven by UK inflation. The annual Consumer Price Index (CPI) inflation rose from 3.1% in September 2021 to 5.1% in November 2021 and the BoE expects CPI inflation to stay around 5% this winter, and to rise further to about 6% in April 2022 (Bank of England, 2021).

The necessity to act to contain rising inflation in order to return the CPI inflation sustainably to the 2% target had been on the cards for a while, and in December the MPC considered the conditions to be right to try to cool spending in the economy. After all, the MPC’s remit is clear that the 2% inflation target applies at all times, reflecting the priority of price stability in the UK monetary policy framework. Of course, although the evolution of the pandemic is likely to weigh on economic activity, its impact on medium-term inflationary pressures is still unclear.

Inevitably, the BoE’s decision has raised eyebrows, attracting criticism from some quarters. The BoE’s move has been described as being simply “a pride thing, after the governor, chief economist and a couple of committee members spent months saying action was needed, but did nothing.” (The Guardian, 18 Dec. 2021). Given the most recent spread of the Omicron variant, the decision does indeed appear to be one that gives the impression that the BoE is more concerned with its own reputation than with the implications of interest rates rises for British households and businesses who are already struggling to contend with higher energy and commodity prices, the rises in National Insurance coming up in April 2022, added costs due to Brexit, and the underlying uncertainty affecting the labour market.

Going by retail banks’ initial response (there is no guarantee that a higher Bank rate leads to better returns on savings across banks and bank accounts), in terms of practical implications for households, it is already clear that variable rate mortgage holders stand to lose more than savers gain from this interest rate rise. As reported in an article published in the Financial Times (Financial Times, 16 Dec. 2021), “With 850,000 borrowers on tracker rate mortgages, a rise of 0.15 percentage points will produce an average rise in monthly repayments of £15, according to UK Finance calculations. For the 1.1m borrowers on a SVR [Standard Variable Rate], the rise would be £9.58.”

In defence of the BoE’s earlier hesitance in making a Bank rate decision and the call reached at the December MPC meeting, it must be said that it is genuinely a tricky time to set interest rates and to balance the need to prevent inflation spiralling out control without depressing further the prospects of economic recovery by avoiding discouraging borrowing and investment. In truth, the state of the UK economy remains very uncertain and so is the path of monetary policy.

Summary and Minutes of the Monetary Policy, available at: Bank Rate increased to 0.25% – December 2021 | Bank of England.