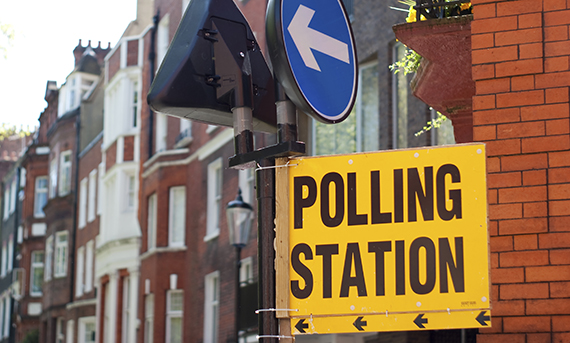 The latest British Social Attitudes survey today shows that there has been a recent rise in racism, this coming the same week as UKIP topped the poll in the European elections. Why?

It is clear now that immigration is a major current issue, with some suggesting that it may be the single biggest issue to voters at the ballot box in next year’s General Election. Some years back it was asylum seekers who were seen to be the main problem – more recently it would appear that EU migrants are the biggest concern. UKIP represents strong opposition to immigration, but even Ed Miliband used a recent party political broadcast to claim that he too would be tough on immigration. We have also seen Cameron and Miliband both openly stating that multiculturalism doesn’t work. This shift in rhetoric highlights that there is now an acceptance that opposing immigration is not racist, however there is a very real danger that this common acceptance that being anti-immigration is normal is the very thing that creates an atmosphere where prejudice can thrive.

The terrorist attacks in New York in 2001 and then in London in 2005 were responded to by the West, and in particular Bush and Blair, with the rhetoric of the ‘war against terrorism’, which led to the military involvement in Afghanistan and Iraq. While there has been some attempt in mainstream rhetoric to separate typical British Muslims from the ‘terrorist/extremist’ label, it has not gone far enough, so, as Chris Allen at the University of Birmingham shows, Muslims continue to be presented as ‘different’ and as a threat to Britain. The result, as I’ve seen in my own research, is that issues around asylum, immigration and terrorism become mixed – immigration is presented as a negative and as being problematic because those coming into Britain can be presented as potential terrorists.

The rise of the far-right

By capitalising on these anti-asylum, anti-immigration, anti-multiculturalism and anti-Muslim sentiments the far-right have recently gone from strength to strength. First the BNP became the most successful British far-right party, although support for this party has now collapsed and they lost both their MEPs in the European elections. As the BNP declined the English Defence League grew and the far-right ‘Britain First’ is now growing in popularity on facebook. Looking back at the rhetoric used by mainstream politicians and the media you can see that, at first, issues of asylum, immigration and multiculturalism are promoted as a problem – thus giving fuel to the far-right. Then, once the arguments presented by the far-right become established and, perhaps more importantly start to affect election results, the mainstream fail to challenge the far-right head on and, rather than opposing what the far-right are saying, they fall in line and begin to say similar things. This is a circular argument that maintains a cycle which feeds far-right organisations while also working to present problematic ideas amongst mainstream politicians and press as moderate and reasonable when compared to the far-right.

It now seems that many things that were once considered arguably racist – opposing asylum seekers, immigrants, multiculturalism and Muslims – are now seen to be normal and reasonable. On top of this, where being deemed to be racist would have once ended a parliamentary career, now it is those making accusations of racism who are running into trouble for ‘stifling debate’ and opposing freedom of speech.

Unless the rhetoric around immigration, multiculturalism and asylum seeking changes, and mainstream politicians are brave enough to tackle the issues head on, I fear that the popularity of the far-right, and the increase in racism in Britain, will only continue to rise.