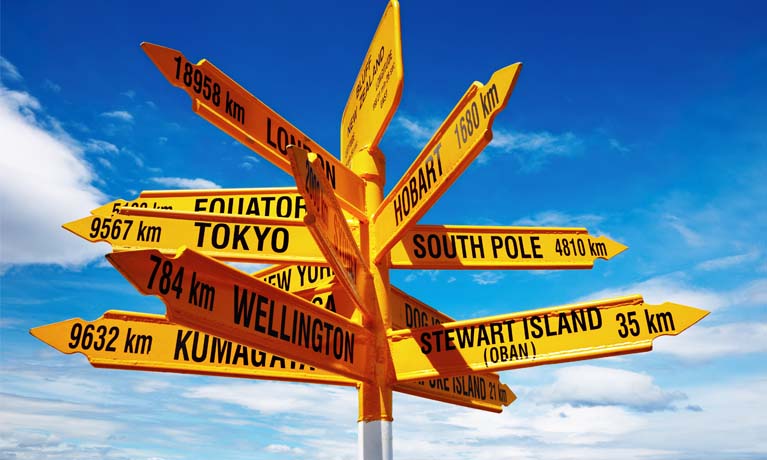 By Luca Morini from the Centre for Global Learning

I had a few very busy months, to say the least. Since March I travelled more than 40 thousand kilometres, worked with colleagues across five continents, and facilitated or got involved in more than 10 workshops on a number of different topics, from transdisciplinarity, to urban experience, to doctoral supervision.

Aside from really wanting to share all this, writing this blog is therefore for me an attempt to digest these experiences and “pull myself together”, by highlighting a few ongoing threads of meaning. And, with the benefit of hindsight, I might say that it all really points at one fundamental question, that is obviously central to the Centre for Global Learning’s (GLEA) “Education Without Boundaries” theme, as much as it is to education in the 21st Century as a whole, and that is : “how do we acknowledge the value, uniqueness and diversity of local experiences and ways of knowing and being, while at the same time finding ways of meaningfully, joyfully, collaborating together on addressing real-world global challenges through education?”

Or, to again echo the title of this post, how can we, as a species, value being all over the place while also pulling ourselves together?

I might be in touch in a few decades with a definite answer – for now, allow me to simply discuss some of the initiatives I had the opportunity and honour to be involved with.

In March, I spent two weeks in Australia, a much delayed project trip to establish a comparative discussion of decolonisation of Higher Education between Coventry University and Deakin University, comprising both interviews with practitioners and collective storytelling (during the pandemic Arinola Adefila and I did some work here in Coventry University – you can find the interim report here).

While in Melbourne and surroundings, I had the opportunity to engage with indigenous educators such as Mark Rose, and with colleagues at the National Indigenous Knowledges Education Research Innovation (NIKERI) Institute, who have been working strenuously and over many years to improve Indigenous participation in Higher Education. Recounting those conversation could be a blog series in itself, so I’ll just share a little nugget, that again links to our main thematic thread of being all over the place/pulling ourselves together: do you see that map of Australia above, with all the boundaries of Indigenous Nations’ territories? You might already find that pluralism surprising (it is an entire, huge continent, after all), but that is still a very Western visualisation. As Mark Rose discussed it, he revealed that those borders on the map are not conceptualised as fences to keep others out, but rather as places to meet them.

So the question about being all over the place AND pulling oneself-ourselves together comes back in a different form: how different would our world be if we treated boundaries (political, national, cultural, disciplinary) more like that?

As soon as I was back from Australia, I was immediately thrown into Coventry University’s Research Culture Week, where, with support and resources from the Research Culture Enhancement Fund, I engaged with colleagues across many of Coventry University’s research centre to explore accessible ways of discussing transdisciplinarity, particularly through the lenses of systems thinking, complexity theory and play – conceptualising transdisciplinarity as moving from zero-sum to non-zero-sum games, and the feedback systems implied in this shift.

Since before my doctoral thesis, I have been exploring the creation of play and games (and their dualistic nature as formal and informal, culturally grounded and human universals) not just to teach discrete contents (as done with serious games, for example), but to articulate and promote deeper philosophical and relational attitudes. The workshops where very well received, and I will be running them again for a joint Centre event, hopefully informing the development of our Postgraduate offer.

Again, another version of the question about being all over the place and pulling oneself together comes back for me: how different would the world, or our institutions, or education be, if we changed the rules that force us to “play the game” against each other? If instead of being forced to compete for league tables, funding, publications, we focused more on generating win-win opportunities?

Another week passed, and it was time for another amazing trip.

This time it was South Africa, where I have the honour of being involved in a collaborative PhD programme between Coventry University, Stellenbosch University (which is still contending with its own complicated past) and Walter Sisulu University (which is working to overcome a history of structural disadvantage).

While the programme is now entering its third year of activities (which included an introductory, onboarding “Year Zero”, building on two more years of work and funding bids), we never had the opportunity to meet face-to-face before. It was a great experience of conviviality, and, again, this programme would deserve a blog series of its own. But for me, the most striking aspects were again about “pulling together” a very different set of people, institutions, and expectations. We had many in-depth discussions about how through weaving processes across our three institutions we are both scaffolding (by providing a clear structure and milestone for progress) and constraining (by having participants jump through what can sometimes be perceived as unnecessary hoops), and particularly in how “PhDness” can mean fundamentally different things in different spaces and disciplines.

Another version of the same question: how different do we need our institutions to be, if we  want to set up academic careers that acknowledge the different values of different spaces and histories, but remain able to be in dialogue with each other?

While I was engaged in all of the above, something else was going on at the same time. Supported by the Policy Link Fund, I had the opportunity to run a small pilot for an approach I’ve been developing for the last few years: Youth Organising Through Playful & Participatory Internationalised Action Research and Systems Thinking approach (or, for short, YOUTHOPIAS).

Within this small pilot, I had the opportunity to work both with colleagues from Coventry, Sao Paulo and Kuching (Malaysia), using playful mapping approaches to discuss the idea of “the Welcoming City” in a series of hybrid workshops. We (young refugees from the Middle East, early career researchers from South East Asia, high school kids from Brazil, and Risk Prevention specialists from Coventry) considered the experiential landscape of our environments, who are the “key players” that can make them welcoming, and what could it take to actually make the spaces we live in more welcoming. Below you can see a few examples of the ideas and mappings that were shared (and here you can find more – some are still a work in progress, as the methodology is being adapted by colleagues to local needs). It’s still early days for the approach, but these early experiments seem definitely promising.

So the same question comes back again, in yet another form: how different could the world be, if we could find simple and welcoming ways of talking across community boundaries (and even across languages)?

To conclude these intense months, on the 20 April GLEA jointly hosted with the London Institute of Social Studies a Research Methodology Conference, aimed specifically at engaging doctoral and early career researchers from marginalised backgrounds.

The opening keynote, Lynette Jacobs, spoke passionately of authenticity, of vulnerability, of the struggle of moving across disciplines, and of the ethical commitment to being an activist and caring researcher. I was very happy to see these very human sentiments being expressed so strongly, particularly with this being the first opportunity to experience a face-to-face conference for many of the young scholars involved.

Hopefully we were able to model a welcoming and inclusive environment for them, and maybe then we can see a glimpse of an answer to the overarching question: maybe there is no conflict between being all over the place and pulling ourselves together. Maybe we can really ‘be together’ only if we acknowledge the fundamental value and humanity more in ‘being together whilst being all over the place’.

There’s surely a lot more to write about these months of activity, and this is really just the first attempt. And though all the questions above remain (mostly) unanswered, I am proud of being part of all these different attempts to address them – and writing this sure helped me pull myself together!