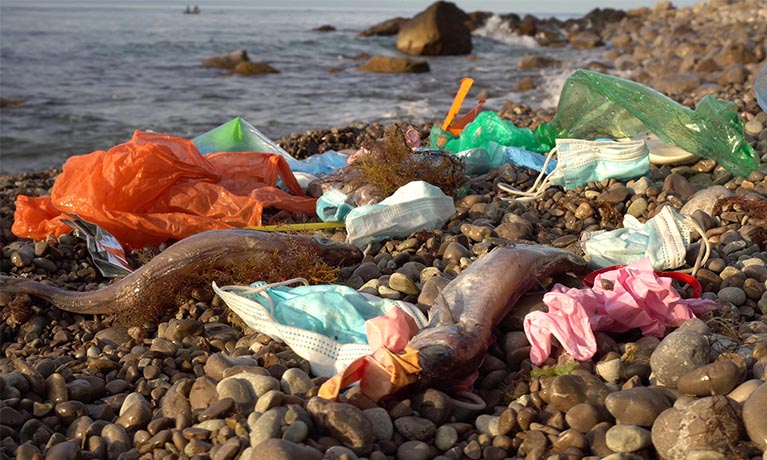 Professor Simon Dalby delivered the latest lecture in the CTPSR Webinar Series held on Wednesday, 20 October 2021 on the extremely relevant topic of current time ‘Pandemic Geopolitics in the Anthropocene’. This lecture is part of CU’s initiative to mark the COP26.

With significant scholarship in the areas of climate change, environmental security and geopolitics, Prof. Simon Dalby (a Professor of Geography and Environmental Studies at Wilfrid Laurier University) is an eloquent voice to give insights into the extraordinary transformations of the contemporary earth system that are currently underway and posing threats and disruption of human and natural systems. He prescribed the need for a new framing of how we define geopolitics, raising concerns for planetary boundaries rather than focusing on traditional borders, choosing ecological lifestyles and investment, as well as desire for emergence of a novel governance system to effectively tackling this climate change crisis.

With all the developments that we have seen in the ongoing pandemic, this is a timely lecture especially in light of the forthcoming COP26.

Dalby portrayed the linkages among the terms geopolitics and governance located in the geographically or traditionally segregated state system. He discussed how this traditional border centric governance and distinctions between developed and developing, North and South, rich and poor are irrelevant in this age of the Anthropocene, created by massive human footprints on ‘planetary boundaries,’ and the extraordinary challenges of climate change, pollution and mass extinction. Amidst this, the pandemic certainly amplified such fragility in the traditional geographical framing and how the modern state has underestimated such and remained totally unprepared to tackle these kinds of threats. We are in a world in which viruses and everything else, travel through all sorts of trade routes and all sorts of communication systems, which do not fit our traditional understanding of how governments should act. We are also increasingly vulnerable to the disruptions of our artificial world with global implications. So, in this increasingly artificial world, traditional notions of borders are increasingly unhelpful; hence Dalby’s use of the term ‘unsustainable borders’.

In the backdrop, the world also seen the rise of new nationalists, claiming the future belongs to patriots, closing borders, imposing trade restrictions and upholding the interests of the peoples within their territorial boundaries. Yet can such traditional notions of state boundaries actually be useful while the earth is encountering such huge threats of climate change? Do these distinctions really matter when we think about the globalised world or while we are living in an increasingly artificial world in which old fashioned geographical distinctions enforced with fences can be transcended by all sorts of relatively cheap, easy and practical technologies? And most importantly in a world which is already hit by the consequences of climate change, which doesn’t respect any boundaries. The pandemic has just shown us even the most modern states, which maintain strong border controls, are unable to protect citizens from the exposure of deadly viruses and diseases.

Dalby thus urged that the ‘planetary boundaries’ are the most important boundaries in the Anthropocene. The massive increase of the carbon dioxide concentration in the atmosphere, withdrawal of ground water are some of the crucial planetary boundaries that are posing huge concerns for our earth. Clearly human activities are changing ecological systems in all sorts of ways that are novel. We already seeing the consequences: increased glacier melting in Arctic with the rise of temperature, more intense wildfires in Australia and USA, and tropical storms heading towards South and Southeast Asia.

The complexities earth is facing through attempts to tackle this were also highlighted. Climate scientists recently noted, with Covid-19 and the rapid shutdown of industries in India and many parts of the world, air pollution dramatically reduced. Yet, because of less air pollution, more sunshine actually got through to warm the waters in the Bay of Bengal, feeding the energy in the tropical storm and hence making the damage worse when it hit Bangladesh and India in 2020. The shutdown of the economy, whilst reducing pollution, actually made the storms worse. And it’s the interconnection between these kinds of things which is making the Anthropocene novel and unique.

Now the big questions is ‘Can we stop overshooting our planetary boundaries ecologically?’

In the words of Simon Dalby

‘the heart of geopolitics now has to be complemented by an understanding of the ecological interconnections across those borders, but we also need to think in terms of planetary boundaries, not just borders understood as concrete and fences, but understood in terms of ecological thresholds, which we should not cross’.

This is absolutely crucial for understanding the future geology of the planet and our own future on it.