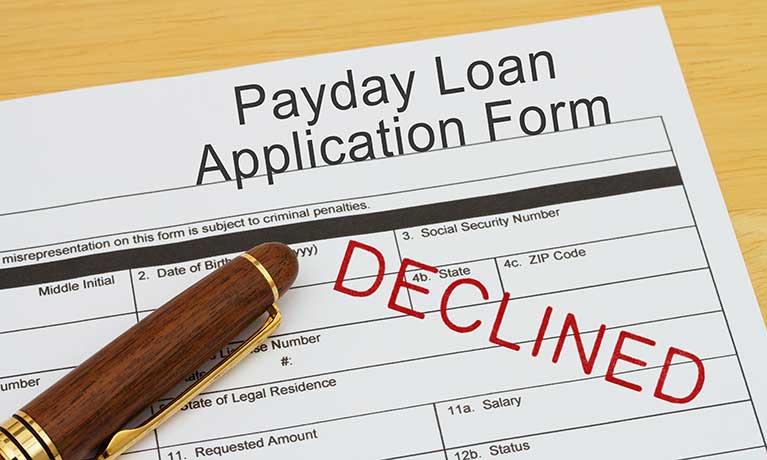 This post first appeared in an article in Quarterly Account (issue 52), the journal of the Institute of Money Advisers.

New research by Coventry University and Toynbee Hall explores the impact of the introduction of High-Cost, Short-Term Credit (HCSTC) regulation in 2015 on declined payday loan applicants in England and Scotland. We define declined borrowers as those that had access to a payday loan prior to the regulation and are now no longer eligible. The aim of the research was to explore the lived experience of being declined to find out:

Here we provide a summary of our report and links to our reports can be found at the end of the article.

In the UK since 2010, payday loans have been the subject of considerable attention by politicians, the media, and regulators due to the level of indebtedness and consumer harm caused by these products. Before the regulation was introduced in 2015, the average value of a payday loan taken out by a consumer was £270 for 30 days and the cost of a payday loan could be between £15-£35 per £100 borrowed for 30 days, equating to between 448 percent and 3,752 percent Annual Percentage Rate (APR). There were few restrictions on who could access a loan, no limits to the number of loans that could be rolled over or taken out at a time so people often found themselves in precarious financial situations. However, payday loans served demand for credit caused by stagnating wages, unstable employment and rising costs of utilities and goods.

In November 2013, it was announced that there would be a legal cap on the cost of a payday loan or HCSTC, which the newly created consumer credit regulator, the FCA, would enforce. The cap, which came into effect in January 2015 was structured in three ways:

Other rules included restrictions on rollovers (where borrowers can extend their loan), use of the continuous payment authority (CPA), and risk warnings to be included on financial promotions.

The FCA estimated before the cap was set or introduced, the regulator predicted that 70,000 people each year would be denied access to a payday loan after the cap. Coupled with wider reforms to the industry, a total of 160,000 people – or 11 percent of those who had previously sought to take out a payday loan – would lose access to this form of credit. Before the price cap came into force, the FCA estimated that if HCSTC was no longer available:

In short, regulation was designed to curb irresponsible lending and protect borrowers in the payday loan market. This research adds greater depth to existing research and highlights the lived experience of declined applicants since the introduction of the regulation.

We undertook interviews with declined payday applicants in Birmingham, London and Glasgow to examine the behaviour and strategies of borrowers as a result of not having access to payday loans. Here we provide an overview of the journeys that people took once declined. Our research found that when declined or unable to access a payday loan, participants were more likely to seek credit from another source (either an alternative formal lending route or friends and family) than “go without” credit by cutting back spending. Of the 64 people that were declined a payday loan, we found that 58 percent (37 out of 64 participants) took action to seek access to other forms of credit after being declined (e.g. applied to another payday lender, friends and family). The majority of people accessed credit from friends and family (taken by 23 of the 64 declined payday applicants or 36 percent). The remaining 42 percent of participants (27 out of 64 participants) took action towards other strategies that did not involve seeking credit (such as increased working hours). However, we often found that participants employed multiple strategies to manage their financial situation.

The key finding of this research is that even when borrowers are declined, they still seek a form of credit to help smooth over incomes during financially lumpy periods, or when experiencing short term financial difficulties. The most likely behaviour someone who is declined a payday loan will demonstrate is to seek another borrowing option. Our research found borrowing from family and friends can be a negative experience and we found that interviewees had very limited knowledge of alternative credit providers, be they low-cost options, or the growing number of mid-cost borrowing options (such as Credit Unions and Community Development Finance Institutions (CDFIs)). Work is needed in this space, to market and promote these services to ensure they are widely available – and better known – to many more people. We recommend the development of more affordable borrowing options for those for whom borrowing is manageable. The demand for credit is still significant for those that are declined a payday loan so it would be preferable to see an increased supply of alternatives to HCSTC as well as ways to help households reduce credit usage. For example, non-credit options include: better signposted advance payments for those in receipt of benefits, or easier access to advance payments from employers, Rent-Flex schemes and Request to Pay service. We acknowledge that credit isn’t always the solution to all the borrower’s problems, but more affordable credit options would provide a lifeline for many people today who feel their only option is to use very expensive credit products, or to go without essential items such as heating or food for themselves or their family.

Our research shows that the HCSTC regulation has helped protect payday borrowers from significant financial harm. The findings do not present any evidence to support either a relaxation of the rules regarding affordability for payday lenders or the payday loan price cap. Some borrowers were only temporarily declined from accessing HCSTC so regulators need to test how the regulations are working in practice.

This research has provided a greater understanding of the lived experience of being a declined applicant of payday loans and is intended to provide policymakers, financial service providers, and client-facing charities with further evidence to enable them to reflect on what more they can do to support people who find themselves in either regular or one-off instances of financial hardship.

This research was funded by Barrow Cadbury Trust and Carnegie UK Trust. The reports are available online at:

Dr Lindsey Appleyard is Assistant Professor at the Centre for Business in Society, Coventry University. Carl Packman carried out the research in his role as Research and Good Practice Manager at Toynbee Hall. He is now Head of Corporate Engagement at Fair by Design.