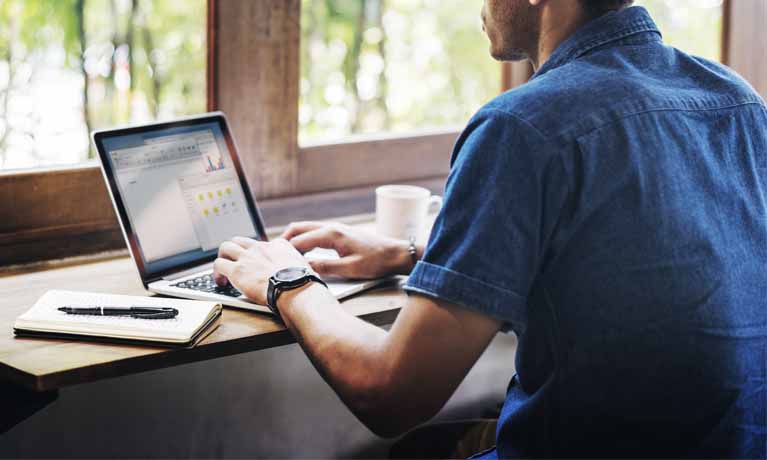 In this blog, Professor Duncan Lawson from the Centre for Global Learning discusses the pros and cons of online conferences following his experience of delivering a keynote lecture during the Covid-19 pandemic.

Time was when an invitation to give a keynote presentation at an international conference was something of a personal coup. Not only does it look good on your CV, you could also look forward to an expenses-paid trip to a (hopefully) interesting destination, a stay in a comfortable hotel, and the opportunity to interact at the conference dinner with thought-provoking colleagues. And the agenda for the conversation, in part at least, would be set by ideas you raised in your talk.

However, that was in the days before we had heard of Covid-19. Nowadays, the experience is somewhat different.

Earlier this year, I was invited to give a keynote lecture on the value of networking in mathematics and statistics support at a conference being organised by the khdm (Kompetenzzentrums Hochschuldidaktik Mathematik) centre at the University of Paderborn. After providing me with the date, there was an almost throwaway remark in the invitation – that the event would be hosted using Zoom. Instead of a luxury hotel and appetising conference dinner, it was going to be the desk in my spare room and my usual cheese sandwich.

A couple of months before the event, I received a draft of the conference programme. My talk would open the conference, and the schedule looked really interesting with lots of sessions I’d like to attend. When I told my contact, he apologetically told me that, apart from my talk, everything else would be in German – they’d sent me an English translation of the programme (to my shame, I am one of those British academics whose language skills end with schoolboy French). He assured me that the delegates would be competent in English and would certainly understand my talk, but they were more confident presenting (and talking generally) in German. My hopes of stimulating conversation were somewhat dashed….

Then another complication presented itself. The company I had ordered a garden summerhouse from nearly three months earlier, contacted me to say that it would be delivered and installed on the day of the conference. Since my spare room overlooks where the summerhouse would be constructed, I had vision of presenting my talk to an accompaniment of hammering and sawing.

However, undaunted, I gave the keynote lecture “The sigma network – networking in mathematics and statistics support” on Thursday 22 October 2020 at Digitaler Lernzentrumsworkshop, hosted by the khdm centre. I shut the blinds to hide the workmen building outside, used a headset so that extraneous noise was minimised, and the technology did its stuff. Colleagues around Germany sitting in their spare rooms listened, interacted on Zoom chat, and after I had finished they asked questions. They even applauded virtually!

Reflecting on this experience, it was a mixture of pros and cons. The biggest pro of being online is that if it had been a physical, face-to-face conference, I may not have been asked at all. Knowing the organisers reasonably well, I think they might have thought it too large an imposition to ask me to travel to Paderborn to give a forty minute talk when I would (because of my hopeless language skills) be excluded from the rest of the conference.

There are other obvious pros too – I did not have to endure the frustrations of time spent in airport departure lounges and it was good for the environment. Plus, as soon as I had finished my talk, I could check that the workmen had built the summerhouse to the required standard (see picture).

However, there are cons to online conferences too. I found it hard to judge from the Zoom thumbnail pictures how the delegates were receiving my presentation. Did I need to speed up? Or spend longer on key points? Were they understanding my English? You get a much better sense of these things when everyone’s in the same room.

On top of this, there was no opportunity for networking. It’s been my experience that even amongst self-opinionated academics, there are those who don’t like to ask questions in public. They come up to you in the coffee break with their (often highly insightful) questions. There’s no chance for this when everyone is going off to their own kitchens to make their own coffee.

So, will I be giving any more invited talks by Zoom? Absolutely. I’m off to Washington (virtually speaking) in January 2021 for a Mathematical Association of America event. But I’m also looking forward to being able to meet people in person again sometime in the future. Maybe next September in Coventry at the CETL-MSOR conference.