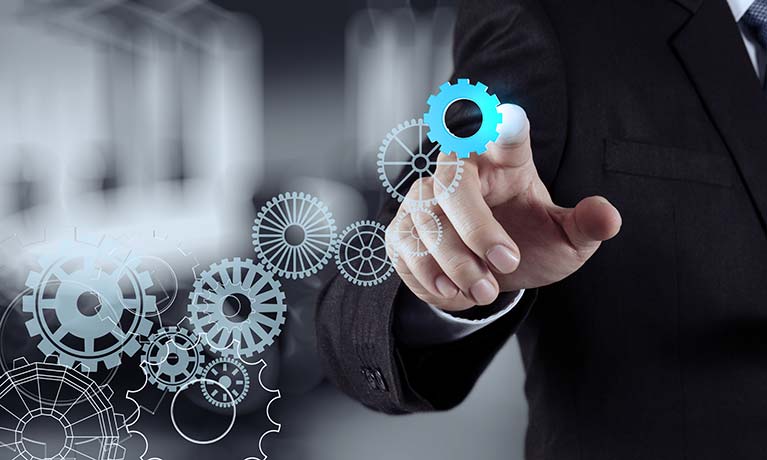 Ten months after Boris Johnson finally seized the reins of power he had coveted, where Brexit once stood ascendant as the animating feature of British politics, attention is now understandably fixed on his government’s response to the Coronavirus public health pandemic; a situation complicated by Mr. Johnson’s unfortunate admission to hospital with symptoms of the virus.

Yet the necessary domination of the political agenda by Coronavirus has momentarily obscured the many tensions wrought by Brexit across many areas of public policy, pressures that will still need to be overcome once the global public health pandemic has been brought under control and overcome. One example a future government will need to address is the tension that exists between Brexit and industrial strategy, which can only properly be understood by placing the discussion within the grand historical arc of industrial strategy since the late seventeenth century. Such a broad narrative sweep, however, is unrealistic for a blog, and so instead we pick up the story in the 1960s by highlighting how the overwhelming priority of UK industrial strategy has often been to position its open economy within the international economic order. This is different from the experience in other countries where industrial strategy has commonly shown Listian qualities in the creation and preservation of national champions.

As the post-war manufacturing boom in the UK economy began to dissipate in the 1960s the political establishment became convulsed with existential angst over the economies relative economic decline with its competitors in Western Europe. UK industries were struggling to cope with the loss of the British Empire, which had long protected firms from the cold winds of global competition. British companies, still reliant on imperial markets for exports, had postponed the necessary investments needed to modernize their production and management. Once imperial markets were lost, British industry struggled to respond. Precisely because it promised access to new markets for UK exports, the Heath government (1970-1974) sought a fresh position for the British economy within the international economic order in the momentous decision to join the European Economic Community in 1973.

After the 1979 election of Margaret Thatcher and the Conservative Party, the priority of industrial strategy (not that they would admit they had one) was again the integration of the British economy within the global capitalist system. The City of London was hailed as the beacon of a new capitalist credo that they wished to instill throughout the entire British economy. Gone were capital controls and removed by the Big Bang of 1986 were the restrictive and inhibitive regulations of the post-war era. Lavished upon it were extravagant infrastructural investments, such as the Jubilee Line extension, to better connect Canary Wharf to the existing London tube network. The means might have been new but the ends were old. These policies designed to restore the City of London to the premier financial hub of the world economy, a position in the international economic order the City had last occupied prior to the First World War.

UK industrial strategy continued as such until the economic maelstrom of the global financial crisis, which has led to remarkable transformation in its trajectory. If the initial embrace of industrial strategy by the Brown government was lukewarm, by the time Theresa May became Prime Minister the relationship had developed into a passionate love affair. Elected, at least in part on the assurance that she would implement a ‘proper industrial strategy to get the whole economy firing’, May set about delivering on her promise once safely lodged in Downing Street. Early institutional innovation saw the creation of a new Department of Business, Energy and Industrial Strategy, and innovative cabinet committee on Economy and Industrial Strategy chaired by May in person. The 2017 White Paper on Industrial Strategy revolved around the plan to ‘pick winners’, where specific economic sectors and technologies would be selected by state bureaucrats for preferential policy intervention. In other words, industrial strategy was evolving to look much more like that of other countries where it focused on the production of national champions.

This industrial strategy has been upended by Boris Johnson and his government with an uneasy detente existing between the more dirigiste approach to industrial strategy inherited from Theresa May and the pretensions towards a ‘Global Britain’ articulated by ardent Brexiteers. The call for the British economy to adopt a global orientation through independent trade deals, creation of freeports, and proposals to turn Britain into Singapore-on-Thames (an onshore tax haven) is nothing more than the latest incarnation of UK industrial strategy whose objective has always been to position the City of London as the global financial center of choice for investors within the world economy. The tension arises from the incompatibility between these two competing visions for industrial strategy. Realizing the vision of a Global Britain requires further bouts of deregulation, liberalisation and corporate tax cuts turning the UK into an international playground for global multinational corporations; the opposite industrial strategy required to produce national champions.

Prior to the Coronavirus crisis the Johnson government appeared set to neglect industrial strategy and implement what could be described as a ‘Global Britain plus infrastructure’ plan. This was always unlikely to please anyone other than hedge fund managers who are given political cover to asset strip the British economy to within an inch of its life. As usual it was left to the Institute of Fiscal Studies (IFS) to provide a damning assessment of the government’s budget. Despite the relatively lavish sums set aside for infrastructure, the IFS drily noted that regions like the West Midlands and North of England require much more to ‘level-up’ than just new roads. This plan however has not survived contact with the global public health emergency, the Johnson government announcing, if yet to deliver, significant Keynesian fiscal stimulus to overcome the economic impact of Coronavirus and having to bail-out firms finding themselves in difficult like EasyJet. Where this will leave industrial strategy after the crisis is anyone’s guess.