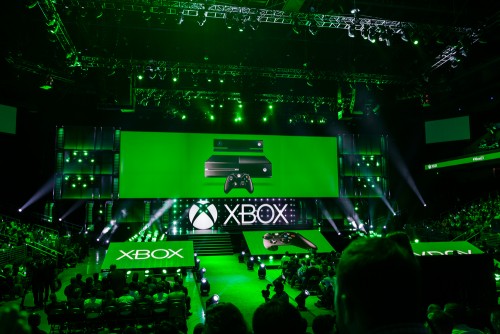 This summer, Xbox advertised for student ambassadors, offering an amazing opportunity for students from universities across the country to represent the brand, creating, planning and organising events on campus to promote the new Xbox One console and the fantastic new games available! “I’m Neil Bowden, I’m 25 years old and I’m a first year Mechanical Engineering student. I was born in Coventry and have lived here for a large portion of my life. I’ve got a passion for games, which started when I was young and developed into an affinity with the Xbox brand.”

Neil is such a huge Xbox fan that he was presented with a complimentary Xbox One console, purely because of how many games he’s played so far, and what an avid fan he is! When the student ambassador oppourtunity was revealed, Neil knew he had to apply:

Xbox sent out an email in the summer holiday period advertising for student ambassadors – an opportunity I couldn’t pass up on! […] I was invited to a Skype interview, where I was grilled about my Xbox knowledge, asked what would make me a great ambassador and gave interesting things about myself. A week later I received an email inviting me to Xbox HQ for training!”

Brilliant news! To help him in is new role, Neil was given an extra Xbox One console as well as games and goodies to share with the students of Coventry University!

Both Team Xbox and I are here for the students. Students can message me on the Facebook group with suggestions about what they would like to see, and I’ll be happy to do my best to make it a reality – whether it’s a single player experience or a FIFA tournament. Lets get playing!”

“The UK launch of Halo: MCC collection was absolutely incredible. The Team Xbox ambassadors got to play the game and watch a sneak preview of the upcoming (and very impressive) Halo: Nightfall.
The night was filled with nostalgia as we witnessed the pro Halo players battle it out on the maps we grew up playing. We came back with some fantastic ideas on getting everyone involved in playing great games like Halo: MCC”