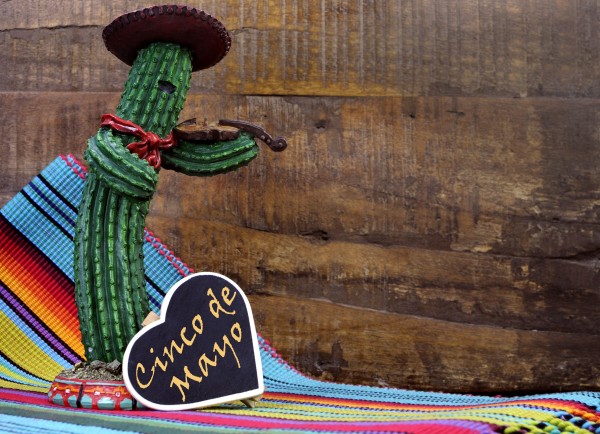 On this glorious #CincoDeMayo we are celebrating some of the best exports and fun facts to come out of sunny Mexico.

Cinco de Mayo celebrates the Mexican armies victorious triumph over the French at the battle of Puebla during what was suitably known as the Franco-Mexican War, which lasted from 1861 all the way through to 1867. Although Cinco de Mayo is relatively un-celebrated in it’s home country, the US go head over heels for the special day and festivals include mariachi bands, music performances and of course parades!

You might not be a fan of spicy food or hate the thought of the desert heat, but there’s a lot more to this beautiful country than sun and spice! In fact Mexico has contributed some of the most important items known to civilised man, like… Known by most of us as the main ingredient of a Margarita, Tequila is traditionally meant to be sipped and savoured like a fine whiskey. So, not in shot form followed by licking a salt pile and sucking on a dodgy lemon…

Did you know that Mexico isn’t actually Mexico’s official name? It is ‘Estados Unidos Mexicanos’ which translates to the United Mexican States.

The official name is used only by Mexican officials who deal with diplomatic protocol and official documents pertaining to international relations. For the rest of Mexicans — and the world — the country is simply known as Mexico. The Mexican flag, or as I should call it the flag of the United Mexican States, consists of three vertical stripes. But you may not know that the green stripe commemorates the independence movement, whilst the white represents the purity of the catholic faith and the red symbolises the Spaniards who aided the quest for Independence, or if we’re being slightly more graphic; it represents the blood of the National Heroes.

4. Everyones (least) favourite little dog and the smallest dog in the world….

If you’re a small dog person then you have the gorgeous city of Mexico to thank for this yappy fella. The pup originated from the Chihuahua region of Mexico, hence the name. Although many experts are unsure exactly how they came about, it is believed they are a great decadent of the Techichi breed. No no, not like the loveable cartoon Bugs Bunny…  Mexico’s very own brand of rabbit is just as cute though; the volcano rabbit sadly doesn’t have huge flames coming out of it’s mouth or even a reddish tinge to it. It just looks like a tiny little field mouse but way more round. In fact it’s the second smallest rabbit in the world. As you can imagine, it doesn’t make a lot of noise when it moves so it emits high frequency noises to warn other mini rabbits of impeding danger! What else do you know about Mexico? Share it in the comments below!