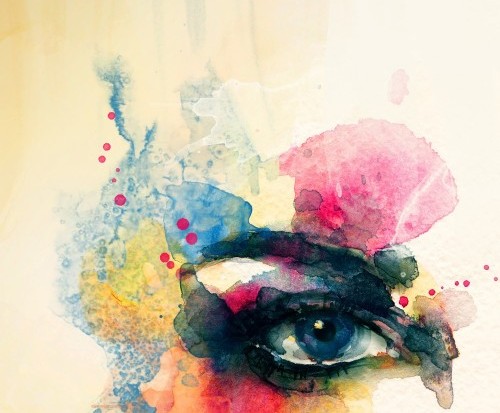 In 2012 Jane, a sociology and psychology student, took a year out to undergo chemotherapy for Leukaemia. Whilst the disease was cured, the treatment was wrongly administered – causing her to go completely blind overnight…

Remarkably, Jane returned to University in 2014 to complete her degree, with a little help from our Health and Wellbeing service.

Hi I’m Jane Karuoya, I have been a student at Coventry University since 2010. I took a year out after my second year to be treated for Leukaemia. During chemo I was given tablets that were intended to be taken over a 6-month period, but I was given them over 3 months. It created a lot of pressure in my brain – it actually made me completely blind overnight. The cells in my optic nerve had completely died from all the pressure that was on them, they are now permanently damaged.
It does happen, but it’s very rare. I’m one in a million.

They did some procedures in hospital, so now I’m partially blind, I have a little bit of sight. Right now, we just depend on the future of medicine. They don’t have a cure for humans with my condition right now, but they have cured it in rats.

When did you decide to return to University?

In 2013 I contacted the Health and Wellbeing Centre. My youth worker and I spoke to Debra Jackson, the university’s disability co-ordinator, to plan what I was going to do for the third year. I said what I could do, and what I needed help with.

Debra introduced me to Maddie, a photography student who had chosen the ‘Helping students with additional needs’ add+vantage module. We began to work together. The first time was hard; it was hard to let someone do stuff for me; I’d never needed that before. I’ve got used to it somehow.

It was also hard to make friends, everyone was a stranger as I couldn’t see them. Most of the time, I’m dependent on the friends that I made before I lost my sight. These were people that I knew from my first and second years of university, but most had left after completing their third year. The only friends that had stayed were ones who had taken a year out, so there were only about five of them. That’s why it helped to meet Maddie, within ten minutes we were chatting like old friends.

How have you overcome the challenges of a lecture theatre?

I have the lecture slides in advance so I can go through them before I go to class. I tried the note-taking service but it wasn’t for me. Instead of me putting all that pressure on someone else, I decided to start writing my own notes. Yes, the writing could be everywhere – all over the page, but I got used to it and I could understand what I’d written. I use an I-pad now, so it’s easier, I can take notes using big print.

How have other students reacted to your condition?

I have an example for you: at the beginning of the academic year, the teacher put us into groups of five and gave us a task to do together. Everyone in the group just looked at me, they didn’t know I was blind, so they wondered why I wasn’t reading. The tutor came over and said ‘Oh, you might need to read out to Jane because she cannot see very well’. A girl read the work out to me, which I was so grateful for, but then they started discussing it between themselves. I could tell that they had kind of downgraded me. When I joined in the class discussion later and got the answers right, a guy actually said to me ‘are you sure your blind?’

Do you think that when people hear someone’s blind, they equate that to ‘they wont understand anything’?

Yes, I get that all the time. All of a sudden people stigmatise you. Right from the start I thought –I have to choose whether to be offended, because if I am, I will just live as a grumpy old person. So, I just have to go with it, it just happens. I do change peoples perceptions though, even my own mum, even me! I surprise myself sometimes.

I know that I’ve changed a few people’s perception of life in general, and the way they look at things. I tell people, don’t just assume that ‘well, she’s blind so she doesn’t know something’. That is the wrong perception in life. Do not stereotype, you don’t know what they’ve been through. You don’t know what’s going on now, what went on then or why they are where they are.

What other perceptions do people have?

When I go to meet people, they expect to see a dog or a cane, but I didn’t want any of that, I hate stigma. I had a visual stick at first, that’s not one you tap the ground with, it’s just one to make others aware that you’re visually impaired. I used it once and I thought, gosh, everyone knows I’m blind. I thought – I can’t do this. It didn’t feel good, I didn’t feel beautiful; people just looked at me and saw the stick. How did your family react?

It was really hard for my family. When I got home from hospital my mum didn’t want to leave me alone, she didn’t want to leave the room. It really affected them; I know my dad did not cope well with thinking ‘my daughter is blind’. He told me recently how much it pained him at first and that one time after talking to me, he went out into the garden and screamed. He then came back to me and continued chatting as normal. I had no idea.

I know it hurts my mum to see me struggle when I’m studying, so I try and hide it. I only read when they are not around, so they don’t have to look at me and feel pity. Now because I’ve shown them that I’m able, they’ve gained that confidence in me. So right now they’re coping, we’re all coping.

How has your reduced sight affected your social life?

My social life is back to normal now, before I didn’t want to go out, I didn’t want to do anything. I felt unsafe outside; I just wanted to stay indoors and listen to music. I used to love movies, so I decided one day to go to the cinema. I went with my brother to watch an x-men film. I thought, ‘I can just go along, sit down and listen, listen to the words, the effects and the music’.

I sat there, looking at the big screen and I suddenly realised: I could see! It was so big that I could see everything on that screen. I felt like a kid in a candy shop. I couldn’t help myself, I actually started crying. I started telling my brother what everyone was doing on screen – because I could see it, he was amazed. It was like a small miracle, and I was just so, so happy.

Afterwards I thought, if I can watch a movie – what else can I do? Me and my family started going out, we went on holiday to Scotland, we went to Alton Towers – that summer was incredible, I did everything!

Finally, what made you come back to University?

After that summer I realised, I was still capable. It was exactly what I wanted, to feel like that, and I decided that from now on nothing was going to hold me back. I wanted to come back to uni and finish my degree. I graduate this year and I might even do a masters in psychology or social work.

My attitude now is: tell me to do something, and I’ll do it. I wont just go ‘sorry, I’m blind’.
It’s been good so far.

Jane works alongside Maddie, a photography student who chose the ‘Helping students with additional needs’ add+vantage module. Read more about this and their friendship in Maddie’s story.