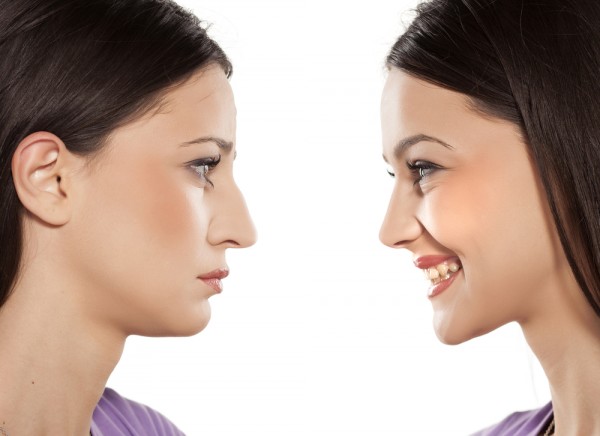 Don’t worry, this isn’t an egotistical lecture on why I’m Kanye’s greatest rival. Actually it couldn’t be further from that!

In life we continuously make comparisons between everything that surrounds us; the weather we’re experiencing compared to that of our friends abroad, how we’re feeling now compared to earlier and probably the most important, and fracturing, is how we compare ourselves to one another.

Whether it be conscious or not. we repeatedly weigh ourselves up against those around us. From hair colour to shoe size, we find it impossible not to make comparisons with one another. However, with the spotlight on celebrities shining brighter than ever nowadays – thanks to social media – we now have another thing to compare ourselves to.

Now don’t get me wrong; making comparisons can be a healthy activity. Comparing one’s self to an inspiring role model or influential figure allows you to set yourself goals and targets to achieve, based on that person’s own achievements.

However, with the ever increasing popularity and availability of social media, the comparison game is much easier to play. Whether civilian, celebrity or public figure, anyone can share anything online. As social media users, we can all now compare almost every aspect of our own lives with that of others, even those we don’t actually know.

Seems harmless, but this can become a problem when children and young adults begin to make changes in their own lives, based upon the actions of the celebrities they follow. Right now young people are faced with the likes of Kanye West and Kim Kardashian for inspiration, clearly it can’t be a good thing if everyone starts to aspire to be like these controversial personalities?

From selfies that hide the makeup team round the corner, to Photoshop wizardry and ‘bikini bodies’ that meant starving for weeks before the camera came out; celebrity pics are not always what they’re cracked up to be. Even worse, if celebrities deign to look ‘bad’ or ‘normal’ they instantly get shamed online through the power of the camera phone.

It’s not just the fabricated lifestyle, the inflated self-importance and the ridiculous baby names that people are trying to replicate. The art of ‘creating the celebrity look’ has only been made more prevalent through the creation of apps such as Photowonder and Picmonkey, which allow users to completely alter the original look of their latest selfie or group shot. Although handy, giving people the chance to look more and more like their respective idol could easily blur the line between comparison and reproduction.

Developing a desire to replicate celebrity-style beauty is one thing, but it’s now becoming common place for people to edit their photos to completely alter their appearance before posting them on social media.  The editing is often so intense that it can render them completely unrecognisable in real life. How can it be right, acceptable or even ‘the norm’ for teenagers and young adults to feel the need to completely edit themselves so extremely?

“I take selfies to share my experiences with my friends and followers. Yet somehow the authenticity of my appearance escapes many of my own photos.We modify our photos in an effort to be the best we can be and to compete with the Photoshopped beauty of the stars. The problem is that we start to consider our perfect selves to be our only selves. In reality, altering our photos can cause self-esteem issues and set unrealistic expectations for other people”
Levi Chambers

Due to the attention celebrities and their false aesthetic qualities receive, there is now a unreachable level of accepted beauty that young people believe they have to adhere to. The editing apps and social sites are not only enabling young people to portray a distorted image of themselves online, it’s practically encouraged. It won’t be long now before we don’t even recognise one another in the street.

So before you edit your next selfie, we encourage you to take a moment and remember the following:

1. Celebrities have an inordinate amount of funding to continue their ridiculous beauty regimes

2. They have a team of people working on them before almost any public outing

and, probably most importantly..

3. You are your own person, you are not here to replicate someone else.

The moral of the story is to embrace who you are, and if you do ever want to change the way you look, do it through positive and healthy lifestyle changes, not on a computer. #acceptyourselfie