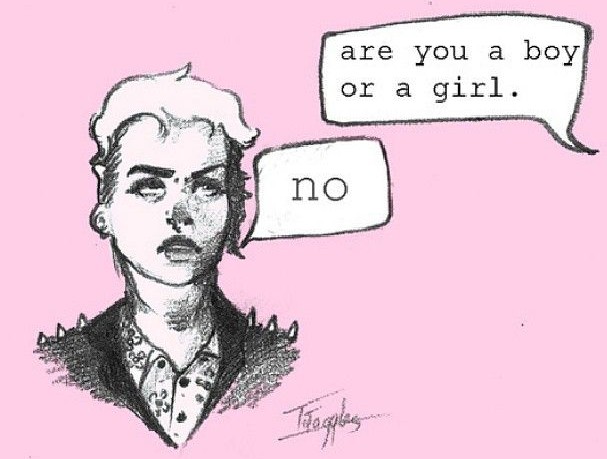 It’s a simple lesson from primary school; if a person is male you use the terms ‘him’, ‘his’ and ‘himself’, if they are female you use ‘her’, ‘hers’ and ‘herself’, right? Not necessarily, what if the person you are discussing is transgender?

For some, the biological sex they were born with does not match their gender, while others feel neither end of the male/female spectrum expresses their gender. Some define themselves as ‘genderfluid’, meaning that their gender identity changes over time.

For others, the issue is not how they express who they are, but how others view (and react) to them; for example a gendered pronoun when discussing a partner may reveal that a person is gay – something which they may not wish to reveal.

A growing list of universities – including Coventry – are increasingly giving people the choice to express their genders in a wider variety of ways. Many allow students to register preferred pronouns in the official registration system.

This card, developed by the University of Madison-Milwaukee LGBT Resource Center, lists a selection of pronoun options: Some people will be keen to make their chosen pronouns clear (why not include it in your email footer?) while others will not, but the key piece of advice is this; if you are not sure what pronouns to use, ask. It may feel a little strange at first, but that’s better than months of awkwardly trying to avoid using pronouns at all. When you get a reply, listen –it’s important to them, so it’s important to get it right. That’s just a matter of respect.