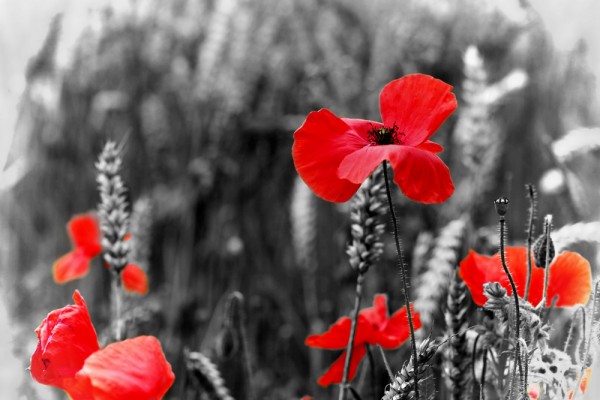 Remembrance Sunday is an annual event that traditionally takes place on the second Sunday of November – this year that’s November 8th, this coming Sunday.

On this day, amongst various ceremonies across the country, there will be a two-minute silence at 11am. The silence, which is repeated on Armistice Day, allows the nation to pause and reflect upon the sacrifices made by those who suffered or died in conflict. Originally created to commemorate the war dead of the First World War, the ceremony now officially marks a remembrance to all service people, current and past.

Every year there is a televised service at the Cenopath monument in Whitehall. Prior to a march of current and ex-service people, a wreath is laid by the Queen at its base in memory of all those who have suffered or died in war. This ceremonial act ensures nobody is forgotten, especially the unidentified soldiers lost in battle.

Why do we wear poppies?

The poppy campaign is part of Armistice Day, which takes place on the 11th November. Across the world millions of people observe a two-minute silence at 11am on the 11th day of the 11th month. This time commemorates the cease of battle in 1918, marking the beginning of the end of the First World War in 1919. As with Remembrance Sunday, Armistice Day is now widely recognised as commemorating recent conflicts as well as the two world wars.

According to The British Legion, the poppy was the only flower to bloom on the barren fields that had been destroyed by constant bombing and the soldiers’ footfall. The poppies grew in huge crops, adding colour and life amongst the destruction and chaos of the war fields. Inspired by the sight, Lt Col John McCrae wrote a poem, In Flanders Field, which in turn inspired an American academic – Moina Michael, to start making red silk poppies. In 1921, The British Legion ordered 9 million poppies from Monia, and sold them on Armistice Day. They raised over £106,000 during the first ‘poppy appeal’ in 1921, which equates to over £4 million in todays money, an unprecedented amount! The tradition was born and every year the sale of poppies brings in money to support the British Legion who look after both serving and ex-service people and their families. This aid can include the upkeep of residential homes, welfare centres, health costs and financial needs.

Poppy guidelines from the British Legion:

The poppy is NOT: The 14th November marks an important event in Coventry’s history, the night of the Coventry Blitz. There will be many events to commemorate this, watch this space to find out more!