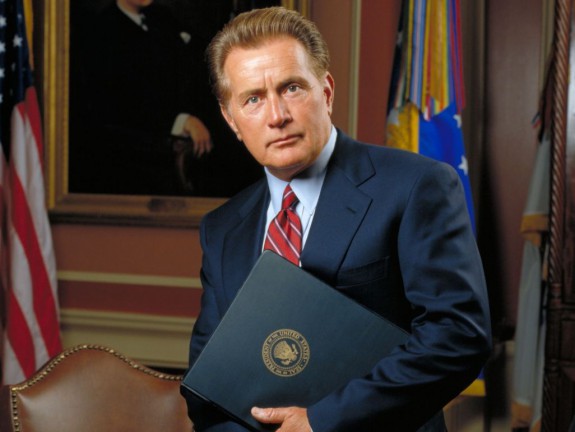 The President of the United States is one of those roles that appears on any number of TV shows or movies and some are better than others. With the result of the real-life Presidential Election 2016 becoming public knowledge by tomorrow morning, UnCOVered’s resident film-geek takes a look at the best on-screen Commander in Chiefs, starting with a recent depiction…

House of Cards is great. Kevin Spacey stars as the political schemer who bluffs, bullies and blackmails his way into the Oval Office. After he is passed over for a top cabinet job by the sitting President, chief-whip Frank Underwood hatches a plan to oust the man who shunned him. Some expert politicking/scheming/plotting sees him rise through the ranks and gain the Vice-Presidency. Then, when some dodgy dealings by the sitting President are uncovered, Underwood finds himself the main man in the White House. He’s not moral, squeaky clean or very likable… but you can’t help but root for him.

“Get off my plane” exclaims Harrison Ford as he kicks a villain out the back end of the Presidential Jumbo Jet. Ford’s depiction of the President in 1998’s Air Force One is one of my favourites. He’s almost the polar opposite of what you expect the President to be. He’s handsome, likes American Football and ‘sends the Nimitz back’ into Iraq at the drop of a hat… OK, maybe the last one is what you’d expect of some US Presidents recently. Pres. Marshall is described as an ex-fighter pilot (useful when trapped on a plane, full of terrorists, that you may be needed to pilot at some point hey?) and the opening scenes show he knows a spot of Russian, which is again always useful. Maybe it’s a spot of nostalgia on my part, but Marshall is up there with the best for me.

I’ll admit, ‘Jed’ is my favourite. Martin Sheen portrays the former Governor from New Hampshire who is now President in this award-magnet show. He’s smart, tough-though-flawed and has a unique way of putting a jacket on. During his time in office, President Bartlet had to deal with everything from mass shootings, foreign wars, attempted terrorist attacks, vetos, a serious health problem, his daughter being kidnapped, a hostile congress, being shot, a re-election campaign, leaked secrets, a government shut-down and his Vice President being a scoundrel. It wasn’t all bad though. Bartlet did reopen ties with Cuba, sort out nuclear talks with North Korea, introduce a new foreign policy, confirm the first female Chief Justice of the Supreme Court and solve the little problem of Israel and Palestine. He also had an unusual way of putting on a jacket. He didn’t kick a terrorist off a plane but he did alright. Bartlet for America!

CTU agent Jack Bauer answers to no one… Except the President of the United States himself. There have been a few across the show’s 9 seasons but everyone’s favourite 24 POTUS has to be David Palmer, played by Dennis Haysbert. We first meet Palmer in season one. He’s the (we assume Democratic) nominee for President and Bauer and his CTU crew are tasked with protecting him from an assassination plot. Things only get worse for in latter seasons as, despite becoming President, his marriage breaks down, he has to find a nuke, then a virus, then some more nukes before he is (SPOILERS) unceremoniously shot in the throat by an assassin (in an absolute baller first episode of season 5, check it out). Palmer always does the right thing though. It often gets him in trouble but he always stands up for truth and justice… Although he did have the head of the CIA tortured that one time… And ordered Jack to invade the Chinese Embassy, something that he may regret looking back now. His brother, Wayne, has a go at being President for a bit in season 6, but he’s not much competition for his big bro.

“We will not go quietly into the night, we will not vanish without a fight” bellows the Commander in Chief as he stands proudly on the back of his truck, motivating a group of pilots. They are about to embark on a suicide mission to take out a city-sized alien spaceship heading for Area 51 (spoilers? Really? It’s Independence Day? It’s 20 years old!). President Whitmore begins the film an embattled President who is criticised for being weak. He ends it in the cockpit of a fighter jet firing rockets at alien invaders! While the speech I mention is seen as one of the more cringe-worthy moments in cinema history, the rest of the film – including Will Smith punching an ET – is pretty good. It also includes the President uttering the words ‘let’s nuke the ba*****s’. The less said about 2016’s sequel ‘Resurgence’ the better, but seeing as he’s not the President in that one, we don’t have to talk about it.

As I said at the start, there have been many on-screen POTUSes and we couldn’t go into detail about them all, so here are some notable mentions:

Which of these would get your vote? Have we missed anyone out? Let us know in the comments or via social media. #onscreenPOTUS