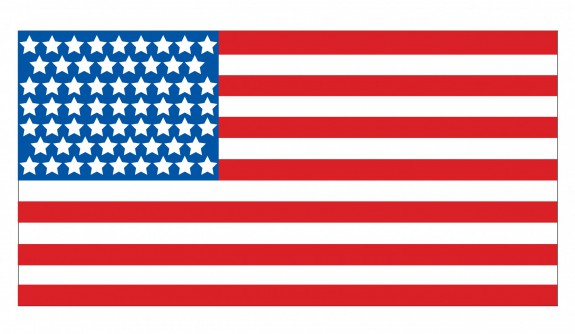 Yes… It really happened. The US Election has finally been and gone and we have a winner…

When does Trump move into the White House?

In the UK, when a new Prime-Minister is elected, they move into Number 10 Downing Street pretty much the same day. The transfer of power is (kinda) instantaneous. In the US, they like to do things differently. The election takes place in November but the new President doesn’t move into the White House or take the reigns of power until two months later, in January. So President Trump will officially move in and take the Oath of Office to officially succeed Barack Obama on January 20th at a star spangled inauguration ceremony in Washington DC.

President-Elect Trump won the election by gaining more votes in the Electoral College than his rival Hillary Clinton. Trump only needed 270 electoral votes to win. The key states were Ohio (18 electoral college votes) and Florida (29 electoral college votes). That is when the tide turned in Trump’s favour. When Pennsylvania (20 electoral votes) was called for Trump, the game was well and truly up. Hillary Clinton called Trump to concede the election and congratulate him on the win. When Wisconsin went for Trump shortly later, he surpassed the 270 electoral votes he needed and the result was official. Donald J Trump had won.

What is the ‘Transition’

The time between now and the inauguration is called the ‘Transition’. During this time, Trump will put together his government filling important cabinet posts, building relationships with his Congress and putting down the foundations for the policies he wants to enact when he takes office. During this time, Trump will have very limited powers until he is sworn in. Trump will also start calling, meeting and building relationships with other world leaders. I’m sure one of the first calls he received this morning was from Prime-Minister Theresa May to offer her congratulations.

What does President-Elect mean?

Between now and the inauguration, Trump will hold the title of President-elect. This means while he has been elected, he doesn’t yet occupy the office of President until the inauguration in January. If an event of national importance were to occur during the time of Transition, such as a terror attack, natural disaster or national emergency, President Obama would still take a lead role but would need to consult with the President-elect, which given their ideological differences could get interesting.

Trump’s campaign was unlike any seen before. He was accused of many things but let’s take a look at what he has promised to do. Trump’s flagpole policy is immigration control, better known as ‘the wall’. Trump promised to build a massive border wall between the US and Mexico to combat illegal immigration. Trump has also promised to cut taxes, increase spending on infrastructure, create jobs and generally make America great again. With Brexit in our immediate future in the UK, it’ll be interesting to see how the ‘Special Relationship’ between the UK and the USA changes under Donald Trump.

What now for Hillary Clinton?

That is a good question. Hillary has been a Senator and Secretary of State in the past but it’s likely she will disappear from public life. Hillary and her husband, former President Bill Clinton, will likely return their home in New York and continue the work of the Clinton Foundation.

What now for Barack Obama?

His watch has ended. Barack Obama will see out the final two-months of his term and help the transition to the Trump administration. Once he leaves the White House in January, Obama has suggested he’ll stay in Washington DC rather than return home to Chicago where his Presidential Centre will be. Normally the departing President heads home and slips out of the public eye after 8 years of being under a spotlight. If he chooses to stay in the capital, Obama is expected to continue work on the many issues that propelled him to the Oval Office in the first place and become an activist for issues such as criminal justice reform, immigration, race relations, gun control and nuclear non-proliferation. These are all issues Obama feels passionately about and as he is still young (he’s only 55), there’s lots he can still achieve. Thanks Barry, you’ve done a fine job. #ThanksObama

Do you have any other questions about the result or what happens now the election is over? Leave a question or comment below or get in touch on social media.