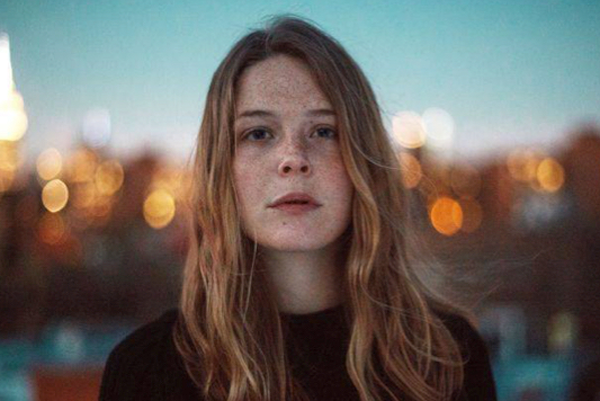 UnCOVered’s music blogger Ryan has your update on his top 5 artists who are hot for 2017. Time to take note…

We dare you to try and listen to the haunting and scintillating vocals of Maggie Rogers and not get chills across your entire body. After that incredible moment where Pharrell Williams listened to the work of NYU music students last year, Maggie has trended everywhere on the internet. She’s effortless and evokes emotions just with the sound of her voice. She is complex and unique. Once an album rolls around, we will be first in line.

31-Rory Graham is a master of fusion. Starting out as a jungle MC, his parents eventually persuaded him to sing. A cocktail of soul, blues and hip-hop, Rag’n’Bone Man is defined as ‘Alternative’ on Apple Music/iTunes, but that’s not how he should be defined as an option. He should be the choice of anyone who appreciates vocal talent and innate artistry. His touching soul ballad Human is proof why he deserved the Brits Critic’s Choice Award 2017.

Jain is already blowing up in France. The Toulousian’s debut album reached No. 5 in the French album charts and the buzz is growing. Nominated for awards since, she has an ear for enchanting melodies and her charm is evident in all her work. She has a distinct jovial style and coupled with tropical and catchy rhythms, she pays homage to her African roots on Zanaka, which itself means ‘child’ in Malagasy. Jain will make you want to hit repeat on all of her songs, and for a very good reason.

You could say that 2016 was Jeffrey Williams’ year, but no one could have predicted the ever-unpredictable artist’s rise in the past 12 months. The futurist androgynous slurred-spitter releases project after project, all of them without warning. He started the year with I’m Up and featured on Kanye’s The Life of Pablo. He then dropped Slime Season 3, was a key part of the Bankroll Mafia release in April and topped them all with JEFFREY; probably his strongest project yet. He’s emotive, effulgent, explicit, eclectic, experimental and eccentric and is the ‘digital age’ recording artist. He’s a sonic emoji. Young Thug is yet to drop a debut album, but Hy!£UN35 (pronounced Hi-Tunes) is still yet to be released.

We recommended him last year on the same list, but we still believe his breakout is coming. Recently signing with Simon Cowell’s record label, without having to appear on any talent show, the Nottingham born singer-songwriter has been building a name and presence on the music scene, collaborating on Donnie Trumpet & the Social Experiment’s album with the likes of Busta Rhymes and Erykah Badu and on his EP with Joey Bada$$. Likened and compared to likes of Maverick Sabre and Jamie T, he should be releasing a debut album some time in 2017.