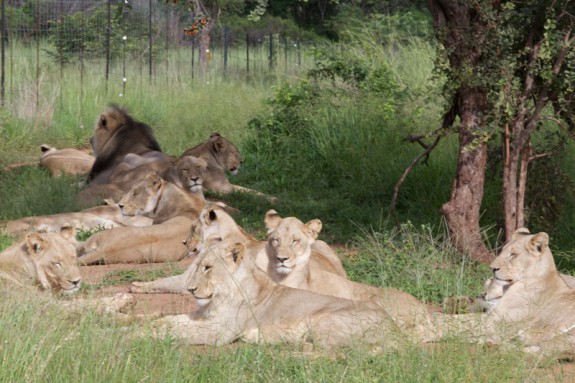 Today is World Lion Day! A day to celebrate the ‘king of the beasts’. However, according to the IUCN, less than 20,000 wild African lions remain. Here’s what Coventry University is doing to change that…

Along with the African Lion & Environmental Research Trust (ALERT), we are working on a ground-breaking project in Zambia and Zimbabwe, adopting a responsible development approach that works directly with local communities, academics, businesses, and policy makers, to generate sustained motivation to ensure the future of the species. Competing with their human neighbours for space and resources, lions find themselves in trouble. The human-lion conflict describes desperate lions using communities’ livestock kraals as easy prey. Understandably, this leads to resentment of lions as they threaten livelihoods and life itself. Consequently, lions can be killed in retaliation by those affected, or just threatened, by their presence. Despite all of the lions’ evolutionary strengths, it is a battle that they cannot win.

In addition, wild lions are being squeezed into ever-more fragmented populations, due to the rapid rise in the human population. This can lead to in-breeding, which can negatively impact the gene pool, whilst endemic and epidemic diseases are also taking their toll. These increasingly isolated populations are becoming even more vulnerable to disease, the impact of climate change and unsustainable and illegal hunting practices.

The ALERT project has a three pronged approach to helping with this issue.

1 – Helping to decrease the human-lion conflict,

2 – educating local children and people and

3 – conservation and reintroduction of lions into the wild.

ALERT and Coventry are building fences for kraals, with light deterrents to keep lions at bay. We are also educating children to give them, hopefully, a better opportunity to escape poverty, and not have to resort to illegal hunting, as well as showing them the benefits the existence of lions actually has. For conservation to succeed, it must benefit people too. One of the biggest things we are doing is re-releasing lions into the wild. An extremely complex process, it requires raising lions to create offspring that will live in prides with no human interaction. The offspring of the lions in these prides are then rigorously assessed for eligibility to be released back into the wild. They must be self-sustaining, healthy and capable of hunting. This ground-breaking project has already seen successes with all of these three objectives.

Combined with the environmental, community and education efforts, the local attitude-shift to want lions to exist should eventually ensure that lions remain in viable numbers on the continent of Africa.

You can find out more about the project here.

You can also hear what some of our students, who have visited and worked on the project have to say here.