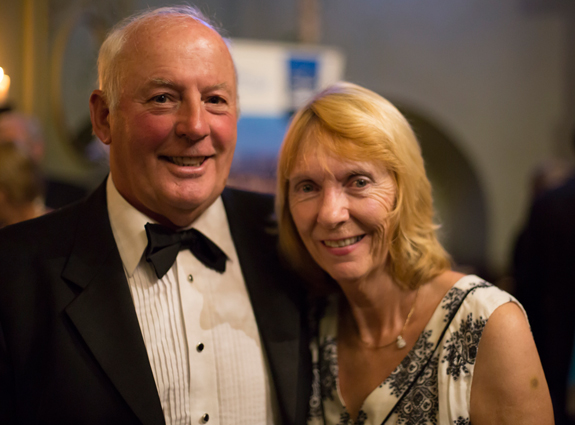 March is Women’s History Month. We’re thinking about how our society has impacted on women, the incredible impact they make in society and the contributions they have made historically. A certain President [link contains strong language] has recently made the position of women in our society more threatened, so what better time to “grab” back our voice and celebrate the achievements of women?

Our alumni team recently had the privilege to meet and interview Audrey Marsh, who studied at Coventry University in the 1960s, a time when gender discrimination arguably played an even bigger role culturally.

We wanted to know more about her life, her career and where she is now… Audrey Marsh is originally from a small village in Northamptonshire. She started her career journey by choosing to study for a degree in Law at Coventry University in 1969.

She says at the time the courses’ student body was predominantly made up of men from wealthy backgrounds. Audrey on the other hand had attended a secondary modern school and technical college – it was difficult for women to gain places in grammar/private schools. But she had a great desire to perform well and was focused on reaching her goal. She found that studying at Coventry gave her and her fellow graduates great practical grounding in law and business and she thoroughly enjoyed the experience of studying there.

Audrey completed her course and graduated with a first class honours degree in Business Law in 1969. Only 18 students out of 44 gained a degree!

During her time at University, Audrey met her future husband, Bill Marsh and they’ve now been together for nearly 50 years!

After finishing her studies Audrey’s first job was with Golden Wonder crisps where she began by assisting with various legal duties. Her talents were soon recognised and she credits her manager for giving her great support which enabled her to develop her leadership skills and move into a management role. Audrey began taking charge of business matters, attending London conferences and dealing generally with company legal issues.

Audrey worked with the company secretary, who was nearing retirement and wanted her to take over his position. One or two senior board members, however, were opposed to a female assuming this role due to gender bias, which led her to make a decision to leave the company at this point. Audrey and Bill had recently married and looking to the future, there was no provision for maternity leave in the early 1970s.

Her second job was in the legal department of a local authority, but after 12 months Audrey decided to go into teaching. She was offered a position as a Law Lecturer at the East Warwickshire College and worked there for several years on a full-time then part-time basis.

Following the birth of their second child, Audrey wanted a career change and chose to work part-time at Warwick University Business School editing papers for a Business Finance journal. She went onto work on three other journals: ‘Financial Accountability & Management’; ‘The World Economy’; and the ‘Scottish Journal of Political Economy’, combined with some part-time lecturing at the University.

Audrey now lives in Leek Wootton with her husband and has four grandchildren. She is still working as Assistant Editor of FAM. If you want to study law like Audrey, head over to our website to learn about entry requirements, courses we offer and what you’ll study. If you’re considering a career in law, our ‘Moot Room’ is something you might just want to come and see at one of our open days!