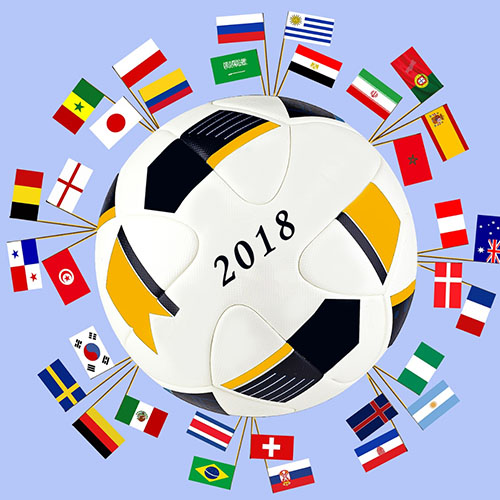 2018 brought us the Winter Olympic Games in Pyeongchang, the Commonwealth Games on the Gold Coast, the FIFA World Cup in Russia and the Ryder Cup in Paris! Needless to say we are not short of some amazing moments in sport.

However let’s start with the success of Team Phoenix, this year the following teams won their respective BUCS Sport divisions, congratulations!

We hope this season is going just as well and we look forward to hearing more sporting success in 2019.

Standing at 4 ft 8, and at just 21 years of age, Simone Biles could be called the greatest gymnast of all time. Overall she has won 25 medals, from both World Championship and Olympic events. She is the only gymnast from both genders to have 14 World Gold medals.

After taking a small hiatus in 2017, Biles was back on the US team in March 2018. To where was on the world stage in October at the World Championships in Doha, Qatar. At the event she won a medal in every single category. Winning gold for: Team, All-Around, Vault and Floor. Silver in Uneven Bars and Bronze in Balance Beam. Oh and the night before she went onto her winning streak she was in the Emergency Room, where it was found out she had a kidney stone.

A fairy-tale ending to the England Netball’s campaign at the Commonwealth Games. Voted Sporting Moment of the Year and Team of the Year at the Sports Personality of the Year awards, of course they deserve a place on our list!

In the dying moments of the final against favourites and the home team, Australia, the score was 51-51 and everyone held their breath as Helen Housby made her shot in the final second. On paper and before the tournament this would not have looked possible. Talks of the team lacking experience, funding and the track record England had previously with making finals, it just didn’t seem a possibility. But that is the beauty of sport, the twists and turns that have us on the edge of our seat and make us believe what seemed the impossible..

Let’s set the scene, Britain was in the middle of a heatwave, It’s Coming Home appeared to be stuck in everyone’s head and England football restored the nation’s faith in their team.

Having made it through the group stage, they were in the final 16. Playing against Colombia the result of 1-1 after extra-time meant England’s dreaded penalty shoot-out. Prior to this England had never won a shoot-out, but this soon turned around, the celebrations echoing throughout cities and towns across the UK.

This led to England’s best campaign in a long while, beating Sweden in the quarter final. However all good things do come to an end, in the semi-final against soon to be world cup winners, Croatia. England came to their demise.

However, their spirit, their coach and the wonder penalty shootout that won back the nation’s pride in their team rests on our list.

With an already record breaking career, England Cricket captain Alastair Cook in his final ever test match in early September scored his 33rd and final test ‘Century’. Topping off his career with a win against the world number one side, India.

A century for those that do not know is a score of 100 or more runs in a single inning by a single batsman. Essentially he is doing some ridiculous hits and running a lot!

The century was a nice bookend to his career as he also made his England debut all the way back in 2006 with a century.

A single gold medal is an amazing feat, two is even better! But how about two gold medals, in the same Olympics, but under two different sports? The challenge was accepted and completed by Czech snowboarder and alpine skier, Ester Ledecka.

At the 2018 Winter Olympics she won the Super-G Alpine Skiing and Parallel Giant Slalom in Snowboarding. The first ever person to complete this, not to mention only six days apart!

At Coventry University, we have a range of sport societies that you can get involved in. Do what you love and make friends while you do it!