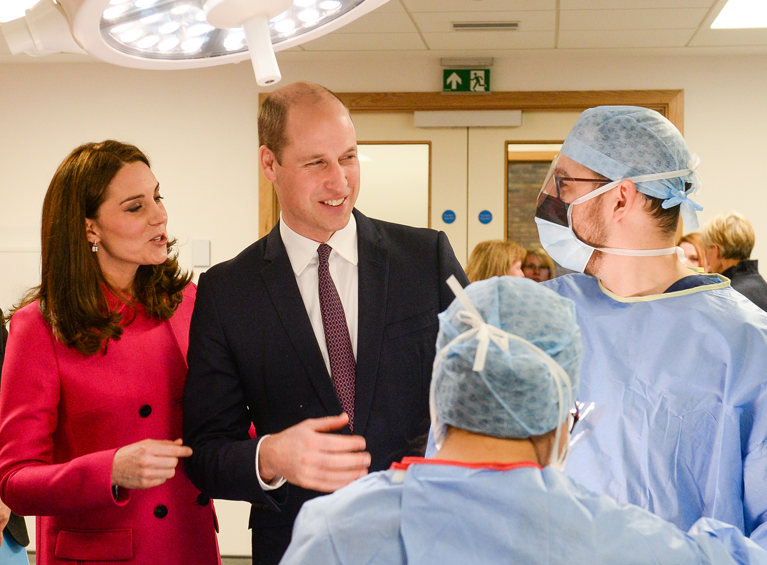 It’s been another amazing year for us here at Coventry University and we’d like to share just some of our best bits of the last 12 months.

In January, we were honoured to welcome the Duke and Duchess of Cornwall (Will and Kate!!) to the University. During their visit they spoke with staff and students before officially opening the new Health and Life Science building, which was later renamed the Alison Gingell building.

The Leader of the Opposition Jeremy Corbyn dropped by the National Transport Design Centre on the Coventry University Technology Park to deliver a key speech about Brexit. The speech was carried live on a number of news channels which gave us a great chance to showcase our facilities to the world.

175 celebrations kick off in summer and run throughout the year

2018 was our 175th year of providing education in Coventry. The University has been known by many names over the years but it all began 175 years ago with the Coventry College of Art and Design. To this day, art and design remains at the heart of our offering.

Coventry University is the top-placed modern university in the latest edition of a national league table based on the combined results of the UK’s three main domestic university rankings.Coventry is ranked 24th in the new Times Higher Education “Table of Tables.”

Coventry’s 24th placed finish, put it ahead of both Nottingham Trent and Lincoln, the only other modern universities to have made it onto the Times Higher’s top 30 list.

This is the second year running that Coventry is the highest placed post-92 institution in the Times Higher table, and comes just after it was awarded the title of “University of the Year for Student Experience” and finished in the top 50 in the 2019 edition of The Times and Sunday Times Good University Guide.

We were honoured in September to be awarded a major accolade in recognition of the quality of our student experience in the Times and Sunday Times Good University Guide. We were named ‘University of the Year for Student Experience’. We also ranked in the top 50 in the 2019 edition of the prestigious university league table, with the guide’s editors describing the university as “innovative” and “bold” in its vision for students.

A world renowned journalist who edited the Guardian for more than 20 years, a trailblazer in the automotive industry, and the man driving the Lanchester name forward, are all among those receiving honorary doctorates from Coventry University this week.

We still have a range of courses available in September 2019.