The early years of life are full of new experiences for a child, and change the lives of their parents and families. We all look forward to defining moments like their first word or first steps. However, there are many equally significant milestones on the way that can shape an infant’s life. Many parents discover some surprising things about their families and themselves as they face the bumps along the way.

Newborn babies
When they are born, babies do not resemble the clean cherubs portrayed in films. Their tiny bodies may be misshapen with puffy faces from being cramped in the womb. They won’t look lovingly at their parent’s adoring eyes straight away either, as their eyes are shut when they are born. Nor will they smile or coo for six long weeks.

The trauma of going from a liquid cocoon to the harsh dry air can also make a child’s skin very dry. Unexpectedly, their skin may also be covered in a layer of fine hair called lanugo. This is normally shed by a baby between 37 and 40 weeks of pregnancy but can remain for a few months after birth, particularly for premature babies¹.

The first few days
This first week is a cocktail of physical, social and psychological changes for both parents and children. If the mother is caring for the child, it can be a particularly sensitive time. They will be recovering from the physical strain of the delivery and getting used to nursing.

The worry that the baby will contract a potentially serious illness is another weight on the mind. The Center for Disease Control and Prevention estimates that around 60% of babies will face jaundice to some extent². Whilst this may be routine for medical professionals, it is terrifying for new parents.

However, these early days are also the source of some joyful first moments. For example, babies can have their first bath just a few days after their birth. This is a great time for early bonding with a child, including skin to skin contact, talking and cuddling. 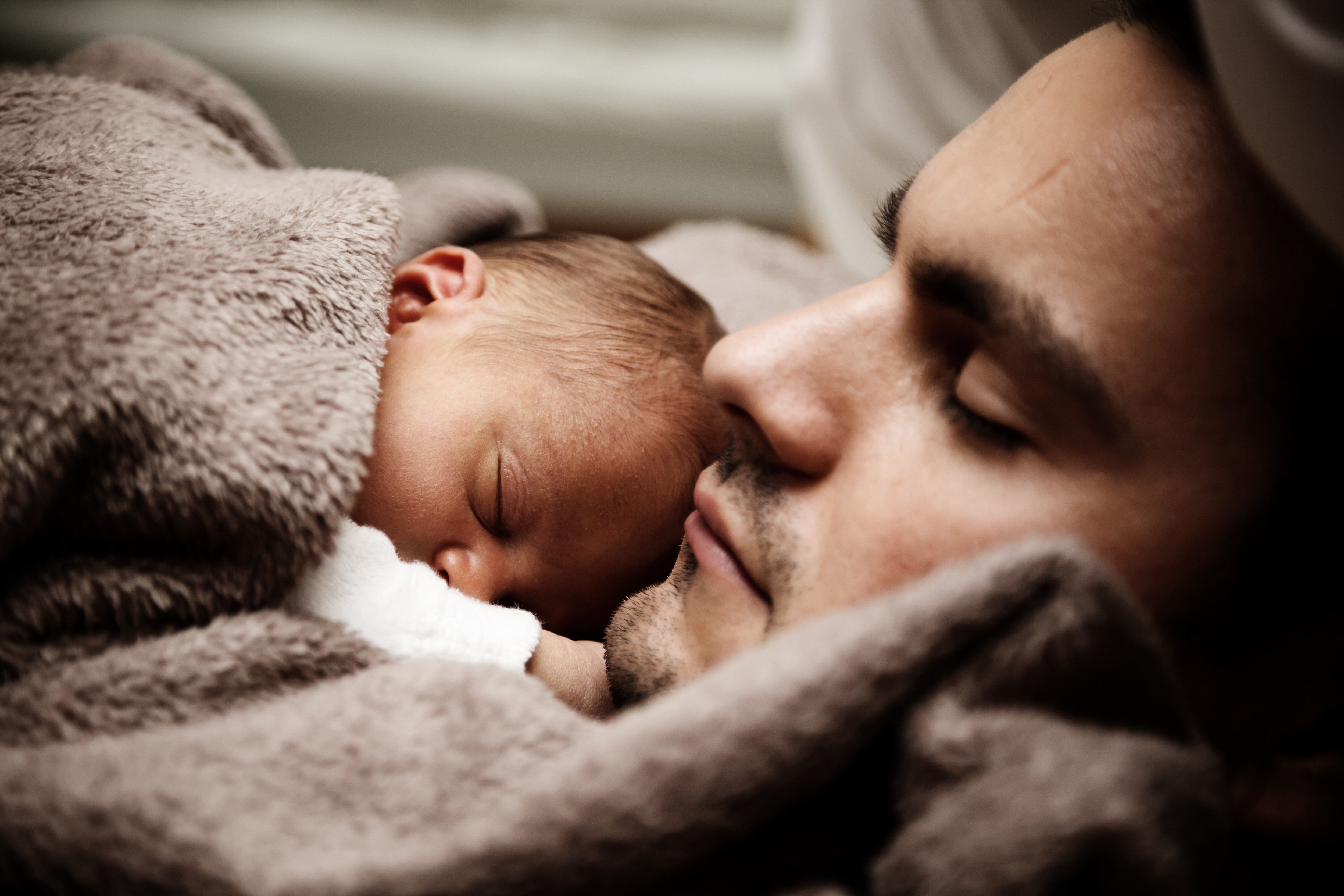 As the baby begins to explore the world, they learn their limitations. As new parents know, babies have a talent for screaming but can’t actually cry until around three weeks. Their smiles are also deceptive. They start off as simply a reflex and unfortunately aren’t caused by the giggly babytalk of their parents. This makes the first genuine smile, often flashed between four and six weeks, a moment where you will burst with pride.

However, the little ones have some absurd talents that only exist at this age. For example, they are able to swallow and breathe simultaneously, which adults can’t manage. They are also extraordinarily strong and the grip in their hands is enough to lift their body weight.

The first year
This is the point at which they transition from being loud and boisterous babies to become equally loud and boisterous toddlers. Parents are swept away as the milestones come thick and fast. The first laugh normally comes around 3 to 4 months, they pull themselves up between 8 and 10 months amd crawl between 6 and 10.

They become even more of a handful when they walk at 9-12 months and start speaking their first words at 12-18 months. Conveniently enough, infantile amnesia means that they forget most of their first three years of mischief. As time goes on, they become more complex and enjoy creative play and socialising with adult support.

Three years
Toddlers are much more independent at this age. They can usually get themselves dressed into basic pull-up clothes and feed themselves using cutlery and drink out of a regular cup. They can understand basic instructions, with a vocabulary of around 300 words and use simple sentences of a few words. Luckily, parents can turn this to their advantage by encouraging them to do basic chores.

The early years are a flood of milestones for parents. As toddlers grow up, they become more independent and a little less overwhelming. This means many parents believe it is plain sailing from then on out but, of course, the big moments don’t stop there.

Are you interested in Early Years? Find out more about our Early Childhood and Learning courses.