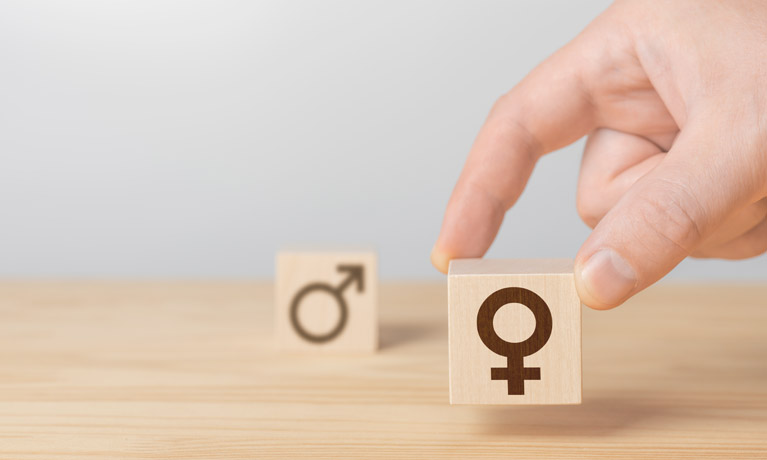 By Chibuzor Oguamanam from the Centre for Global Learning

Gender equality entails access to equivalent opportunities, and rights irrespective of sex (Women, 2020). However, social, and structural inequity have held females back for a long time, resulting in human rights abuse, driven by limitation of female empowerment via deprivation of access to comparable opportunities to males, and consequent dependence on males for survival in some contexts. This piece explores some of these issues and how they play out in real life in various contexts.

In many societies around the world today, the role and rights of females are limited by the prevalent culture; females are accorded less importance compared to that of males with the same skills, abilities or levels of education. Men earn more than women and are appointed to more leadership roles around the world (WEF 2021). In some parts of the world, females are held back from education, inheritance and political patronage. The primary reason for this deprivation is linked to centuries-old marriage practices which decouple females from their birth families and assign ancestry to paternal lines. Females are thus not allowed in legacy building activities. Among the Igbo ethnic group in eastern Nigeria, a man’s wealth is transferred to his family and not a widow or daughters. Similar reasons are behind the prohibition of wives from taking over their husband’s business after his decease regardless of their contribution to the development of the assets.

In recent times, the use of modern legal instruments has aborted the cultural antecedents of assuming females should not inherit wealth, although the protracted legal battles can be cumbersome and expensive. Family members typically use the pressure and influence of the traditional institutions to overturn court decisions. The customary practice of allotting the wife of the deceased to a sibling of the deceased in exchange for protection, rights, voice and leadership is difficult to practice in a modern world. Family dynamics and societal arrangements no longer allow many widows to feel comfortable as a ward or sexual slave of their brother-in-law, accordingly only the practice of managing the business and inheriting belongings seem to be prevalent. Many females have demonstrated abilities to take care of not only themselves but also businesses and people. African queens such as Amina (1533 – 1610), Nefertiti (1370 – 1330 BC) and Makeda (1020 – 955 BC) have ruled successful empires, negating the narratives that females are incapable of successfully leading or acquiring wealth.

Primogeniture, the practice of male child preference over females in inheritance notwithstanding the position of the male child in the family (Turpeinen, 2021) remains a challenge among powerful and wealthy elites. For example, Lady Kitty of Althorp of the British Royal Family, a cousin to Crown Prince William and a niece to the late Princess Diana is being passed over in favour of a younger brother. Lady Kitty supports the decision publicly stating the traditional precedent for her brother to inherit the estate in order to retain it in the family name. The preceding illustrates a typical case of primogeniture.

However this practice is being challenged. Lady Kinvara Balfour, the daughter of the Earl of Balfour, argues that primogeniture is old fashioned, unreasonable and portrays females as disappointments and inadequate (Linning, 2020). Primogeniture in the modern world elicits serious concerns about individual decision making, free will, responsibility and human rights (Manzella, 2020). Examples cited in this piece highlight some harmful ideas that women are not expected to attain similar heights as men financially or socially.

Where females are not empowered to acquire resources to keep them independent, females become vulnerable and disempowered, unable to take decisions to maintain a fulfilling life. Eventually, some of the effects of these challenges influence their children. Lack of empowerment of females in some contexts exposes the females to transactional relationships which have long lasting consequences but may be the only viable option for survival (Subedar et al, 2018). These types of relationships have been implicated in transmission of sexually transmitted diseases. When the male has so much access and power, he controls the opportunities women in his supposed care. Too often he cannot be questioned or forced to use protection even if he openly engages in risky sexual conducts.

Linning, S (2020) Earl of Balfour’s daughter Lady Kinvara calls for an end to ‘unjust’ male primogeniture that ‘disregards’ women and will see her father’s seat inherited by his brother – but insists she’s not a feminist.

Turpeinen, J. (2021). The Primogeniture of the White Man. The Culture and Politics of Populist Masculinities, 109.