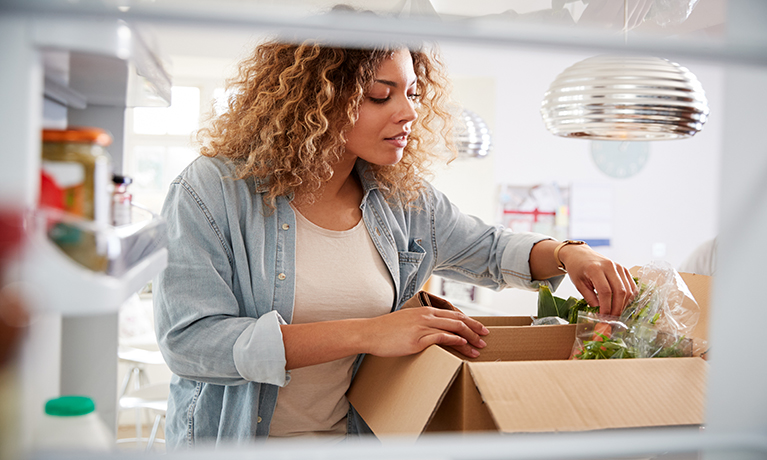 The amount of food wasted by households each year was estimated at 570 million tonnes in 2019. This is food that has been produced, packaged and taken to shops and homes, only to end up in the bin. Not only is the food wasted, but the greenhouse gases emitted during the entire process – from raising livestock, making packaging, transporting fruit and vegetables in refrigerated vehicles – are a pointless ecological burden.

Once in landfills, the food rots and releases gases that are highly toxic for the environment, such as methane. Studies have shown that food waste accounts for between 6-8% of all the greenhouse gas emissions fuelling climate change. Food waste not only squanders natural resources, money and effort, it degrades the environment. It’s also ethically wrong to waste so much food while so many people are hungry.

The fact that households waste such vast quantities of food in the first place may come as a surprise. Most people tend to believe they waste very little and often trivialise the consequences of wasted food. But the amount of food being sent to landfill suggests we are not so good at predicting how much food we actually need when cooking. One way to limit the chance of cooking too much or buying too many ingredients may be to cook from subscription meal boxes.

In a recent study, we looked at whether cooking from meal boxes helps reduce food waste. Are people better off outsourcing part of the cooking process with a subscription that sends pre-portioned ingredients in the exact quantities needed for each recipe?

Our research suggests that the answer is yes. We found that households wasted on average 38% less food when they prepared dinner using a meal box compared to when they bought the ingredients from a shop. This was largely due to there being less food left in pots and pans after cooking with a meal box.

We surveyed 914 households from six countries (the US, Canada, the UK, Germany, Belgium and the Netherlands) that subscribed to a meal box scheme during November and December 2019. A subscription meal box provider helped by allowing us to run our survey on their customers.

Households reported the amount of food waste from multiple dinners over the course of four weeks. Participants weighed the food they wasted while preparing their dinner and the uneaten leftovers in pots and pans and on plates after the meal. We measured food waste from 8,747 meals, of which around a third were cooked using meal boxes. We compared the food waste from these dinners to the food waste that accumulated when people cooked a meal from scratch with store-bought ingredients.

Our results showed that most of the food waste from dinner is food left in pots and pans that isn’t served and eaten, and is instead thrown away. Meal box dinners reduced this type of waste by 34% compared with store-bought equivalents. Meal box dinners also cut food waste during preparation by 45%, but increased the amount of food wasted as leftovers on plates compared to meals made with store-bought ingredients by 15%. This may be because these recipes offer instructions for how to arrange the food on a plate which can induce people to dole out larger portions before serving.

Combining these three different types of food waste, cooking from meal boxes reduced how much food was wasted at dinner by more than a third compared to traditional meals. By providing people with ingredients in amounts tailored to the number of people eating in a household, meal box providers can offer a convenient way to cut waste.

Even without subscribing to a meal box provider, our results suggest that taking care to measure and weigh the exact amount of ingredients you need before cooking is a good way to lower the amount of food sent to landfill.

This article is republished from The Conversation under a Creative Commons license. Read the original article.