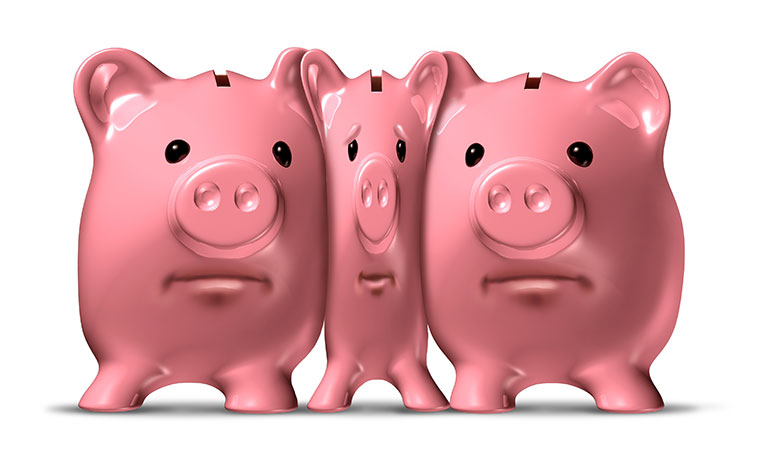 Background to the project

We recently completed a MAS ‘what works’ research project with the Open University examining ‘Managing My Money for the Just About Managing'[1]. The aim of the research was to assess the impact of targeted, behaviourally-informed interventions on the financial behaviour and wellbeing of the financially squeezed and struggling-but-solvent groups.

Our research findings identified that those living in rented housing (social housing/privately rented) were groups that would particularly benefit from financial capability programmes to build their financial wellbeing. In addition, we suggest that hard-to-reach groups living in deprived communities could benefit through working in partnership with trusted intermediaries such as social, religious or community groups. Our findings indicate that these groups have either not had the opportunity to access financial education or have not necessarily considered that it could be useful to them. However, the provision of support that fits easily into their daily routines and relationships is likely to be important.

We looked at different ways of delivering education materials that aimed to help people who are financially squeezed manage their personal finances better. The research trialled a free, one-hour online course, a paper-based version of the online course and a four-hour facilitated, interactive workshop to see which worked best.

Effective ways to deliver the course The workshop was particularly valued by participants because it enabled them to share financial issues with others facing similar financial challenges. They told us that the workshop helped them feel less isolated about their financial situation. Some participants felt future courses should always include this kind of workshop because of the benefits it offered. Firstly, the social interaction enabled a sharing of concerns and ideas, so that participants felt they were not alone. Secondly, the very fact that participants were facing similar challenges enabled the workshop to become a ‘safe space’ to talk about their concerns. It was easier when workshop participants did not know each other at all because this reinforced the notion of a ‘safe space’. However, some participants did share contact details so that they could stay in touch after the event. Thirdly, the direct access the workshop gave to experts who could guide them through the course materials, helped participants to quickly engage with the materials and to make use of them so that they could implement behaviour change.

Those who participated in the workshop were more likely to use the paper-based version than the online version of the course, even though many had tried to use both, as this participant explained: “I preferred the hard copy because there was a lot of amending and crossing things out.”

Of those that completed the course online and did not have access to a paper-based copy, several participants said that they would have liked hard copies of the materials, particularly so that they could complete the budget planner. Having physical copies made it easier for people to keep them on hand and amend them as needed. Comments from participants included the following:

…not everybody has access to the internet 24/7, 365. As you say, if you haven’t got a printer, if you’ve got to go to the library…it becomes a bit of a pain.

These comments suggest that making the course available in several formats is important, particularly for people with different learning styles and specific learning needs. Even if people opt to undertake an online course, copies of the materials need to be available for download with the option for them to be printed. These physical copies may increase the impact of the financial capability tools, making them available for longer, so that participants can refer to them after the course ends. We also found evidence that paper-based versions of the tools were shared with other family members and friends. For example, several participants told us that they had shared the budget planner with their partners or teenaged children, so that they too could benefit from the tools.

How the course made a difference The key impacts of our research improved two key financial behaviours: budgeting and savings. Such changes are particularly significant for those on a tight budget. Participants had a greater understanding of their finances and, therefore had increased control of their spending. The course facilitated participants to identify strategies to regain control of their spending in ways that were effective for them and fitted in with their lives. Such changes can be significant for those on a low income as they can make it possible to increase their savings, which can reduce the risk of falling into financial difficulties by building a financial cushion.

Some participants told us about small changes they had made to their spending, which then allowed them to put a little money away each month. These changes included switching expensive coffee shop drinks for coffee brought from home and reviewing phone and utility contracts to get a better deal. They also told us they had changed their views about their financial priorities, which had helped them work out how they might save towards their longer-term goals:

I just suddenly thought, I don’t need this coffee. I could go and buy a bag of coffee beans and make my coffee at home, and have a takeaway cup and have it on the bus going into town. I’d just never thought of that before.

Participants identified that delivering financial education during major changes in an individual’s life, such as leaving school, going to university, having children or retirement were considered key ‘teachable’ moments. We also think that there is potential to deliver financial capability interventions in the workplace, perhaps by finding ways to create the kind of ‘safe space’ we were able to establish during our research.

Our research identified several barriers to engagement with financial education. Participants explained it could be challenging to ask for financial help or financial education. Talking about money remains a taboo subject for many, with worries they would be judged about their ability to manage their money. These feeling were common even though people recognised that seeking support could lead to positive outcomes. Another barrier to seeking support was the potential cost of paying for financial advice. Many we spoke to were unaware that free, independent charitable debt advice charities can offer advice about debt.

Many of the participants considered it important to receive tailored money management support from people with a similar age profile and circumstances as them. We see this as being as much – or possibly more – about the means of delivery as about the content of materials. As such, we suggest that the provision of ‘one-size-fits-all’ education tools aimed at everyone might not be the best way forward. Participants commented that more tailored money management tools, delivered by people to whom they could relate, would provide a more empathetic approach and would be better received. Examples of this approach might include offering support via student unions to students, or via more experienced people to retirees.

Increased awareness/openness of financial issues and support options, including via workshops in a range of different settings such as Housing Associations, schools, community centres, places of worship, mothers and toddlers’ groups were also mentioned by participants as effective sites to reach people. In some cases, we found evidence of informal financial support schemes being run within certain ethnic, religious or other communities.

Our research identified that providing support in primary and secondary school, during higher education and training, and through the workplace, were viewed as essential to increasing awareness of money management throughout the life course. These routes offer access to a significant proportion of the population and reflect the ongoing need for guidance on money management issues. The timing of interventions is also critical. There are points within the life course, such as when children are born, embarking on further education, changing jobs or moving house, when people are more likely to be receptive to guidance. Not surprisingly, there is also a need for interventions when people hit financial adversity. Ongoing engagement is also important. Participants indicated that quarterly ‘budget reviews’ would be a helpful way to address issues such as changing income and expenditure levels. A reminder could be provided via a mobile phones text, or via an email in which opportunities for longer term planning and pension support could also be offered. These findings reveal much about some of the productive ways to deliver financial education to individuals who are financially struggling or squeezed. A nuanced approach is needed, which takes into consideration the sensitivities people feel when talking about money, and the different living situations and circumstances in which they find themselves. Financial education and guidance, and how both are delivered, should be tailored to fit the needs of different groups. Access to support is also needed throughout people’s lives, so that they can benefit from guidance at key moments for them. Policy and practice relating to financial capability and financial literacy needs to adapt to more closely reflect these needs.