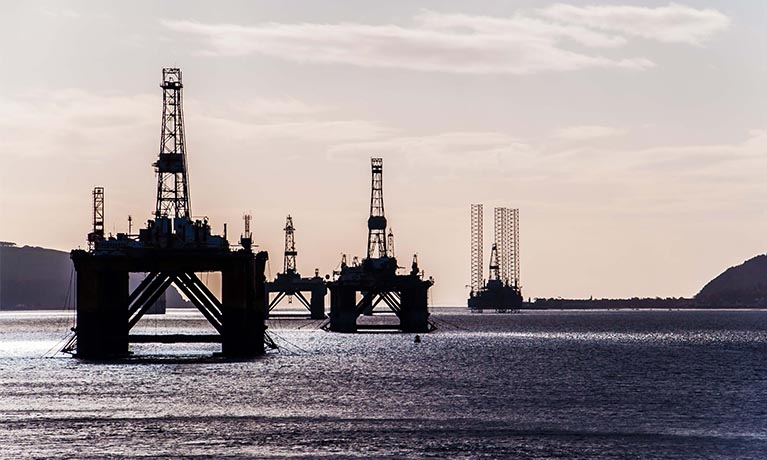 Hydrogen is being touted as a clean fuel supporting the transition to a low carbon or net-zero emissions future. Burning hydrogen releases no carbon dioxide, making it promising for addressing global warming. But is hydrogen genuinely a clean fuel? In many cases, not; it is primarily manufactured from fossil fuels. Fund managers’ fossil divestment policies need to address hydrogen manufactured from fossil fuels.

Including hydrogen in a fossil divestment policy may seem surprising. When hydrocarbons burn, they release greenhouse gases. Burning natural gas (mostly methane) releases carbon dioxide. The carbon dioxide accumulates in the atmosphere and causes global warming. But hydrogen burns ‘cleanly’, its only combustion product is water vapour, this appears promising in emission terms.

Hydrogen as a Fossil Fuel

Although hydrogen burns cleanly, it is primarily manufactured from fossil fuel feedstocks. Production methods differ, denoted by a spectrum of colours. In “fossil fuel” terms, the production process is crucial.

The Colours of Hydrogen

Hydrogen (particularly blue hydrogen) has been promoted by the Hydrogen Council, which was established by the oil and gas industry [3]. From the industry perspective, switching from natural gas to blue hydrogen may be economically beneficial since more natural gas is needed to generate the same amount of heat [3].

For portfolios, fossil divestment helps manage climate risk. It focuses on keeping carbon beneath ground or targets emissions from burning fossil fuels. With much current emphasis on net-zero targets, an emissions focus may seem appropriate. However, with water vapour as the only combustion product, divestment policies formulated around carbon emissions may find addressing hydrogen challenging.

A crucial message is the need to keep carbon reserves beneath ground [9]. Fossil divestment encapsulates a simple logical argument. In 2012, estimates suggested that to keep global warming below 2°C, at most, around 565 gigatons more carbon dioxide could be released by mid-century. At that time, proven underground coal, oil and gas reserves amounted to 2,795 gigatons [9]. Far more than the climate could tolerate for below 2°C warming. More recent updates indicate that at least two-thirds of known fossil fuel reserves must remain unburned [10]. This carbon needs to stay untouched [11].

Developments since 2012 support this fundamental argument. The 2015 UN Framework Convention on Climate Change’s (UNFCCC) Paris Agreement targets are 1.5°C and well below 2.0°C above pre-industrial levels [12].  However, in 2018, the Intergovernmental Panel on Climate Change’s (IPCC) special report recommended limiting warming to 1.5°C [13].

According to the 2021 IPCC physical science report, only 400 gigatons of carbon dioxide can be emitted for a 67% chance of keeping warming within 1.5°C [14]. This updates the 2012 figures but does not change the critical message to keep carbon reserves beneath ground.

An investment policy defined around non-extraction offers valuable clarity on the position fossil divestors should take regarding hydrogen as a fuel.

Net-zero targets emphasise that removals must balance human greenhouse gas emissions to achieve climate stability. However, there is a fundamental message that is crucial for addressing global warming. There is too much carbon, in the form of carbon dioxide, in the atmosphere already.  Consequently, natural reserves of carbon (fossil fuels) need to remain underground, unexploited [9].

Plans to continue fossil fuel use and deal with the emissions, present significant risks to climate stability in terms of physical climate risk and moral hazard. The physical climate risk is that once committed to ongoing fossil fuel use, the technologies intended to address emissions might not prove capable of deployment at the necessary scale. It is safer to reduce dependence on these technologies by emissions reduction.

Moral hazard arises when schemes offer the lure of not needing to change behaviours, resulting in delays to the rapid and decisive emissions reductions necessary. For example, blue hydrogen could lock the economy into using fossil fuels instead of emissions reduction.

Some fossil divested fund managers appreciate these arguments. They agree that their divestment policies would bar fossil hydrogen gases. They have already concluded that black, brown, grey, blue, and turquoise hydrogen are fossil fuel related, to be excluded by fossil divestment. For others, the position appears less clear.

How do investments into firms developing hydrogen-based applications fit into divestment policy? Green hydrogen needs development and, once available, requires appropriate technologies for use. A fossil divestment policy based on non-extraction of natural carbon reserves focuses on methods of hydrogen manufacture, not its use. Sustainable investors can still hold firms developing hydrogen technology or better electrolysers. The electricity source matters, but strictly that is a separate question.

What about firms with a partial involvement in (say) grey hydrogen but developing green hydrogen? Isn’t grey hydrogen manufacture banned under the non-extraction fossil divestment policy? Yes, it is, but a “de minimis” policy can address it. Many fund managers already use de minimis levels in their existing fossil divestment policies, making this consistent with current practice.

Suppose a firms’ sales or turnover from fossil hydrogen manufacture is less than the stated de minimis (say 10%). Then investment would not be prohibited since the involvement is considered minimal. Fund managers could also actively engage with the firm to progressively reduce its fossil hydrogen involvement.

A significant concern for some fund managers may be accessing data on the hydrogen manufacturing activities of potential investments. The information available from some ESG data providers may be insufficient to identify the different forms of hydrogen production. But fund managers are clients of the ESG data providers. They should engage vigorously with them to ensure they have the detail on hydrogen manufacture required to implement a robust fossil divestment policy. The alternative would be for the fund manager to conduct research themselves to fill the gap.

Hydrogen is only emissions-free when it is burned.  But most production is not and involves the extraction of fossil fuel reserves. Over its entire lifecycle, including manufacture, like fossil fuels, most hydrogen has  emissions or increases physical climate risk or moral hazard.

Emerging interest in hydrogen as a “clean fuel” represents a significant challenge in climate terms. However, a clear, robust investment policy response by committed ethical and sustainable fund managers also offers an opportunity for meaningful leadership.

Sustainable fund managers’ fossil divestment policies should emphasise the non-extraction of carbon reserves. Prohibiting investment in black, brown, grey, blue, and turquoise “fossil” hydrogen production will help protect the climate. Vested interests are promoting hydrogen as a clean fuel, which is not always the case. Fund managers need to robustly define their fossil divestment policies to make clear that they prohibit fossil hydrogen. Clients will appreciate the clarity and demonstrable leadership on climate-friendly investment.

[1] Refining: removing impurities or unwanted elements from (a substance), typically as part of an industrial process. Thus, removing unwanted carbon atoms from methane to leave hydrogen is refining.