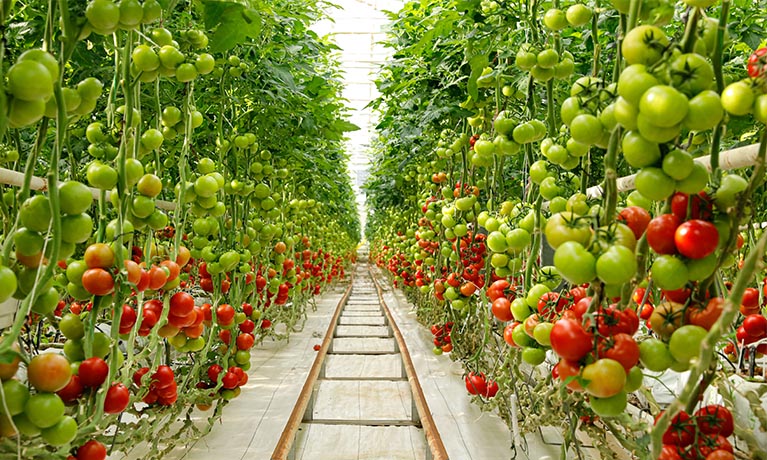 ‘Our country, the UK, is leading the way – over the last 30 years British governments have grown our economy by 78% while cutting emissions by 44%. That shows green growth is real.’ [i]

This statement by COP26 President-Designate, Alok Sharma, makes bold claims about the UK’s progress in cutting its carbon footprint, whilst simultaneously achieving the holy grail of economic growth. However, we need to dig deeper into these statistics, asking questions about how they are calculated and how they should be interpreted. Does cutting the UK’s emissions by 44% mean that the UK has succeeded in reducing its overall carbon footprint by 44%? No, is the simple answer. It all depends on what data is included in the calculation of emissions. Let’s explore this further and consider why exposing such statistical sleights of hand is important in the fight to tackle climate change.

A 250 gram pack of asparagus airfreighted from Peru has a CO2e footprint of 4.7KG, whereas a locally grown, seasonal pack has a footprint of 270 grams. [ii]

Locally grown, seasonal asparagus is better for the planet. What does this have to do with the UK’s carbon footprint? Rather counter-intuitively, the locally grown pack of asparagus will increase the UK’s reported carbon footprint but the imported pack will not, even though it has a much greater impact upon the global carbon budget. This is because the UK government’s methodology for calculating emissions only includes ‘territorial’ emissions; in other words those that directly occur within the UK’s borders.[iii] Emissions generated by goods produced overseas but that are consumed in the UK do not count within the emissions data. This statistical sleight of hand is known as offshoring. Therefore, the UK’s process of deindustrialisation and increased reliance on imported foods and other goods has led to a steep decline in the nation’s reported carbon footprint.

Around 50% of the UK’s food supplies are now imported and the WWF have calculated that 46% of the UK’s true carbon footprint comes from overseas emissions which result from making goods for UK consumers.[iv] This proportion has increased from 14% in 1990 which helps to explain how the UK can claim that emissions have dropped steeply. In reality, the UK’s true carbon footprint has declined since 1990 but only by around 15%, which is one-third of the figure used by the government.

Why does offshoring matter?

Firstly, in a world obsessed by targets there is less incentive for the government to tackle consumer behaviour as a route to reducing global emissions. Ultimately, all emissions matter if climate change is to be tackled – CO2 and resultant climate change events do not respect territorial boundaries.

Secondly, focusing upon territorial emissions places the onus upon producer countries to reduce their footprints. Yet, these producer countries include some of the poorest in the world lacking the resources to transform the sustainability of their production systems. For example, 10% of the UK’s carbon footprint for agriculture and food is sourced from Africa and 5% from India and China, resulting in a total of 14.4 million tonnes CO2e. One should note in passing, that imported goods are not necessarily worse in terms of carbon footprint than domestically produced commodities which may require heating for out of season production.  By way of illustration:

A kilo of cherry tomatoes grown in a UK greenhouse in March will have a carbon footprint 6 times greater than a kilo of baby plum tomatoes sourced from Spain.[v]

This points to the need for more fundamental shifts in consumer behaviour, such as return to more seasonal patterns of food consumption, which will reduce the need for heating and other high carbon inputs.

From offshoring responsibility to taking ownership

Organisations such as the Fairtrade Foundation are leading calls for support to be given to producer nations so that supply chains can be decarbonised. Responsibility should not fall solely upon poorer nations, and indeed small-scale farmers, to bear the brunt of the costs of reducing carbon. Unfortunately, global supply chains are renowned for their financial inequalities, with those at the producer-end receiving small, often pitiful, rewards for their efforts. Therefore, there is little money available to invest in sustainability measures. Fortunately, awareness is growing that this situation needs to change. A wider range of stakeholders within supply chains are starting to take ownership of the problem and look at ways of better understanding environmental footprints and to find ways of mitigating them. A number of initiatives have emerged in the cut-flower industry seeking to measure carbon footprints and to pinpoint activities within the value chain that can be tackled.[vi] For example, increasing exports via sea-freight rather than air transport. [vii]

Going forward the pace of change needs to increase rapidly. As each day passes, so the Global Carbon Budget is being used up, locking in further temperature increases.[viii] To tackle this in the context of global value chains, there needs to be a focus upon multi-stakeholder partnerships which include lead firms, such as big-name retailers. Governments have a critical role to play too; leaving such fundamental transitions to the market alone will not lead to sufficient change fast enough. Regulation, for example, consideration of the role that carbon border taxes could play, is essential as is financial support to drive changes in practices.[ix] Leadership is needed from the top of government and major firms.[x]

Recent Foreign and Commonwealth Development Office funded projects supporting supply chain resilience during the COVID19 pandemic have shown what can be achieved if a range of stakeholders are convened to deliver impactful changes.[xi] However, the ambition of such initiatives needs to be greater, with institutions embedded to ensure that good ideas can be rapidly translated into action and sustained over a meaningful time period.

And to return to the issue of data. Data is critical in the fight against climate change, without it we cannot understand the scale of the problem or identify sweet spots for targeted action. But data needs to be collected and shared in transparent ways.[xii] The UK government is certainly not alone in using numbers which may not be all they seem. All data proclamations, whether made by governments, NGOs or corporates, need to be carefully evaluated by third parties to ward off greenwashing and errors. Playing to local constituencies through the selective presentation of numbers will not shift the dial in terms of the real and pressing need to rapidly reduce carbon footprints.

[ii] Berners-Lee, M. 2020 How bad are bananas? The carbon footprint of everything, Profile Books. p. 80. n.b. CO2e or carbon dioxide equivalent relates to the climate change of all greenhouse gases. See Berners-Lee p. 8 for more detail.

[iii] Fairtrade Foundation 2020 A Climate of Crisis: Farmers, our food and the fight for justice https://www.fairtrade.org.uk/wp-content/uploads/2021/02/A-Climate-Of-Crisis_Fairtrade-Foundation_Feb-2020_HR.pdf

[vii]  Business Partnerships for Global Goals 2021 The business case for exporting cut-flowers by sea-freight from Kenya to UK/Europe https://issuu.com/bp4gg/docs/vscf_sea_freight_case_study_2021

[viii] Climate Chat Club 2021 Going Beyond Dangerous: Can we stay under 1.50 and other subjects.   https://www.youtube.com/watch?v=WQCofG9Urr4&ab_channel=ClimateChatClub

[xii] Simkin, L. 2021 Delivering the sustainability agenda: is there any chance? The aspirations voiced at COP26 will not be realised without the right support: