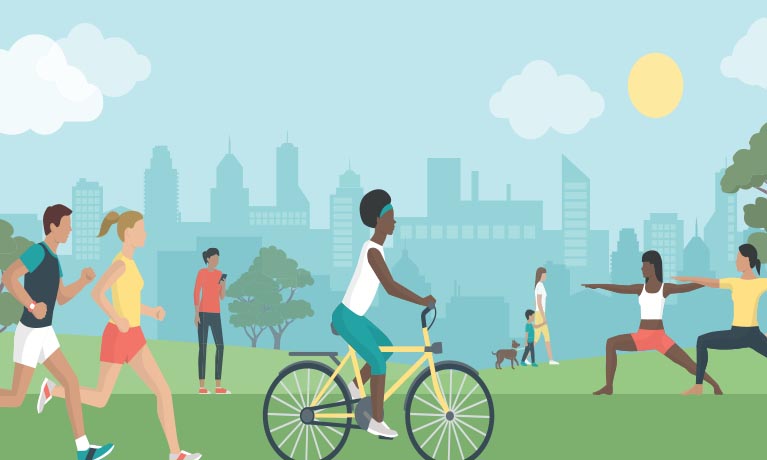 By Dr Ian Brittain, Centre for Business in Society

On 17th November 2021 it was announced that £6.5m will be spent on improving access to sport and to tackle inactivity in the West Midlands after the region hosts the Commonwealth Games in 2022.  This comes on the back of a survey conducted by Sport England that found the number of inactive adults in the region had increased by 100,000 over the course of the pandemic (BBC News, https://www.bbc.co.uk/news/uk-england-birmingham-59307782).

The use of sporting and other mega-events to bring about transformation of socially deprived areas of major cities, to increase physical activity amongst the wider population, as well as a host of other legacy claims, are becoming an increasingly important part of the rationale behind hosting such events.  The tax-paying public increasingly has to be persuaded of the benefits, beyond the event itself, to spend the nation’s resources in this way (Brittain et al, 2017).  These claims for benefits beyond the event itself have taken on added importance with the increasing reticence in many countries and cities to pay the momentous costs of hosting such events, especially in times of economic austerity when the general feeling is the money could be better spent elsewhere.

One of the biggest issues with legacy plans tied to a sporting mega event is that the organising committee disbands almost as soon as the event is over and political interests turn to other issues.  In addition, the vast range of legacy claims made – such as urban development, environmental enhancement, governance policies, human development, intellectual property and social development (Preuss, 2016) – make it very difficult to track outcomes.  Rarely, if ever, is a well-resourced long-term plan to ensure post-event legacy occurs put in place or any rigorous monitoring metrics applied post-event.

More than justifying hosting the Games

In addition, claims for positive legacies post-event appear to be driven by a need to justify the huge expenses of putting on the event and so positive claims made by host governments can often be completely at odds with those made by organisations providing support to the group who are supposed to be the beneficiaries of the claimed legacies (Brittain and Beacom, 2016).

However, in line with the claims made for the impact of the COVID-19 pandemic on participation in physical activity within the West Midlands, it should also be noted that these events do not take place in a vacuum and even the best laid legacy plans can be scuppered by wider global events, as was evident in what happened with the Rio 2016 Olympic and Paralympic Games (Brittain and Mataruna, 2018).  This was also very evident in the period following the London 2012 Games, where austerity bought about by the global economic crash led the UK government to cut local authority budgets.  This, in turn, led to the number of sports facilities in the UK declining from 80,942 in 2012 to 78,270 in 2016 including athletics tracks and swimming pools (Hookham, 2016).  This uncertainty in the political environment also affected grassroots sport clubs, notably in accessing affordable and convenient facilities from which to provide sporting opportunities for their local community (Gérard et al, 2020).

The proposed funding for the West Midlands is split between grants to local community sporting groups, which will hopefully ensure that it is spent effectively where it is most needed, with the rest going towards opportunities for people to become active in their local streets and parks, including cycling and walking programmes and activities on the canal network. However, there is no mention of how success will be measured in terms of metrics or monitoring methods.

There is no doubting the benefits, both physically and psychologically, that can be accrued from participation in well-structured physical activity opportunities.  However, ensuring those opportunities are accessible to all and not just providing further subsidised opportunities to those who can afford to and already do participate is paramount.  This requires careful strategic planning and monitoring of how and where the funding goes, and what impact it has over time.  This kind of approach and evidence base, that could benefit future legacy programmes based around sporting meg events, is currently sadly lacking.

Will money be well spent when we come down to those hard choices?  Will Birmingham or its neighbouring counties actually benefit from the Commonwealth Games?  Have the organisers of the games recognised the scale of their challenge?  Do they know how to chart progress?  Indeed, will impact from these Games even be assessed effectively?