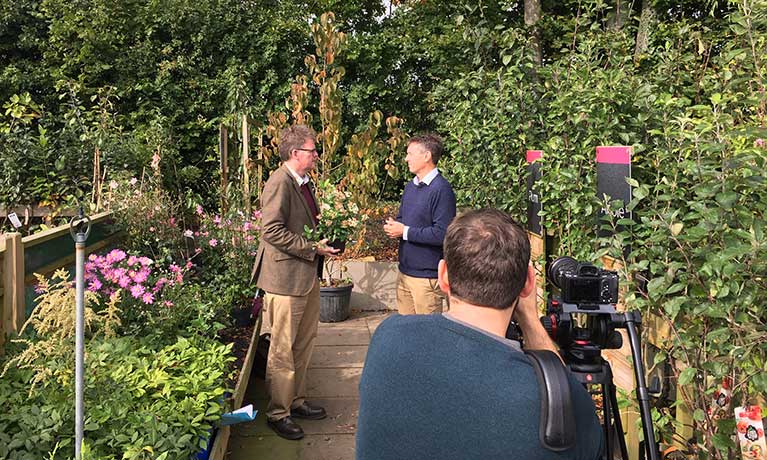 Covid-19 shakes up the Horticultural Industry

In this blog we outline how leading industry bodies have responded to the crisis on behalf of their members and how individual businesses are re-configuring their practices in order to survive during these most testing of times.

A recent BBC new story reported how the closures were affecting over 2000 garden centres and nurseries, and that the Horticultural Trades Association (HTA) was asking government for £250 million in financial assistance in order to avoid collapse of the industry. The HTA has warned that the horticultural sector worth £1.4 billion could be destroyed by the recent closures as plant growers no longer have outlets for selling their stock, and most of it would end up as waste. They estimate that the value of lost plant sales would be £687 million by the end of June, rising to £1.2 billion by December. Not only would this lead to business closures in the industry, but also a much wider loss of jobs and livelihoods. The HTA have run a concerted campaign achieving publicity via a wide range of print, electronic and TV outlets to ensure that their industry’s challenges are publicised. This publicity is crucial for influencing public sentiment and ensuring that the industry’s needs are recognised by government.

This issue, like that of the pandemic is an international one. The International Association of Horticulture Producers (AIPH) have also responded rapidly to the needs of their membership and sought to raise awareness of the challenges. They have run a survey among industry stakeholders with 70% of respondents expected to see growers going out of business and 65% expected there to be staffing cuts as a consequence of the current situation. Whilst 96% of countries predict their ornamental horticulture industry will be severely impacted.

As in many other sectors of the economy, businesses in the horticulture industry have had to adapt rapidly. Online seeds and plant sales have risen sharply as people in isolation turn to growing plants as an activity to pass the time. The BBC has reported how some garden centres and nurseries are offering online personal shopping services to try and prevent their stock going to waste.

Crosslands Flower Nursery in West Sussex is confronted with the challenge of managing thousands of stems of alstromeria which keep growing but whose normal markets are blocked. In response the nursery has developed a relationship with a local florist who is able to distribute bouquets via postal delivery. Awareness amongst potential consumers has been raised via Crosslands’ expert use of social media platforms, which has ensured widespread coverage in mainstream national media outlets. The nursery is also avoiding waste, and boosting morale by working with supermarkets to send flowers to NHS workers.

Some companies have set up livestreaming videos of their products, while others are Facetiming customers to provide guidance, or posting photos on Facebook and accepting payments over the phone. For many of these businesses, moving to an online model is new, and they are having to work at pace to keep up with developments. While a movement to online businesses may ease some of the pressure and generate much needed cashflow, the HTA has highlighted that a movement to online business models is not scalable, as there is not enough delivery capacity.

The HTA and other industry associations, supported by celebrity gardeners such as Alan Titchmarsh have been campaigning for restrictions on garden centres to be removed, given that so many people are spending more time in their gardens, and that gardening can be an important activity for mental health and wellbeing while the country remains in lockdown.

It’s unclear as yet, if central government will develop a financial plan specifically to support the industry. The immediate priority for firms is to try and stay in business by whatever means they can. Scanning the medium to longer term horizons is incredibly difficult as the full impacts of the pandemic are still very much open to conjecture. The global economy is taking an unprecedented hit which will affect demand, especially for non-essential items, probably for many years to come. Equally, supply patterns will be reconfigured too as some international production areas will be damaged, perhaps irreparably. The realisation that global supply chains, much lauded previously for their efficiency, are in fact vulnerable to catastrophic disruption is likely to alter future business planning. The hand of local suppliers may be strengthened going forward – initial reports from the UK’s small-scale flower growing sector suggest that some businesses are already showing that they have the capacity to adapt rapidly to new circumstances. With change now inevitable, the horticultural industry will rely upon the strategic skills of bodies such as the HTA to lobby and organise at a macro-level, whilst the resilience and ingenuity of individual business owners will ultimately shape the industry’s future.