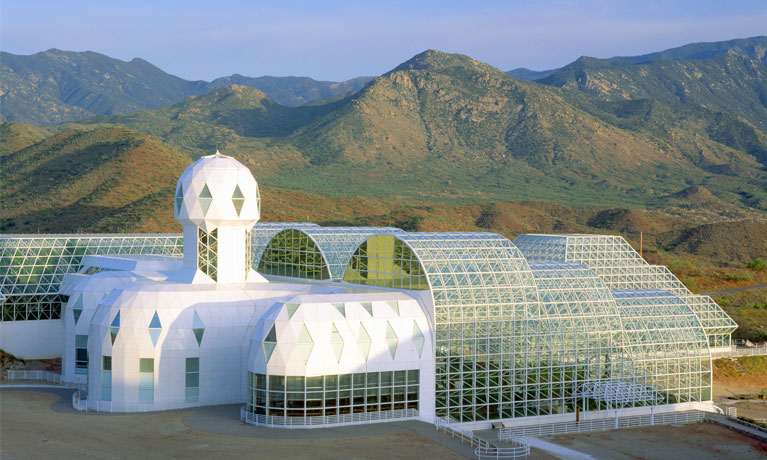 The conditions for Earth to support life are changing rapidly as climate change is destroying the fundamental systems which keep the Earth a moderate and fertile environment for humans and other wild animals. CO2 is increasing in the atmosphere and so is Earth’s average surface temperature. Atmospheric CO2 and temperature are in a “vicious” circle—it is the heat, however, which invariably impacts a myriad of critical Earth systems, such as melting ice caps and glaciers, raising sea levels and corresponding flooding, lengthening droughts causing famine and drying out forests which increases risk of fires, and, most worryingly, collapsing the global ecosystem on which humans and all other animals are dependent.

The thought experiment being conducted by Dr Chapman, an ASPiRE fellow at Coventry University, considers surviving on Earth in a future in which the vicious cycle of climate change has won out over the “virtuous” circle of Earth’s life eco support systems. This is not such a far stretch of the imagination, as it has become widely accepted the “sixth mass extinction”, and the corresponding beginning of the end to the Anthropocene Age, is already upon us (Barnosky et al. 2011; Schneider 2009).

What is the goal of the research? In engineering terms, the goal is to reduce the rate of entropy of all human life support systems to prepare for a future when resources are not as plentiful as they are now. In short, the research seeks to close the gap between production and consumption in business and society, distilling life to its essentials and building from the “colonisation parsimony model”, something which is already taken for granted on space missions.

An inexpensive and durable material that supports the colonisation parsimony model is “hempcrete”.

“Hempcrete meets condition of eco-friendly material. It is made of renewable resources in sufficient quantity. Production is less energy-intensive [than traditional house building]. It has negative greenhouse gas emissions. It provides resistance and durability construction and healthy living condition. This material is recyclable” (Bedlivá and Isaacs 2014: 86).

Other virtuous circle technologies under research include:

The above is not an exhaustive list of sustainability technologies and systems, but these are the main areas currently under a feasibility study by Dr Chapman. Drawing on existing sustainability research, the contribution of Dr Chapman’s research is that it develops a conceptual framework for building a future even in the “worst case” scenario (Schneider 2009), creating a project programme plan for that contingency, but also creating a 100% sustainable way of life that will allow Earth’s ecosystem time to heal.

Biosphere 2, pictured above, is a project which originally aimed to see if humans could establish self-sustaining living on other planets, e.g. Mars, but which has evolved to support research on climate change and the possibility of living more in harmony with nature on Earth.

One potential criticism of the Earth colonisation project programme is the future of business in such a model. Would there no longer be an incentive to be entrepreneurial? Trade between communities and regions would be possible, and encouraged to maintain an “entrepreneurial economy” (Audretsch and Thurik 2000; Thurik et al. 2013); however, “municipal capitalism” (Lauremann 2016), in which private individuals own the means of production, would come to an end as there would no longer be finite resources to be unevenly distributed. Collective survival would be the only possible way to rebuild life on Terra mortuum.

According to the 2019 UN Emissions Gap Report, in order for any possible recovery for Earth, humans would have to cut their production as much as 7.6 percent every year for the next decade (UN environment programme 2019). As a logical consequence to implementing colonising Earth now, these reductions could be met and exceeded as humans reduce all pollution to zero. In short, by making the deep changes necessary to live on Terra mortuum, we might save not only ourselves, but also Earth itself.

Audretsch, D.B., Thurik, A.R. (2000) “Capitalism and democracy in the 21st century; from the managed to the entrepreneurial economy”. Journal of Evolutionary Economics, 10, 17-34