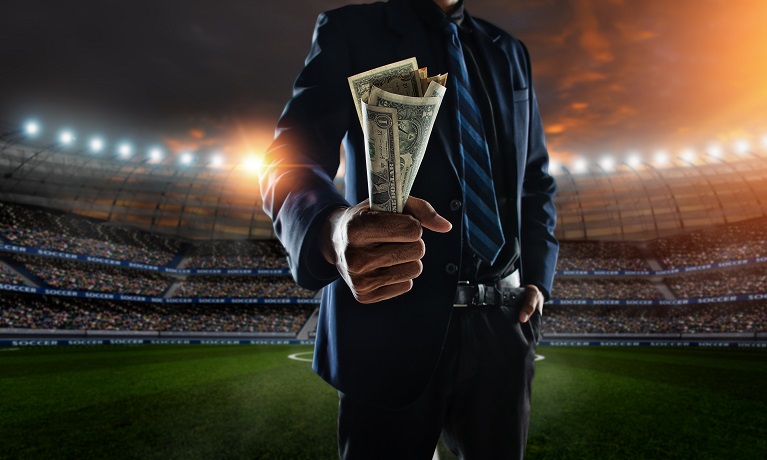 By Dr Tom Bason, Centre for Business in Society (CBiS)

On 7th October 2021, Newcastle United was taken over by the Saudi Arabian backed Public Investment Fund (PIF). With the fund having assets of $450bn (Agini, 2021), attention immediately turned to the upcoming January transfer window.

But, despite PIF having assets that surpass any other European owners, some restrictions may prevent the big-money signings that many expect.

Amortisation is key when it comes to looking at the financial regulations in place.

The immediate restrictions facing Newcastle are the Premier League’s Profitability and Sustainability regulations (Premier League 2021: 128). These discourage clubs from making a loss above £15m in any year but crucially bans clubs from losing more than £105 million in any three years. These losses are primarily restricted to football activities, with any spending on youth or women’s football, work in the community, and fixed, tangible assets such as the stadium and training ground not being included. The most significant expenses of most clubs are player wages and amortisation of transfer fees.

Newcastle’s transfer policy over the last few years means that there is wriggle room here. In fact, they can spend additional money and still break even (Taylor 2021). AND there is the allowed £105 million permitted loss as well. This gives Newcastle an estimated £200 million to play with this year on transfer fees and wages. And if you remember back to amortisation, this is not the total cost of the transfer, but only the first year.

But, what this does mean is that in future years Newcastle may need to be more careful. They have been profitable over the last three years, but one of those profitable years will drop off the table – it is likely that in 12 months, the relevant three years’ worth of accounts will include two years of profit and one year of spending. And they will need to cover the year amortisation of any players signed in January.

And so, if Newcastle wants to match the spending of the likes of Chelsea, Manchester City and Manchester United, they will need to increase their revenues. There are four ways that this can be done. First, they can sell existing players. But logic dictates that they will not receive as much for the current crop of players as they wish to spend on new ones.

Clubs can also increase their matchday revenue. However, this is not easy in the short term – they have already sold their 2021/22 season tickets, and significantly increasing prices for 2022/23 tickets is a sure-fire way to alienate the supporters.

The third way to increase revenue is through receiving additional money from broadcasters. Again, this is not easy in the short term. The Premier League has a reasonably equitable distribution; the base rate for each club is around £85 million per season, with additional payments based on the number of times a team is shown on TV and the final league position. The additional interest may result in Newcastle matches being broadcast more often, while new players may send them up the league, but this may not result in significant, long-term increases in revenue.

Where Newcastle could potentially increase their revenue is through new commercial opportunities. They are now potentially opened up to new markets in the Middle East, and it would not surprise anyone to see them agree on new sponsorship deals. What should be noted is that the PIF would not be allowed to sponsor St James’ Park for £200 million – the Premier League handbook specifies that any earning “from a related party transaction is recorded in the accounts at a fair market value” (Premier League 2021: 128). Indeed, related-party transactions is an issue on the Premier League’s radar – they have recently voted to suspend related-party transactions for a month while discussing permanent changes to the rule (Hytner 2021). This has been a contentious issue; Manchester City’s sponsorship deals resulted in the club being temporarily banned from European competition (BBC Sport 2020).

In the short term, Newcastle United are likely to be able to spend money on new signings. But this might become more difficult in the medium term as they reach the upper limit of the Premier League’s Profit and Sustainability regulations.