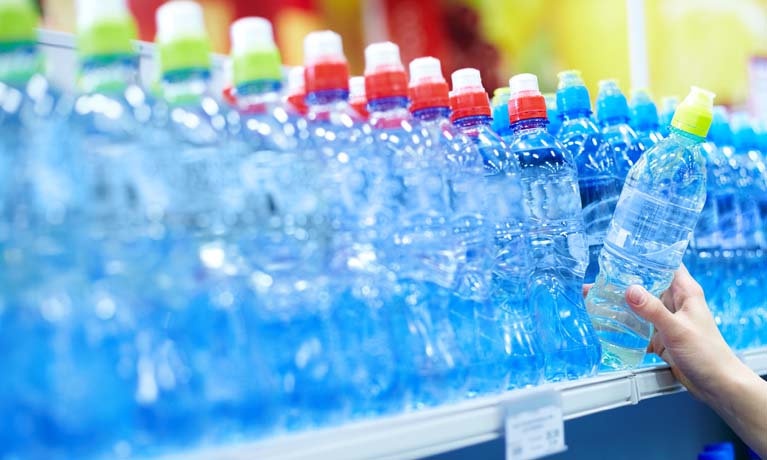 Tesco, in conjunction with reusable packaging platform Loop, has launched an initiative in ten trial stores for over eighty top-selling SKUs to be retailed in returnable/reusable packaging, rather than single-use plastics.  Shoppers will pay a small deposit and be asked to return their used containers to stores.  According to the BBC*, Tesco says that if customers at the 10 stores were to switch just three products in their weekly shop, such as tomato ketchup, a bottle of soft drink and washing-up liquid, the packaging would be used and reused more than two-and-a-half million times a year.  Clearly, this is highly desirable, but the scheme faces significant challenges and operational difficulties.

This is not just Tesco’s initiative.  It involves packaging suppliers and the many brands joining Tesco with this in-store trial at ten locations.  Each of these brands has established suppliers, production lines and supply chains, where this initiative involves switching packaging materials or substituting alternatives requiring significant disruption to procurement and production.  Any ‘small’ production run will include down-time of lines and certainly will add to the producer’s costs.  Where existing packaging is already suitable for re-use, such as switching to Fever Tree’s glass bottles, there are the logistical headaches and costs associated with collecting the used packaging from Tesco stores, separating it out for health and safety reasons, cleaning prior to re-use, relabelling and so forth.  These are significant financial and operational burdens.

And then there is the user – us as consumers.  These days, not only are we not in the habit of returning soiled and used packaging, but we must be motivated to do so.  A minority of consumers already has modified their behaviours owing to concerns about waste, global warming, damage to the natural environment and perhaps because of some, in certain circles, peer pressure.  However, the majority of Tesco’s shoppers have not embraced such new shopping and consumption practices.  So how Tesco and the cooperating brands such as Tetley, Persil, Brewdog and the rest persuade and motivate shoppers to buy-in to this trial will be very interesting to observe.

An old solution for a new problem?

Readers of a certain age will remember from their childhoods the Corona van or the Ben Shaws truck, weekly bringing doorstep deliveries of their favoured fizzy drinks and mixers.  A deposit was paid on the returnable glass bottles, which were collected from the householder for re-use each week.  However, glass packaging was the norm in those days rather than plastics, and consumers only had to hand over their used bottles at their front door.  The scheme to be trialled by Tesco and Loop involves shoppers paying a bit extra, a 20p deposit which they get back if they return their packaging in store.  The return process, while enabled via an app, still involves ‘hassle’ for shoppers, who otherwise want to get on with their shopping and then on with their day.

How many of us will modify our behaviours to join this change to our routines remains to be seen.  Consumer behaviour is far from easy to change.  Even those of us who voice our opinions so often fail to alter our actual behaviours.  So how will it be different this time?  Those behind this scheme will have to work hard to be effective in bringing about the benefits hoped for.  Simple in-store promotion and generating PR such as the piece on BBC News will not be sufficient.  This will require sustained engagement with Tesco shoppers.

… a strategic Circular Economy vision for every product

It is hoped that initiatives such as this Tesco trial prove to be successful, because retailers and producers have a real opportunity to demonstrate strong leadership in implementing reuse/returnable packaging systems at a large scale.  There is certainly a need to test and to explore different options to reduce plastic packaging waste.  However, to create a considerable impact, there is even a greater need for a strategic circular economy vision for every product in the UK, connectingproduction,consumption,and waste management at the same level of importance.  Then, these initiatives will become part of the norm, rather than a financial and operational burden for the companies committed to achieving zero waste, especially plastic waste.

As part of our research, funded by the UK Economic and Social Research Council (ESRC) and in collaboration with researchers in Canada, Brazil and Poland**, the Centre for Business in Society (CBiS) at Coventry University recently ran workshops with stakeholders from the bioplastics packaging supply chain.  We asked them to identify the most ‘infuriating’ plastic packaging in their daily lives and to explain how it can be improved.  It is interesting to see a clear disconnection with the current waste management system when observing the different plastics in packaging.  Some of the most ‘infuriating’ packaging materials are not recyclable or are very difficult to recycle or reuse.  At the same time, stakeholders want a different solution for plastic packaging that is used daily.  The latter is in line with the Tesco initiative.  Nevertheless, the key message here is that there is no single solution to becoming a zero-waste nation.  Different solutions must work systematically and strategically together – such as refilling, recycling, reuse-return, composting, smart packaging, various materials – fostering a greater commitment of all players and responding to consumers’ behavioural practices, many of which will be slow or difficult to change.