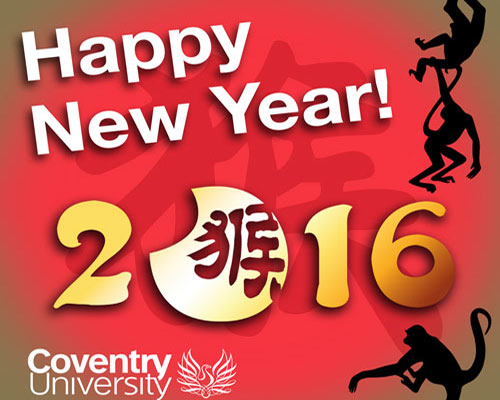 Here at unCOVered we’ve been studying the Chinese zodiac and New Year traditions to find out how we can all achieve happiness and prosperity (恭喜发财 / 恭喜發財) in 2016!

Are you a cheeky monkey?

If you or anyone you know were born in the following years, it’s time to go bananas and celebrate being born in the Year of the Monkey:

People born in the Year of the Monkey are lively, sociable and quite often seen swinging from the trees! But while they may be enthusiastic and self-assured, it’s also believed to be one of the unluckiest years in the Chinese calendar – better go out and buy a lucky charm or two…

Despite having really bad luck, people in this zodiac sign are considered very intelligent in their career and wealth so remember this when it comes to exam season!

Their gentleness and honesty lets them enjoy an everlasting love life! Although they can have a rash temper so watch out for Furious George!

Famous people who were born under the monkey sign include Julius Caesar, Leonardo da Vinci, Charles Dickens, Tom Hanks, Will Smith and Miley Cyrus – just to name a few!

The lucky signs for the Monkey are:

*Calling all Monkeys: remember our CU graduation colours just happen to be blue and gold… 😉

Which Chinese zodiac are you?

If you’re not a monkey, it’s quite easy to figure out your Chinese Zodiac sign by using the year you were born in as a rough guide. If you’ve never celebrated Chinese New Year before here’s a quick run down of some of the dos and don’ts for the holiday: