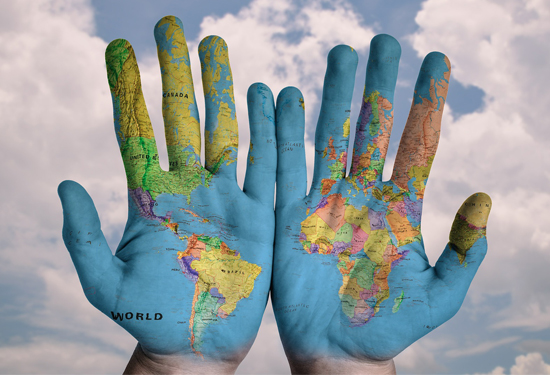 Our Student Social Media Assistant Maddie investigates, what makes us global citizens? And how learning a language could be the key to accepting each other and embracing cultures.

Are you a global citizen? I believe we all are without necessarily realising. But do we celebrate diversity enough? Do we understand different cultures? Embracing diversity comes down to embracing human kind. Regardless of gender, religion, ethnicity, beliefs, social and economical position, we are all humans and share a certain bond.

Globalisation means that it’s now possible for people from all walks of life and cultures to live all over the world. So how come we are so close to one another, yet so far away at the same time? How could we all embrace diversity more? A great way to immerse yourself in a different culture is to learn a foreign language. Learning a language is not just about learning words and how they make sense when put in sentence, but rather learning the culture of the country as well. If language is what holds you back, then give learning a try!

How could you learn a new language?

The ‘Duolingo’ app does quite a job, however, if you have foreign friends, why not ask them to communicate with you in their native language? Or even better, if you’re a huge fan of travelling (just like I am!), then I challenge you to get ‘lost’ in other countries and learn their language from the locals. I tried it, and trust me, it works! What better way to make new friends around the world?!

For an interesting talk on languages, why not give Tim Doner’s TedxTeen talk a listen?

Let me ask you…

Did you know that in any face-to-face communication only 7% of the actual message is conveyed by words? 38% of the meaning is taken by paralinguistics (the way that we say things) and 55% is in fact non-verbal communication attributed to gestures and facial expression.

So in fact it’s not always what we are saying that matters to the greatest extent, but how we are saying it and above all, what our body is communicating. This brings me to the next point:

Why is body language crucially important in embracing diversity? Although we live in a globalised world, when different cultures come together they each bring something unique, something different. We all share different traditions and habits, which might be new for somebody in a different culture. How confident are you at interacting with someone from a different culture without fearing you’ll give the wrong first impression?

You can learn about effective body language here.

Travel, learn, immerse yourself in other cultures and embrace diversity, and you’ll be a global citizen!

If you have had any fantastic learning experiences with languages, different cultures, foods, countries etc. we’d love to hear your travel stories, so get in touch!