Spring is on the way and that can only mean one thing: it’s time to start getting excited for summer. Arguably the best memories of summer are made spending time with your mates, and there’s no better place to do that than at a music festival. Here’s our hitlist of festivals that should be on your radar this year.

For the pop punk, emo, metal and ska fans out there, Slam Dunk Festival is the perfect festival for you. Being May bank holiday, it isn’t really summer, but it can be a good way to kick it off. Slam Dunk is a metropolitan day festival where you don’t have to worry about getting muddy in a field. With venues spanning the North, South and the Midlands, no matter which CU campus you are at you’re only a short journey away.

Nestled in the gorgeous Lake District, Kendal Calling features an eclectic mix of acts spread across tons of stages. 2018 sees acts such as Catfish and the Bottlemen, The Libertines and Run DMC playing alongside some of the UK’s hottest up and coming indie acts such as The Sherlocks, The Amazons, and Marsicans. Selling out year on year, you have to act fast to get tickets for this one.

Spanning 3 days in April, Pop Punk Pile Up is a cheaper alternative to the bigger, more well-known festivals. Hosted at The Venue in Selby, this festival features some big acts alongside smaller up and coming bands. Expect to see Mallory Knox, Room 94, Blood Youth, Grumble Bee and The King Blues. With full weekend tickets at only £36.65, it’s time to don the red plaid, get the pizzas ready and get yourself to Selby.

Y Not Festival has a very similar headline line up to Kendal Calling, so if you can’t make that one Y Not this one? Located in Derbyshire, it features 14 stages showcasing talent big and small. At only £114.50 for a 3 day ticket, Y Not is cheaper than Kendal Calling so is perfect for those on a budget. 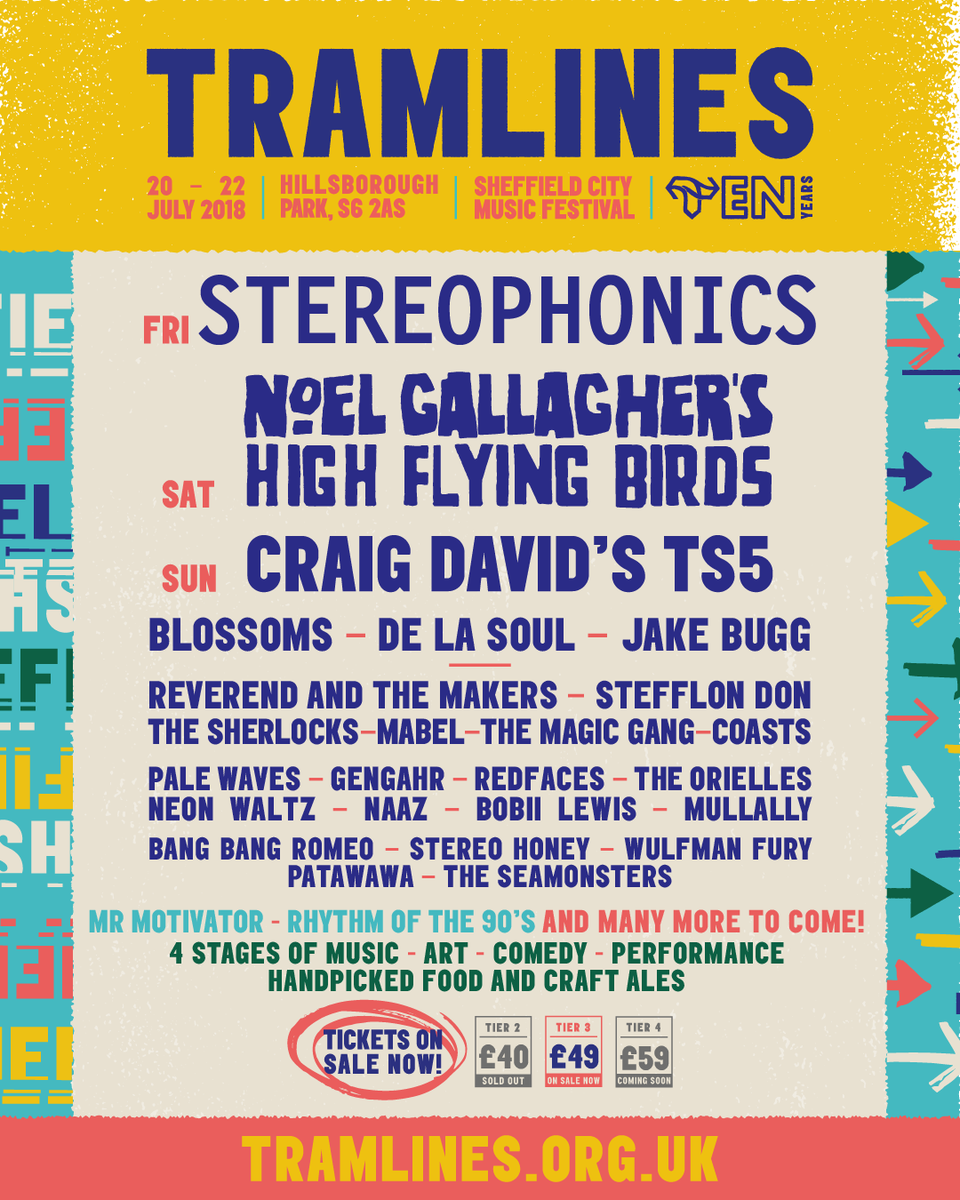 If camping isn’t your thing and your days of emo fringes and teen angst are over, Tramlines is a good alternative to Slam Dunk. Previously spread across some of Sheffield’s top music venues, Tramlines is now situated in its new home at Hillsborough Park. The move means you get the full festival experience along with a mix of food, drink and comedy, all just a 15 minute taxi ride from everything Sheffield City Centre has to offer.

For over 10 years now, 2000trees has showcased some of the best artists from the indie, rock, and alternative scenes. The rolling hills of the Cotswolds are the perfect backdrop to massive arena sell out artists rubbing shoulders with the hottest up and coming artists on the scene. This year sees the massive Enter Shikari headlining main stage, with a wealth of supports from the likes of Creeper, Touché Amoré, and Boston Manor. Taking place from Thursday – Saturday, you get a whole Sunday to make your way back home/recover before the new week.