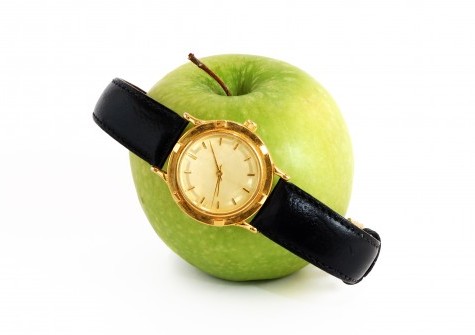 The apparently long-awaited and much anticipated Apple Watch launched this week. However, after a quick office conversation, it seems nobody is really sure what the point of the Apple Watch is.

Do we really need to be able to phone friends from our wrist? Wouldn’t we look like really inept spies if we did? And, is it possible to jog to music without yanking headphones out of your ears with every arm swing?

1. It’s not called an iWatch

The ‘iPhone-compatible smartwatch’ is now called the Apple Watch, losing its original i-title in an attempt to make it sound less geeky. (We’re not convinced). For lovers of the ‘i’ collection (iMac, iPod, iPad etc) changing the name simply isn’t cool.

2. It’s not actually available yet

Despite it’s big launch this week, and all the hoohah before, the actual blimmin’ watch is not available until the 24th April. Though you should probably start queuing now.

4. You haven’t looked at your wrist this much since year 11

All of your phone notifications will go to your watch – because holding a phone in your hand is apparently just too demanding. This means all of your texts, emails, phone calls, tweets, likes, tumbles, flicks… I predict lots of people walking into lampposts.

Oh no, the new watch does something much more exciting. The Apple Watch has a ‘linear actuator which produces haptic feedback’. What. Basically, it taps you. The watch taps your wrist when you have a notification. This is apparently a huge technical advance from the vibrate function!

So there you have it, it’s the 21st Century, and one our most recent scientific breakthroughs is changing a buzz to a tap.

I think it is safe to say that the future of human race is doomed.

Ps: About that headphone thing, you can only use Bluetooth headphones with the watch. Whilst this does mean that there are no tricky wires to negotiate, it’s slightly convenient that Apple ‘acquired’ Beats Music, manufactures of Beats wireless headphones, in 2014…

*This post is an opinion piece written by Elizabeth, it does not demonstrate the views of the university.