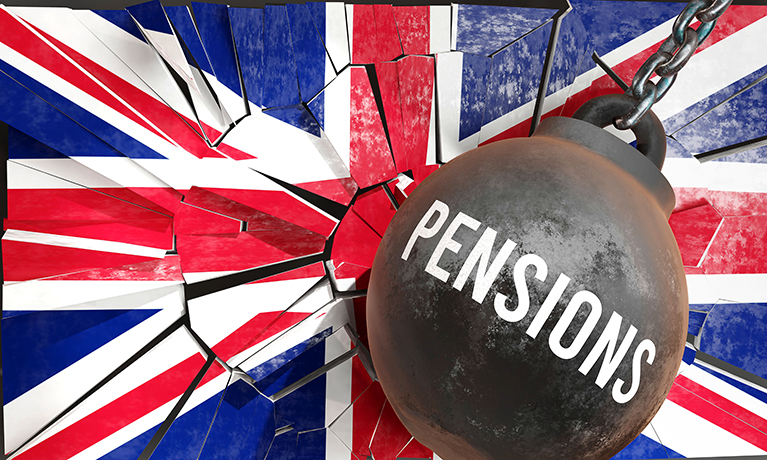 By Dr Harjit Sekhon and Professor Lee Quinn, Centre for Business in Society

Automatic enrolment into a workplace pension has without doubt been a force for good, shielding many British citizens from the worst financial outcomes of an under-invested retirement. Only a decade ago, just over half of UK employees were enrolled in a workplace pension and this inclusion was largely confined to employees in the public sector. Today, far more of us are planning for retirement, and automatic enrolment has certainly helped to bring those plans to the forefront of working people’s minds. However, for many UK employees, joining a pension scheme is still an unaffordable pipe dream and many of those who previously had a pension scheme in place were switched from a defined benefit scheme to a defined contribution, with the employee taking on the risk rather than the employer.

Consequently, while greater inclusion in a workplace pension should be advantageous for all, not all employees will benefit, which is particularly the case for those who enrol too near to retirement age and may not have left enough time to build up an adequate pension savings pot. However, while alarming, these are not the only UK groups at risk of severe financial vulnerability during retirement. Research highlights that several UK ethnic minority citizens are significantly exposed to the impacts of pension under-investment and are likely to become far more worse off in retirement than any other UK groups. Available data on ethnicity and income inequality paints a very gloomy picture around pension savings and particularly exposes a seriously troubling savings gap among the UK’s ethnic minority women.

Echoing the findings of a 2016 Pensions Policy Institute report, based on the historical accumulation of pension assets, a 2019 report by the People’s Pension[1] continues to reveal that an ethnic minority citizen is c£3,350 worse off per annum than any other pensioner group. Worryingly, this gap has increased in recent years, whereby the greatest disparities expose Indian, Pakistani, and Bangladeshi groups as seriously underinvested for their retirement. More startling are the findings of a 2019 study by Now Pensions[2], which revealed that women from these ethnic backgrounds typically have up to half the pension income of a white British male.

Reports, including the Department for Work and Pensions annual review, the Annual Survey of Hours and Earnings, and The Wealth and Assets Survey, provide useful aggregate data but do not provide the important granular level behavioural information that is often needed by decision makers. For example, The People’s Pension, while raising awareness of retirement income inequality among ethnic groups, attributes the problem to the types of low paid employment undertaken by many within these groups during their working life. However, cultural and religious understandings of the issue are lacking, meaning that we do not have the capability to sufficiently explain some of the more deep-seated and difficult to access causes of the problem.

Given that such reports are also based on an extrapolation of historical data, we know that if stark future outcomes – which, due in no small part to the rapidly increasing costs of living, will be far worse than those that are already predicted – are to be avoided, now is the time for us to try to better understand the motivations and beliefs which underpin pension investment decision-making among these groups. If we can place ourselves in a position to access and appreciate the reasons for under investment we can work with government and other stakeholders to explore how policy, and perhaps product, changes can be implemented to achieve greater inclusion and a reduction in pensions savings gaps between the wealthiest and poorest groups.

A Research-Driven Solution to the Problem

While research by Scottish Widows[3] highlights that 56% of respondents within ethnic minority groups in the UK are worried about running out money during their retirement, it is scandalous to recognise that so little consideration has since been geared towards understanding how or why individuals in these groups make their decisions to not save into a pension. Do they look to alternative, and potentially less beneficial, financial arrangements, for example? Are there historical, cultural or religious reasons which prevent them from doing so? While there is anecdotal evidence to suggest that this may be the case, these remain important and unanswered questions that need to be addressed before it’s too late.

Furthermore, we urgently need to disaggregate broad, unhelpful typologies (e.g. BAME) that do little to reach deeply and more meaningfully within all sections of UK society. Through a closer engagement with these financially vulnerable groups, we will be able to present richer insights of behaviour; insights which are not only historically attuned but also culturally and religiously sensitive to the underpinning challenges faced. It is possible to find new ways in which to improve both pensions policy and the range of pension products on offer. More importantly, these efforts lie central to facilitating behavioural change among the many British citizens currently heading towards an old age of poverty, desperation, and misery.